K-Exclusive: B.A.P Give Babyz “Forever” in One Night in Berkeley CA K-Exclusive: B.A.P Give Babyz “Forever” in One Night in Berkeley CA

November 8th marked a remarkable day for Babyz in Berkeley. The iconic and talented group B.A.P (Best, Absolute, Perfect) came to town to bring down the house.

Babyz have always been known to be rather passionate when it comes to their beloved boys, so it came as no surprise that the venue was buzzing with them throughout the day. As early as 8am, Babyz were staying close by to start lining up for the show to begin! Everyone waited patiently as they picked up their tickets, merchandise, and other goodies for the show.

The members held a special meet and greet for those who purchased the Platinum Baby Packages. Babyz were able to get up close and personal with their idols. They held photo sessions as well as group photos. Following the platinum entry, it was time to get the line moving and fill up the venue. Fans filtered in, rushing to their spots and preparing themselves for a night to remember. Everyone waited for their boys to come on the stage. As the time grew near, the excitement intensified.

Finally, the lights dimmed and the VCR began to play, the five members of B.A.P then took the stage performing their most powerful songs to kick off the night. There was quite the uproar throughout the venue with chanting, cheering, crying, and laughing. They performed “Warrior” and fans raised their light sticks to the beat. Though, most felt very empty hearing it without Yongguk performing along side.  They continued on with “Power” and “One Shot” causing Babyz to cheer and chant! 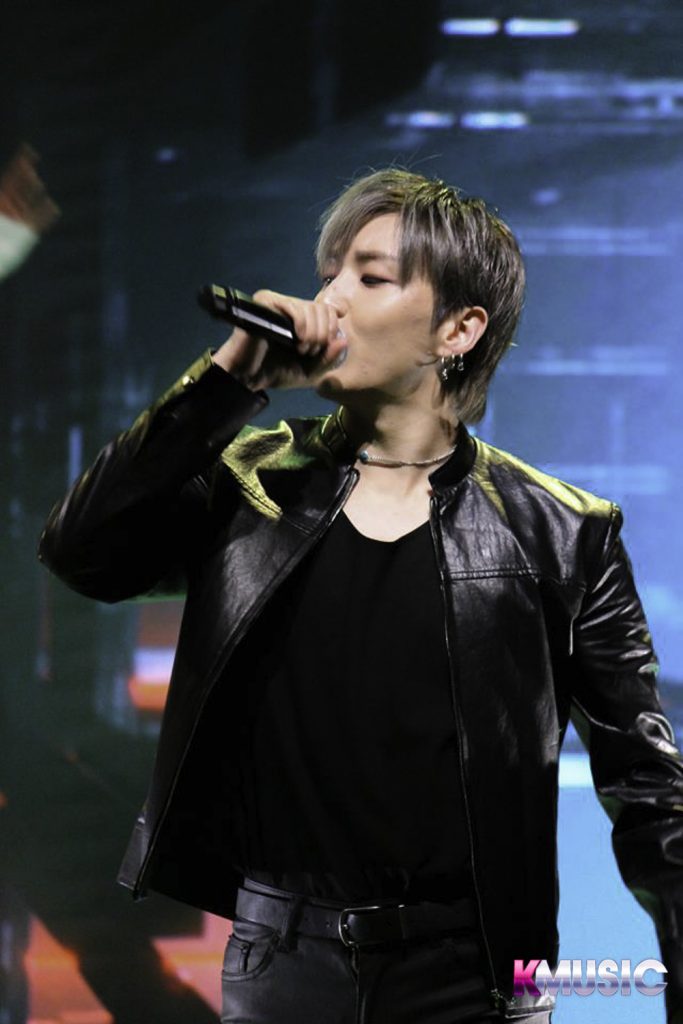 The members then took the time to introduce themselves and chit chat with their beloved Babyz for a bit. They started it off with “Hello, we are B.A.P” and the crowd screamed! Youngjae started it off on the mic saying,”It’s been a while, It hasn’t been long since we’ve been to San Francisco.” Fans couldn’t contain themselves and kept shouting, “I love you!” They then passed the torch to Zelo, who spoke in clear English, and said to Babyz, “Thank you for coming out tonight, enjoy the show.” Himchan took the mic next and said, “It’s been a long time, I’m Himchan, nice to meet you.” YongJae then shouted in English, “Hi guys! Yongjae is here!” sending the crowd into a screaming frenzy until he continued with, “Long time no see.” Jongup took the mic next and kept it short and sweet with, “Hi everyone, nice to meet you all.”  Last to introduce himself was Daehyun saying, “Hi you guys I’m Daehyun. Thank you!”

Yongjae continued on with, “I’m deeply grateful and happy that we are able to start our North American Tour,” to which he then asked Babyz to wave at him. He continued, “For this tour, we have prepared many things. We also have a new song, do you know it?” Fans cheered yes! “There is going to be a lot of activities that have never been done before, are you all ready for it?” “Are you guys Ready?!” The crowd screamed YES! Himchan continued on, “It’s been about one year right? It’s been a while but since we’re here, we have a lot of songs in store for you so I think it’s time to show you all what we’ve prepared.”

From there, they slowed things down a bit Coffee Shop, which is a song with a very jazzy piano riff and drum beat. They then continued with What Should I Say and Babyz waved their light sticks as they all swayed along to the beat. Everyone in the room felt extremely touched. They then performed I Guess I Need You, bringing the vibes up a bit with a more sensual feel. 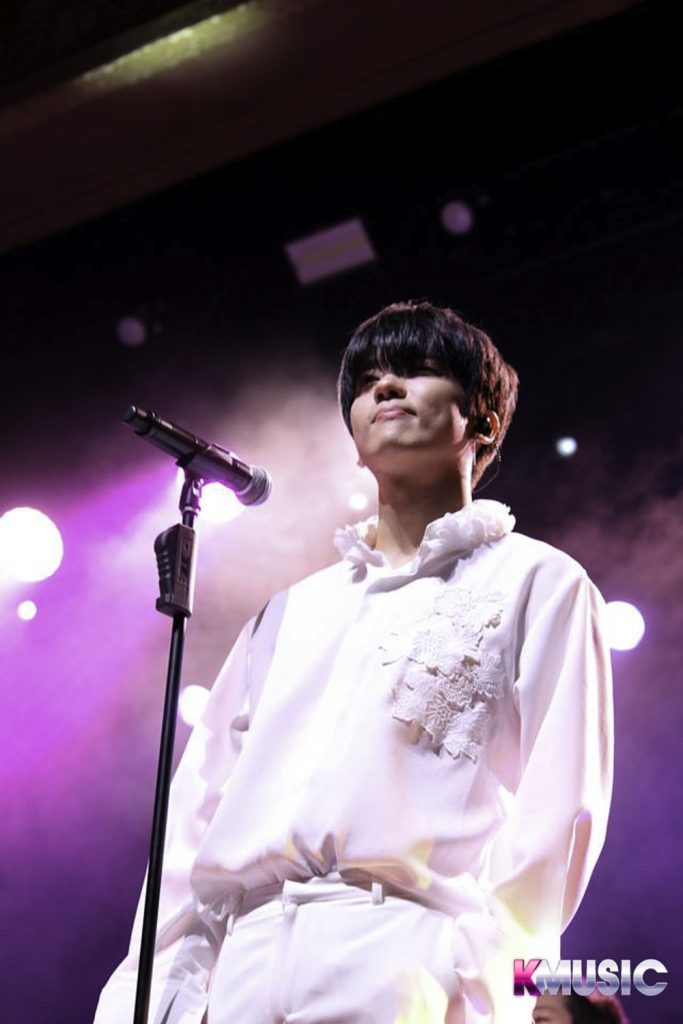 They also took some time to answer questions they drew out of a box from the Babyz. First off, Yongjae and Daehyun were asked to sing “I believe I can fly” but Daehyun was in the back. However we heard him singing from backstage which made fans giggle a bit. We found out that Jongup cant decide if he likes In n Out or Shake Shack better while Himchan prefers five guys, to which Zelo joked, “It’s because we’re five guys right?” They were also asked if there will be a new album coming up to which Yongjae said it’s a secret, leaving fans anticipating more! “Can all five of you do morning call?” Yongjae screams, “Hey WAKE UP!… That’s my morning call.” Himchan sings, “Babababa” and Jongup sings Chris Browns’ With You.  Then Zelo serenaded the crowd with a short little song. When asked Jjajjangmyun or Ramen, Daehyun and Himchan prefer jjajjangmyun while Zelo and Jongup would rather have ramen. Yongjae, being a little different from the rest, went ahead and answered “Babyz,” causing quite a commotion from the crowd.

They then took the stage again with some more performances such as No Mercy, Feel so good, and Howler. There were also a few solo performances as well by Jongup, who performed Try My Luck, and Daehyun who performed a very beautiful song, showing off his signature honey vocals. They performed even more songs like Fermata, 1004 (Angel),  Wake Me Up, and more. Daehyun and Jongup performed together with Take Off in a very sensual performance. 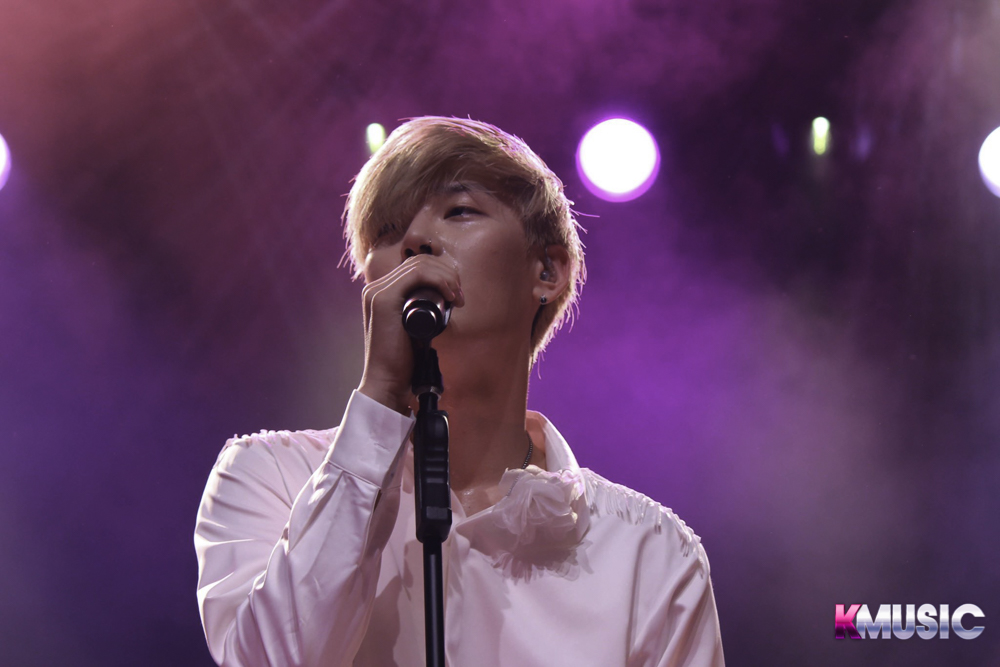 Fans were eager to dance and jump along to each song, screaming out “I love you!” here and there. They performed “That’s my Jam” and the party was jumping. Everyone in the room sang along to the song and yes, they pumped it up for sure! (Especially when Zelo took off his jacket) Someone even shouted from the crowd, “So sexy!” They kept the flow going with their song “Do what I Feel” and everyone vibed along. Babyz sure did go that extra mile and made B.A.P feel very welcomed as each song was hyped to the max by all of the Babyz. 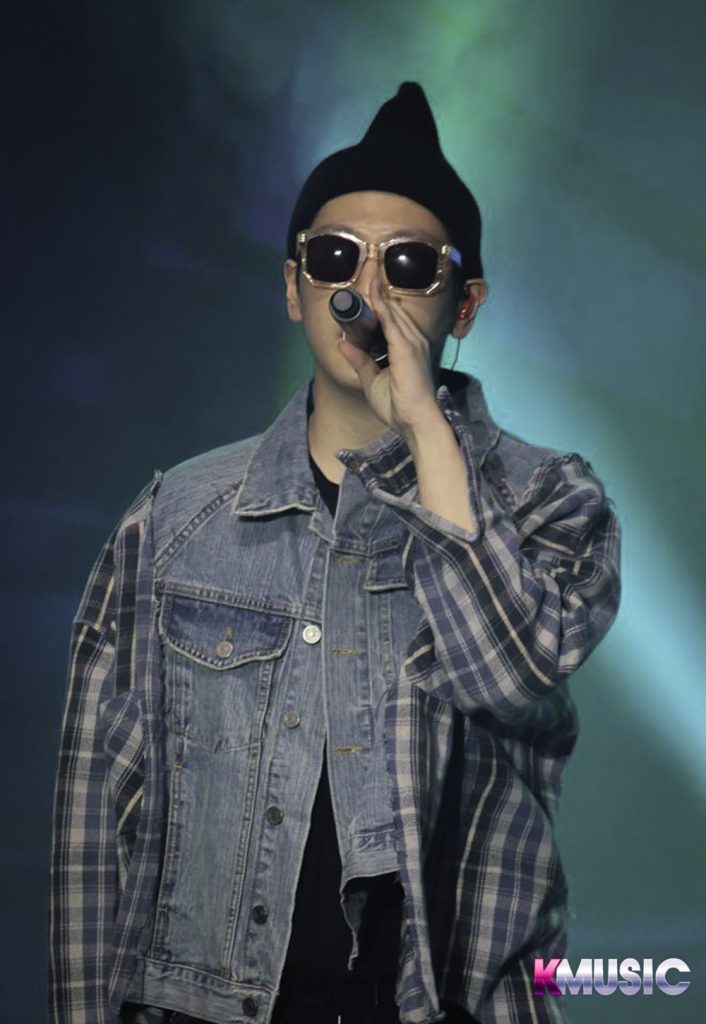 After many spectacular performances and quite a night to remember, the band announced the night was coming to an end. Though they left the stage, Babyz wouldn’t let them go just like that. They cheered and chanted for an encore and B.A.P was not going to disappoint. They came back to the stage to perform encore song “With You” to which Babyz held up a banner saying “Forever” on them, organized by #ForeverBAPsBABYz. Fans began to quiet down for this encore as it was the last songs in Berkeley and they wanted to feel it to the fullest. They finished the concert with their song, “Goodbye.” The members thanked everyone for coming out saying, “Until next time, we are, B.A.P. Thank you!”

Once the boys left the stage, it was time for everyone to leave the venue. Babyz left there with beautiful memories and a wonderful time. This show was something they all will cherish forever.

Thank you JSJ Entertainment for bringing B.A.P for such a wonderful concert and for allowing us to share this moment with fellow Babyz. Be sure to check Officially Kmusic’s Facebook for more photos of the show in Berkeley! What was your favorite part of the show? Tell us below in the comments.