K-EXCLUSIVE: Experience the duality of G-DRAGON and Kwon Jiyong with ACT III: M.O.T.T.E in Brisbane

K-EXCLUSIVE: Experience the duality of G-DRAGON and Kwon Jiyong with ACT III: M.O.T.T.E in Brisbane

Every person who attended G-DRAGON‘s ACT III: M.O.T.T.E World Tour in Brisbane last night, experienced the hypnotising duality of the K-Pop megastar. He entered as BIG BANG‘s beloved leader, G-DRAGON, and departed as Kwon Jiyong, the man behind the glitter, sequins and velvet: a treasured friend, a dutiful son, a trusted colleague, and yet still, an incredible performer.

Officially Kmusic attended the concert from deep in the swaying, screaming, Rock Zone; our exclusive coverage is below, for you to either relive, or discover, our unforgettable night with Kwon Jiyong. 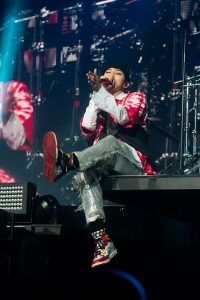 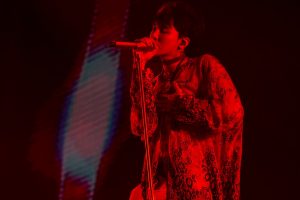 KJY: So? How’s the show? You guys like it? You having fun? You sure? Show me!

KJY: It’s my first tour and show ever in Brisbane, but…enough? [That’s] enough? [Pretends to slowly and dramatically exit the stage].

KJY: Well um, this is my second world tour, and it’s fully an honour having a world tour as a solo artist, and uh, we’re [in] Brisbane, [for the] first time. It was amazing, I mean I feel like, I don’t know what to say, um, it’s just amazing.

KJY: [points and winks] I love you too! [returns to his sentence] …initially, this album and this tour um, as you guys know, ‘ACT III: M.O.T.T.E’ and ‘Kwon Jiyong‘, is really for me, is very like, a personal project, and honestly, [it] was kinda hard to, ah, talk about myself, not as G-DRAGON, as Kwon Jiyong, you know? So…I was worried that you guys might not get me but…yes, you guys get me. So happy.

KJY: Ever since I debuted as BIG BANG to now, I have never thought about [how] I made it, here. I mean everything about myself, I mean, you guys and I made it together. So I couldn’t have made it without you guys, so [I] really really appreciate that and thank you, so much…thank you so much.

KJY: Hmm. Well um…this year, um, before June maybe? Like um, kind of like, hard times, spending like, I don’t know why, but I feel kind of alone and sometimes feel lonely, you know? And too much things, like too much happen[ing], like going on, so I was kind of like, a little too like um [makes a ‘so-so’ gesture with both arms out], but I’m great now.

BNE: [A single voice carries across the venue] YOU’RE NOT ALONE!

KJY: When I’m on the stage singing, before like, you guys, this is so special time, I feel kinda finally like healthy, in my head; all this great sh*t it just blows it all away. So thank you. Safe [gestures upwards]. And every time, [I’m] surprised that, um, that the world, all over the world, like, VIPs are like…you guys are amazing. You guys are amazing.

KJY: And actually, unfortunately, the show is almost over, and I’m not sure…when…I can come back, but, I will. I will, I promise you. So, I just wanna say thank you for coming today, and for all the support, I’m shocked…thank you…kamsahamnida.

KJY: So the next song is the last song. This song is about life. I was inspired by [The] Divine Comedy, that famous classic book by Dante, and ah, you know, for everyone, for people, like humans I mean, sometimes we feel like life is a bad movie. So, Truman Show, that movie called, um [The] Truman Show, I’m gonna like, I don’t know, it’s really hard to say but…just maybe if I sing the song, you guys can feel it. So…just, feel it.

KJY: [Performs ‘OUTRO. 신곡 (DIVINA COMMEDIA)’ as the finale for ACT II, then descends below the stage from a set designed to replicate the door in the sky in The Truman Show. Encore follows after a short break].

We filed into to a darkened stadium, and went excitedly into our sections, separate, but united in our respect for G-DRAGON, our hearts beating as one with Kwon Jiyong. It would not be an exaggeration to say that no one was expecting to wait in hushed silence with thousands of strangers, listening to G-DRAGON quietly explain his concept and his identity as Kwon Jiyong, share his heartbreak and his struggles, and thank his VIPs, all in fluent English last night.

As stadium concerts go, it was unlike anything we’ve ever experienced, and we’re certain that every single city so far has been left reeling at Kwon Jiyong‘s professionalism, sheer artistry, and passionate love for what he does. Do not miss out on this tour.

G-DRAGON‘s ACT III: M.O.T.T.E World Tour in Australia was brought to you by the hard-working teams at IME AU, Live Nation Australia, and YG Entertainment. The concert was held on Tuesday 8 August 2017, at Boondall Entertainment Centre, Brisbane.

Officially Kmusic will be bringing you live Twitter coverage again from G-DRAGON‘s Melbourne show this Saturday 12 August, so remember to head over to check out our broadcast, and tag @OfficialKmusic in your photos, for a chance to be featured on our site!

If you haven’t purchased tickets yet, you should immediately head over to Ticketek Australia and support G-DRAGON‘s solo tour.  As he admitted himself, this will be G-DRAGON‘s last appearance in Australia for a potentially very long time. Don’t miss this rare opportunity to experience an incredible night with Kwon Jiyong. 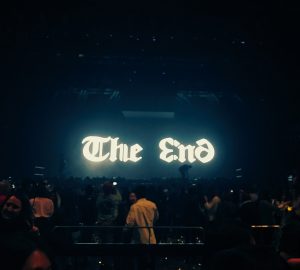