Returning after two years, the boys of Infinite brought their second world tour ‘Infinite Effect‘ to Singapore! More than 1,500 Inspirits turned up at the open press conference in City Square Mall on November 12th 2015 in high spirits, hoping to catch a glimpse of the seven talented members.

Suave as ever, leader Sunggyu, rappers Dongwoo and Hoya, vocals L, Woohyun, Sungyeol and maknae Sungjong got the fervent crowd going wild when they emerged on stage. In fact, Singapore was Infinite’s first promotional stop overseas, and the boys said they missed their lovely fans here very much!

The members took time to answer a number of questions from the media, and their answers are out to warm and melt all their fans’ hearts.

Infinite’s second world tour will be making its way to more than 10 countries and 12 cities across Asia and Europe. Talented as they are, touring can take a toll on health. When asked how do the members stay fit, Sungjong said “I feel energized just by hearing the voice of my fans! I also take vitamins and ginseng that my fans gave to me.”

And what do the members do when feeling bored back in hotel rooms? L shared that he loves to watch dramas while Sunggyu likes to play games. The witty hyung of the group also went “I also think about you guys (fans)… and my mother.” Hoya too, said he thinks about Inspirits while listening to music. Inspirits are indeed a lucky lot!

With winter knocking at the doorstep, members were also asked about their must-have winter items. Dongwoo exclaimed “My fans’ warm hearts.” Topping up the sweetness was his answer to what he would ask their fans if given the chance – “Maybe, your address?”

Dongwoo is turning 25-year-old this November and shared that he is usually overseas during his birthdays. While not being able to celebrate with his family, he will probably enjoy a great meal with his members.

With the members being like their second family, Infinite was asked to say something to the person next to them. It was no surprise when L wished for the eldest Sunggyu to take care and stay healthy for the concert! Sunggyu then pointed to Sungyeol who is next to him and went “He is very handsome!”

Hoya got Sungjong covering his face in laughter when he asked him to “please have a haircut”, while Woohyun started dropping all the English vocabulary he knew on the emcee beside him – “You sexy. You handsome. Lovely boy!”

Laughter and the atmosphere at the press conference concluded with leader Sunggyu thanking all fans who came to support Infinite, “It has been two years since our last concert here in Singapore. I am looking forward to see all of you (fans) at our concert tomorrow!”

Officially KMusic would like to thank AC Music Entertainment for the special invite. 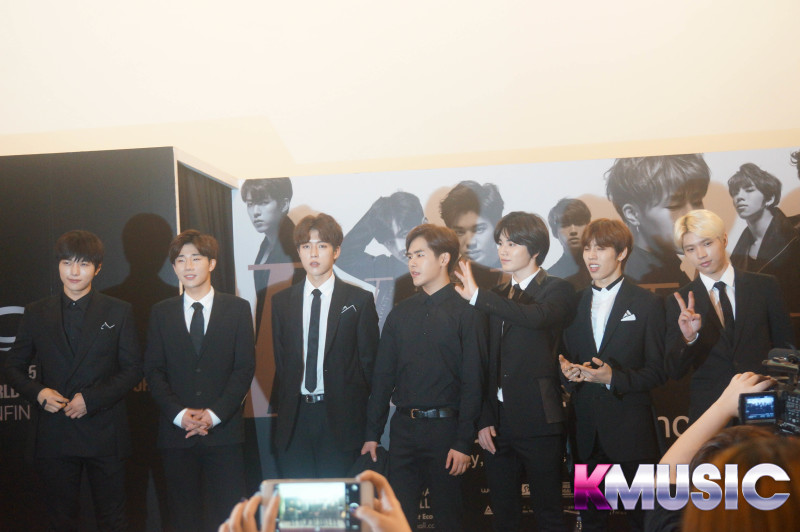 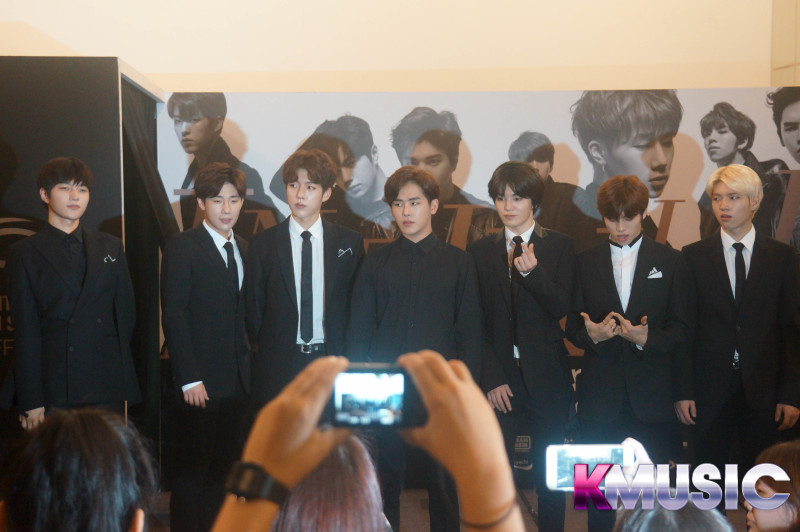 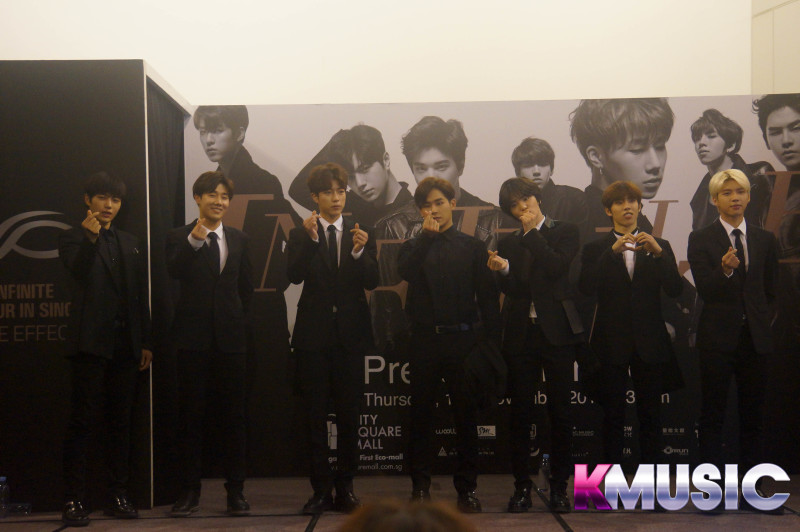 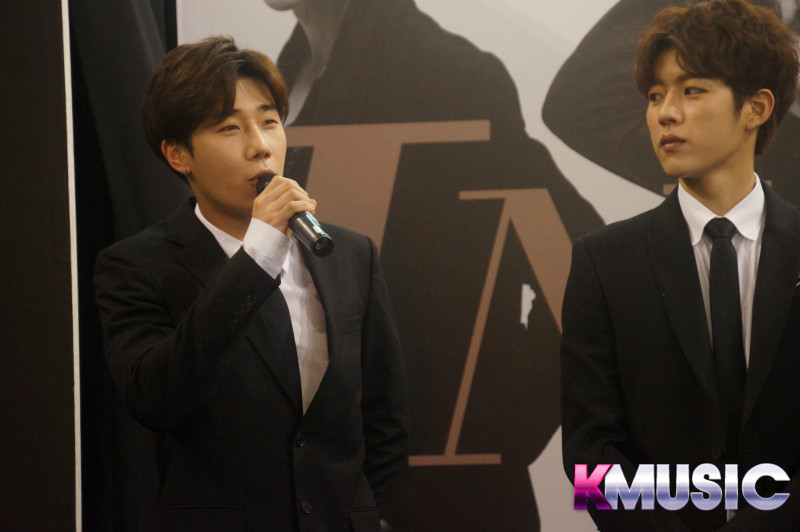 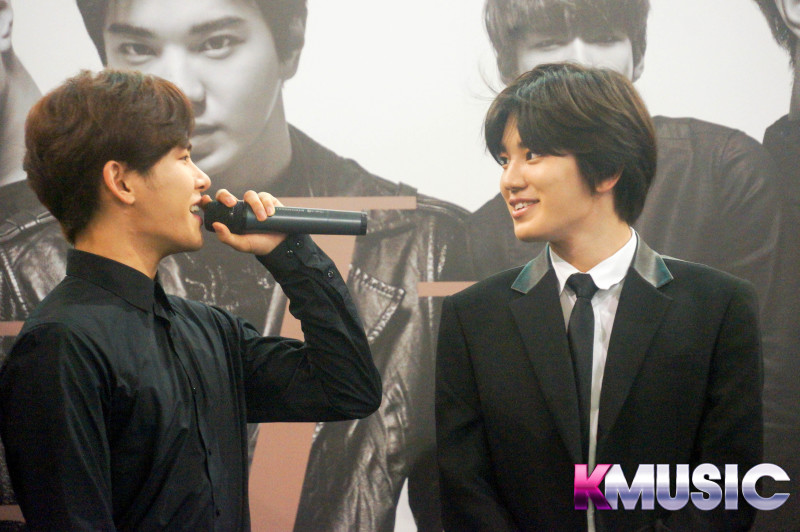 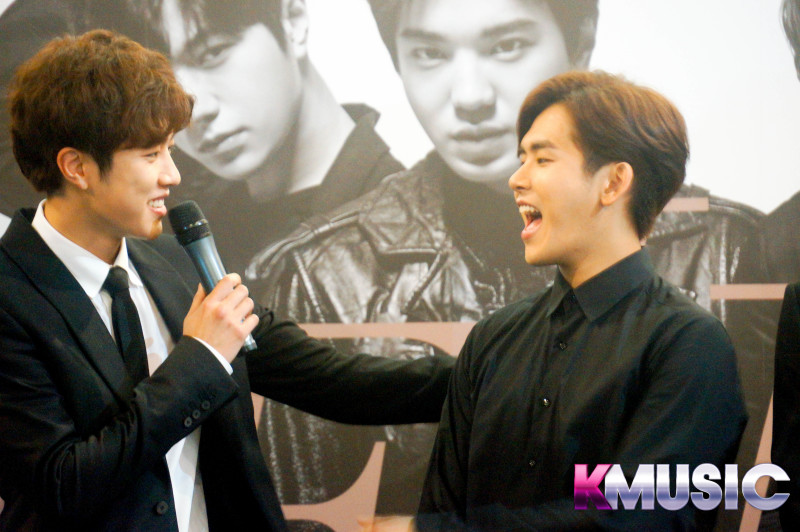 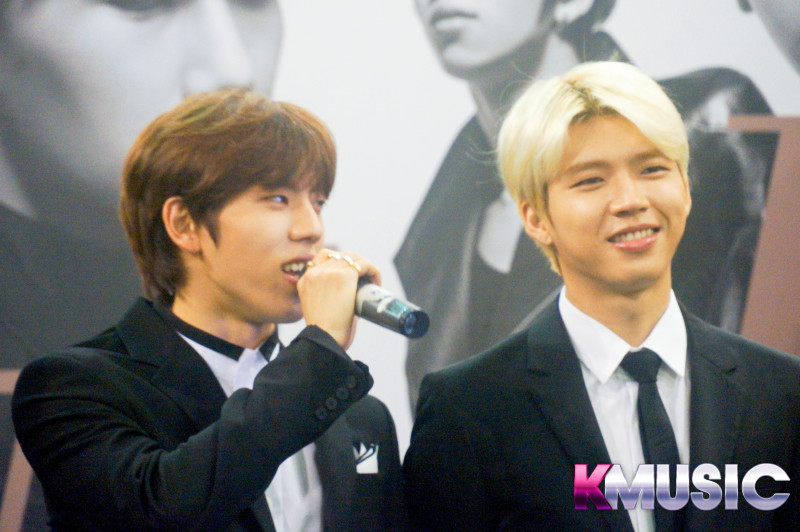 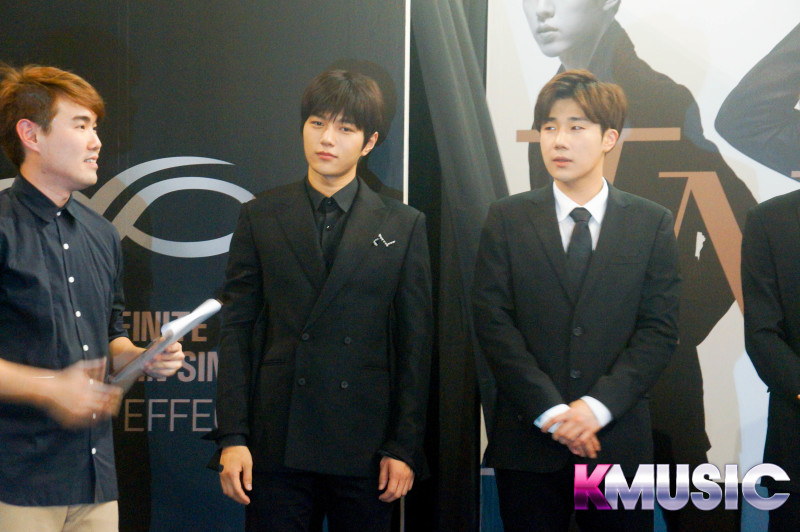 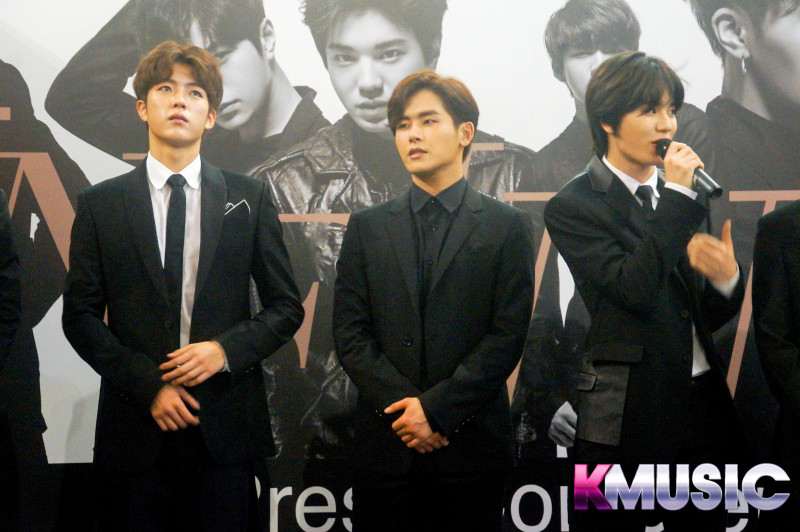 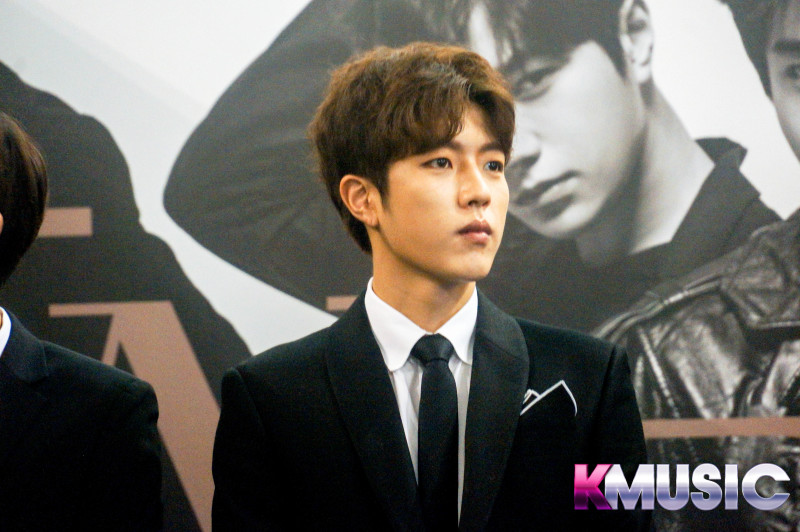 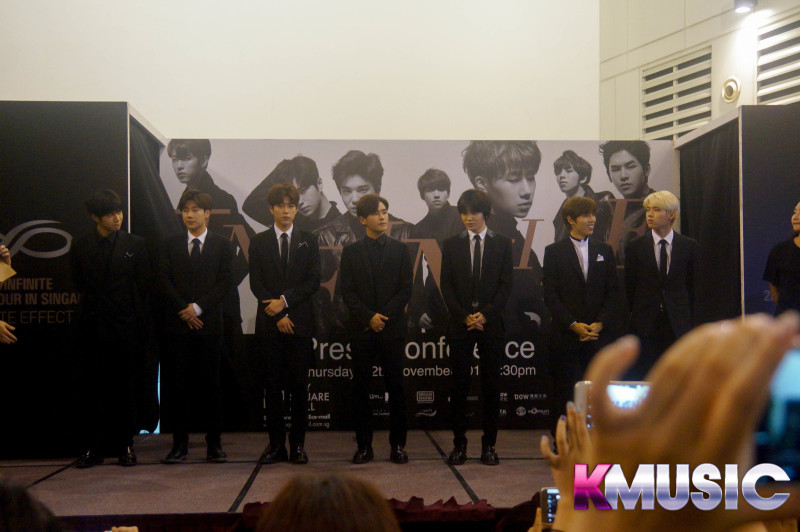 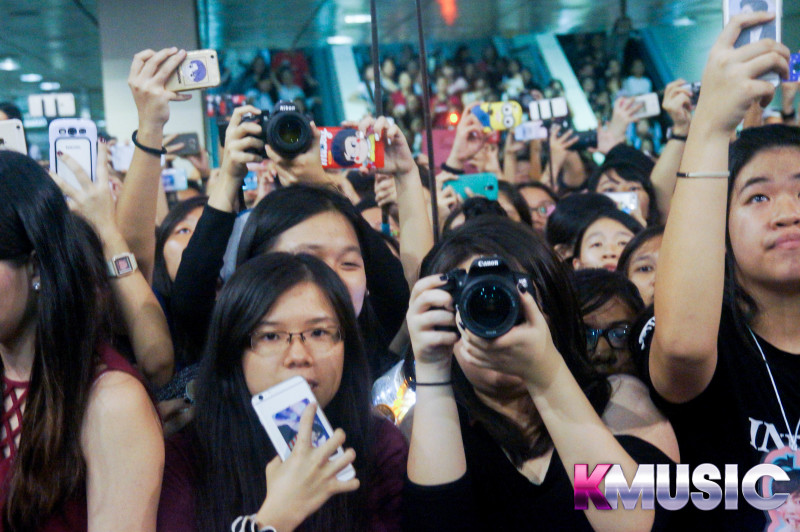 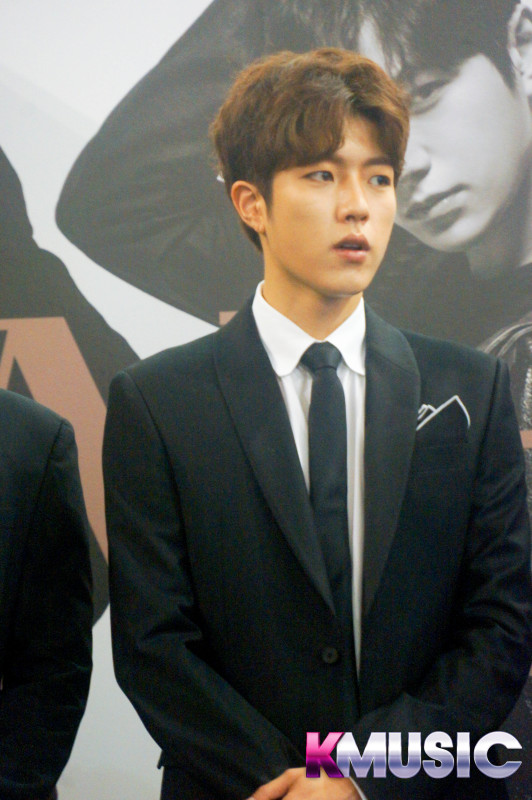 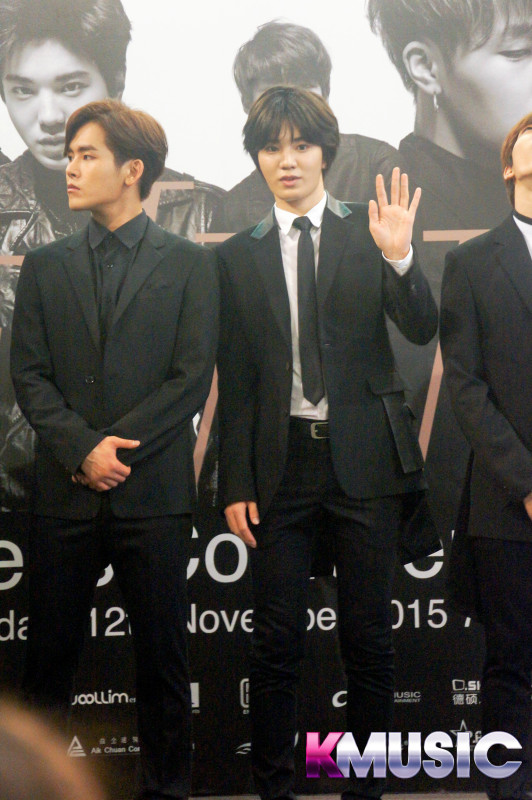