More than 2,500 fans were relished by goddesses, Apink at the phenomenal night, ‘Pink Memory Day in Singapore’, held at the MegaBox Conventional Center, on 2 April 2016. Members, Chorong, Eunji, Naeun, Bomi, Namjoo and Hayoung, together held a 3-hour long, fascinating gig, captivating fans with their new and classic hits.

The concert hall was raining confetti from the onset! Apink kick-started the night on a high note with, ‘Remember’ and ‘Good Morning Baby’, before heating up the stage with their popular debut track ‘No No No’.

But contrary to the girls’ usual performance, lead vocalist Namjoo was nursing a neck injury that prevented her from dancing alongside her members. Despite having to wear a neck brace throughout the night, Namjoo gave her all as she delivered her flawless vocals, whilst seated at one end of the stage. 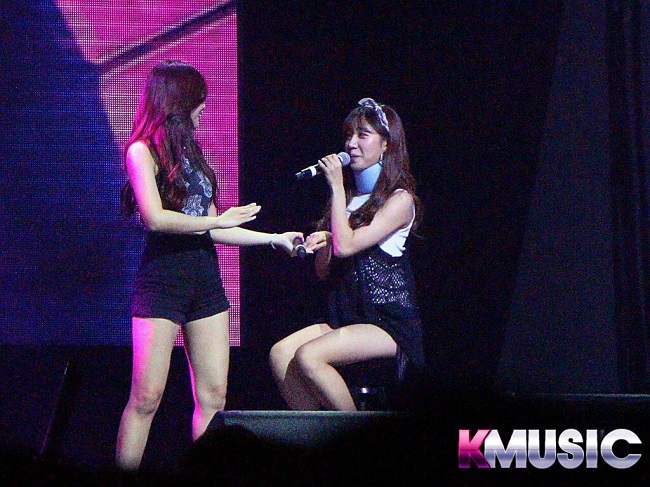 Fans were not only impressed with Namjoo’s professionalism but also marveled at her fluent English. Speaking to the Pink Pandas (Apink Fans), who were showing their utmost support with their cheering and signs with the message ‘#getwellsoonNamjoo’, Namjoo went, “I’m so sorry for not being in good condition, but I promise I will show you a better performance next time, in perfect condition. Thank you!”

Meanwhile, when asked how was (year) 2015 for Apink, leader Chorong exclaimed, “We had a lot of love from all of you. 2015 has been really great, but we hope to release even better albums and songs in 2016.” 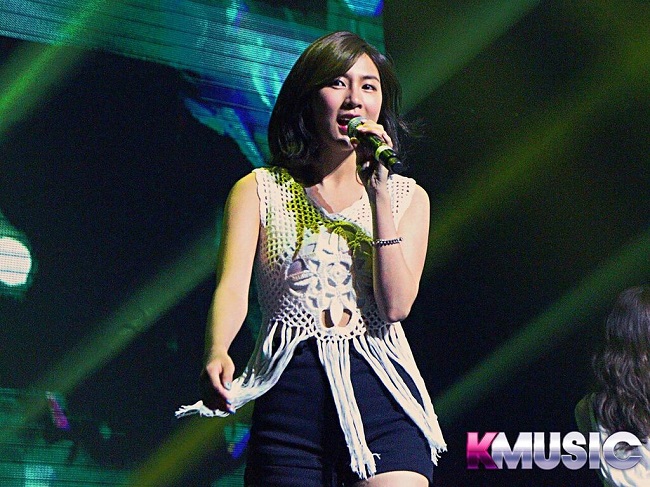 Next, fans were treated with more fabulous performances, ‘Attracted to You’, ‘Secret’, and catchy tunes of ‘LUV’ and ‘Sunday Monday’. Excitement filled the air and especially every time when the camera zoomed into members’ pretty faces that flashed across the big screen. Oh, Eunji’s beautiful smile! 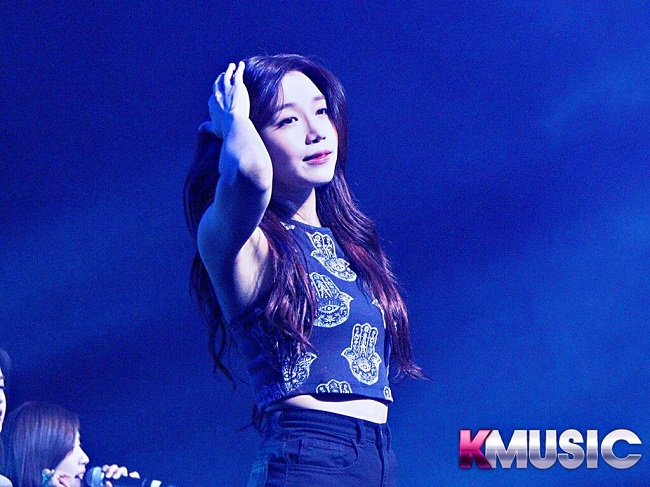 Both the girls and the  fans enjoyed some memorable fun times on stage playing games, such as chain charades and Pictionary as well. You can imagine the fan boys gushing with shyness and joy, when seeing Apink up-close doing a myriad of adorable ‘acting’ and expressions! Fans were also very much tickled by Eunji who was running all around the stage to show ‘jogging’, as well as Bomi’s hilarious and questionable drawing of ‘folding fan’. 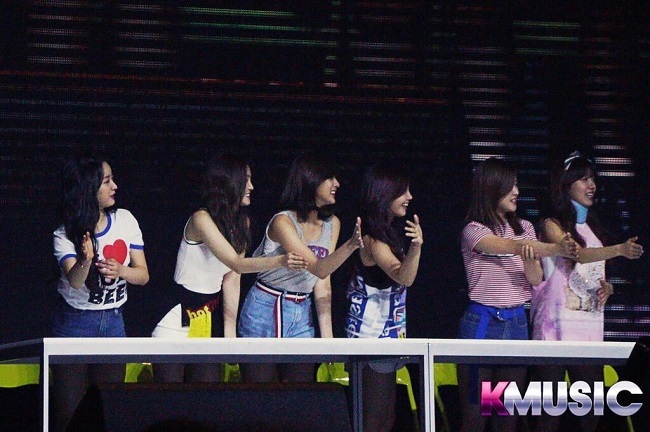 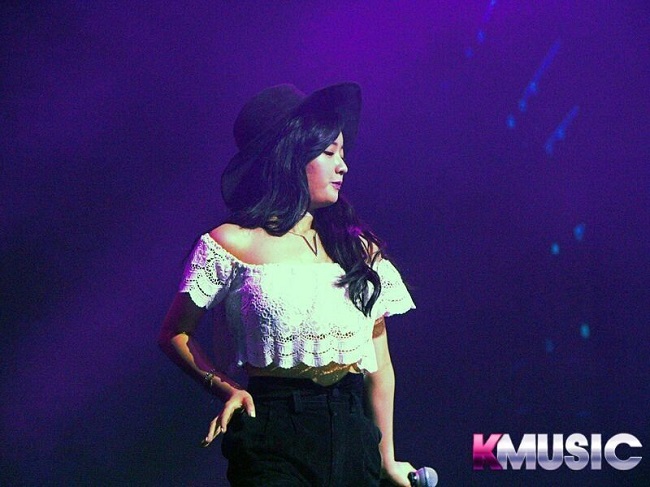 In another game, Apink were to paste post-it on the member who best fit the descriptions stated emcees. It was revealed that Eunji has the largest hands and feet in Apink, while Bomi is the fastest runner and most sensitive to heat. Meanwhile, maknae Hayoung was voted to be the member who could type the fastest. At the end, Bomi was the obvious ‘winner’ with pink post-it all over her fedora!

Finally it came down to the last set – ‘My My’, ‘Cat’ and fans’ all-time favorite ‘Mr Chu’. Wrapping up the night, Eunji called out, “Thank you so much for coming to see us. I love you all!” Naeun’s English also improved by leaps and bounds, in her closing remarks, she thanked fans for waiting for Apink – “It’s a great honor for us!” And maknae Hayoung continued, “I was so touched tonight. I really love you all a lot!” 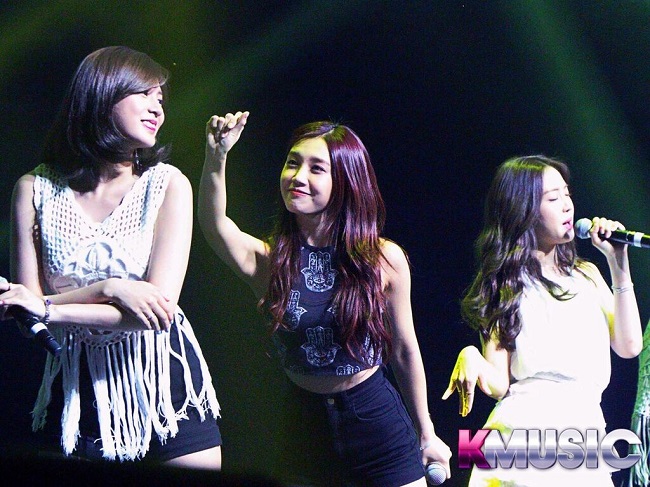 Lights dimmed! Having waited for more than a year to catch their idols back in town, fans also took the opportunity to surprise Apink with a heartening surprise celebration for the group’s fifth anniversary that left the girls touched to tears. 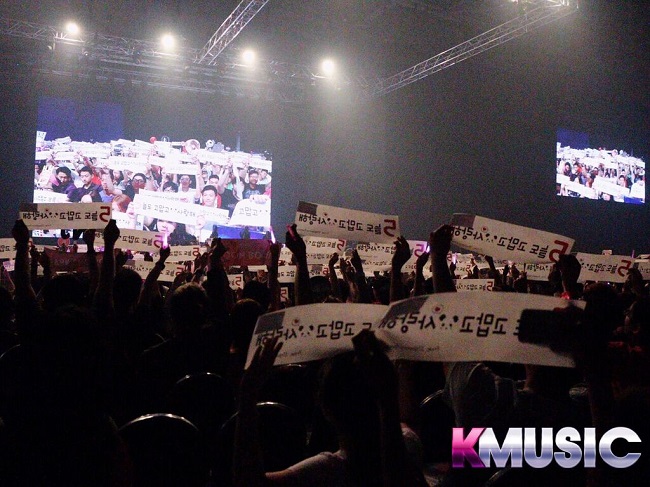 A fan made video compilations of Apink’s milestones and candid moments lit up the concert hall, accompanied by a sea of banners raised by the crowd – read “Even after five years, we thank and love you”. It was a beautiful and a heart-touching moment. 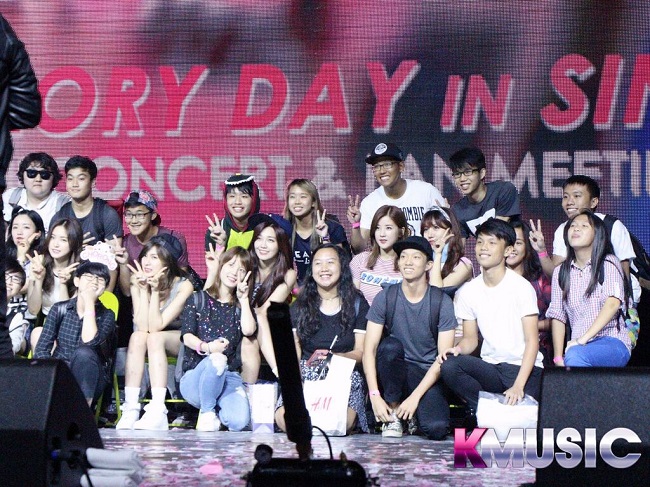 As if to reciprocate the thoughtfulness of the fans, Apink put up an exhilarating encore performance of ‘Sky High’ that certainly skyrocketed the atmosphere to a new high!

Reluctantly, Apink bid fans a heartening and temporary goodbye and Bomi called out to everyone – “Don’t forget us!”

Officially Kmusic would like to thank Three Angles Production for the special invite.

Were you one of those lucky fans who were with us at the event? Share your experience with us. Stay tuned to Officially Kmusic as we are making you experience the wonderful moments with your favorite K Stars.