K-EXCLUSIVE: R16 Day 2 – The Battle of the National Super Crews

K-EXCLUSIVE: R16 Day 2 – The Battle of the National Super Crews

Drum-heavy breakbeats fill the sports arena and fans cheer as b-boys execute feats of flexibility, power, and musicality. Both national pick-up crews stare down their enemies and strategize which b-boy or routine they’ll use next. This battle isn’t for the $15,000 prize money anymore. This is for reputation. Respect. Glory. 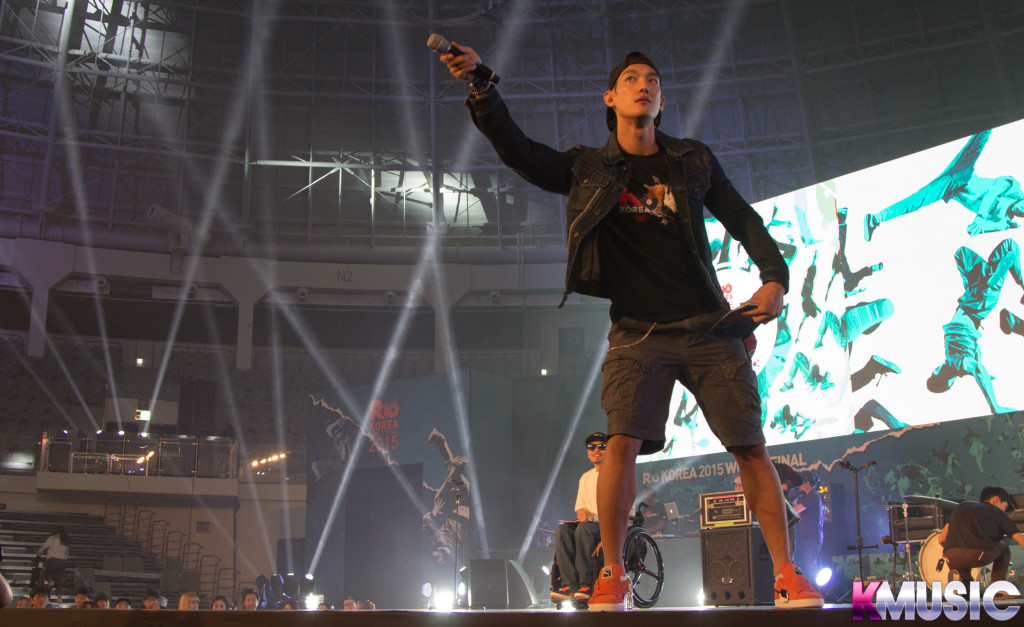 The two-day global b-boy competition, R16, returned for it’s 9th year this September 12th and 13th at Junggu JangChung Gymnasium. The search for the top teams began in February. 3000 competitors and 34 eliminations—by nation and by continental region—later, the top eight teams represented their countries in a new format. 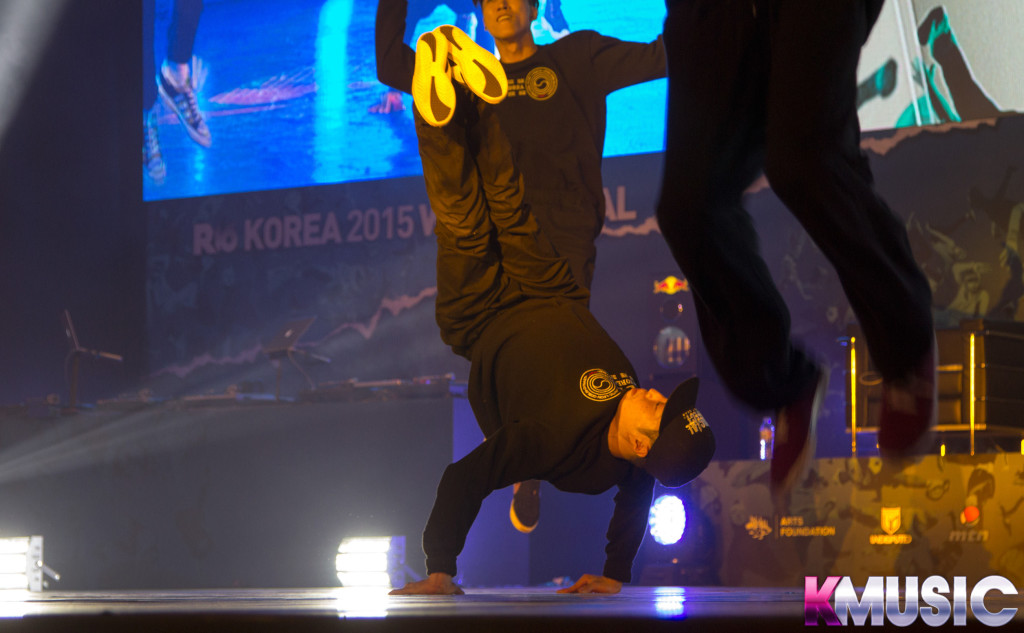 The change to a national supercrew format alongside the official category/point judging OUR System seems to be an effort to have breaking be treated as a sport. R16 Korea even released a sports-show-like web series called ‘Road to R16’ to discuss breaking under the scope of the national/regional eliminations. 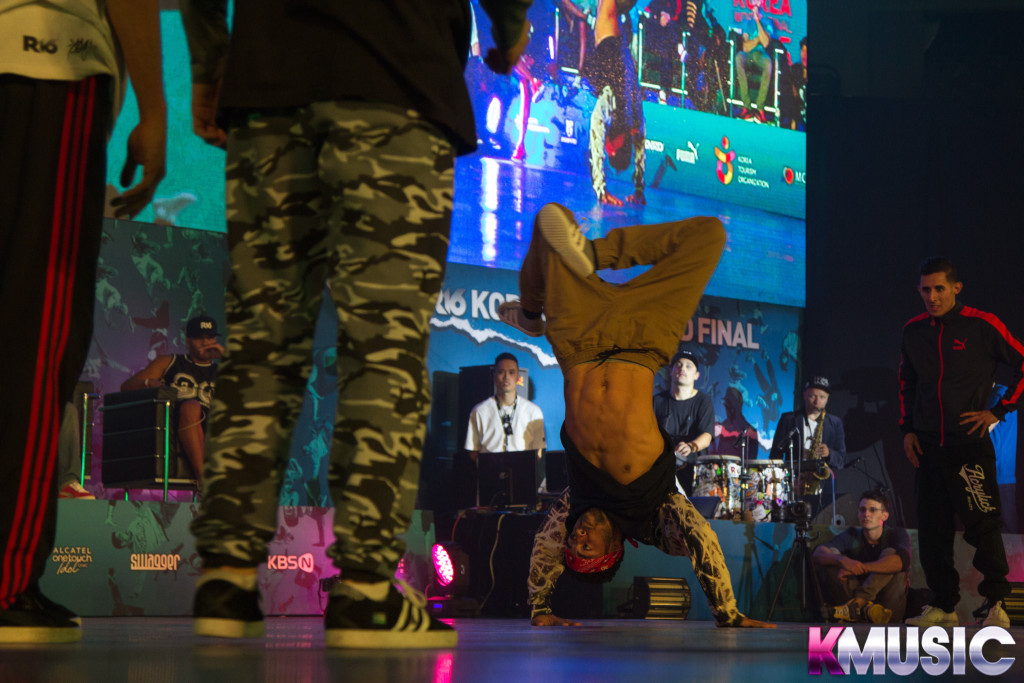 “We want to take breaking to the next level,” says R16 global producer/organizer and world renowned B-boy Dyzee in the first episode of ‘the Road to R16.’ “There are a lot of benefits to be taken as a professional athlete and recognized by your country.”

“We’re not going to bring b-boys to the Olympics, it’s not ready for that,” continued Dyzee, “but we’re going to create our own.” 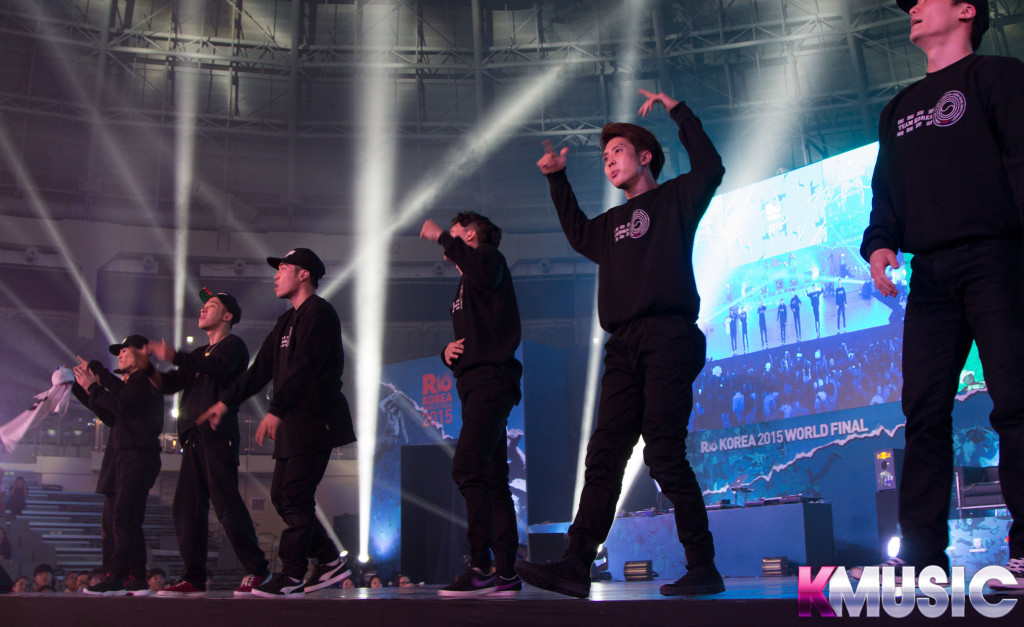 The result was heated battles fueled by national pride. The semi-finals and final battles were back and forth according to the released score sheets from R16 Korea.

“The important thing is about the country. A lot of people watching at home,” said B-boy Gun of Team Russia. “Even in this big hall, we saw a lot of Russian flags. So the energy was really good.” 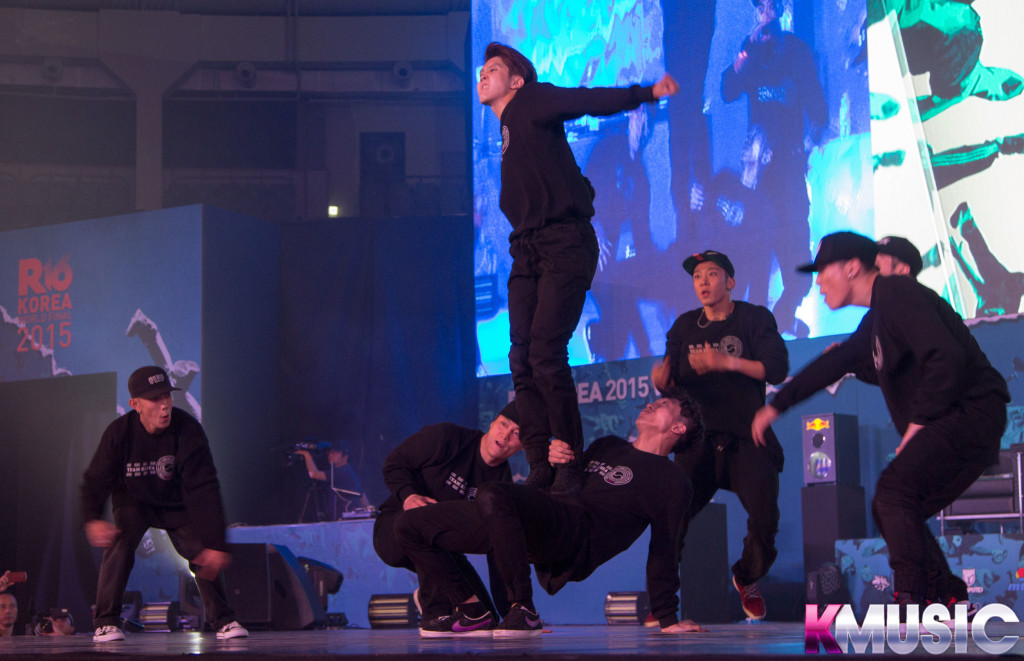 All predictions potentially made from the stats that R16 Korea provided for each team based on OUR System scores were completely thrown off by the addition of the solo b-boys and wild cards to the national crews, leaving most battle results unexpected. 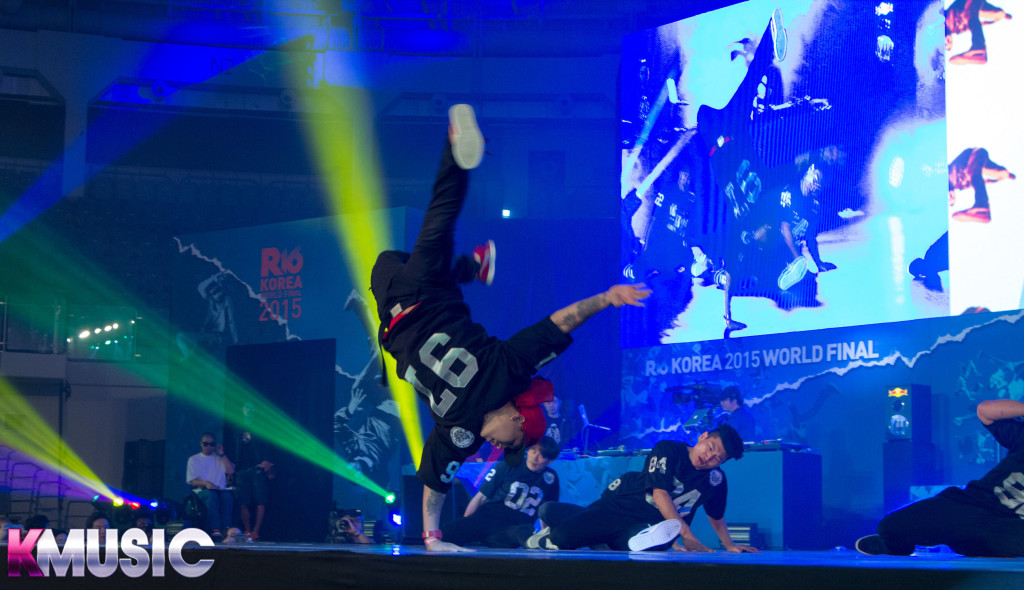 The semi-final had been slightly in Team Korea’s favor until the final round. B-boy Bret the Threat dropped a stylish set then dove sideways as his teammate—from another crew—B-boy Gravity catapults himself, arms and neck back, into the battlefield.

Explosive commandos—dancer to dancer transitions—like this disprove the worry that the new system might make the b-boys in the mixed crew feel disconnected. 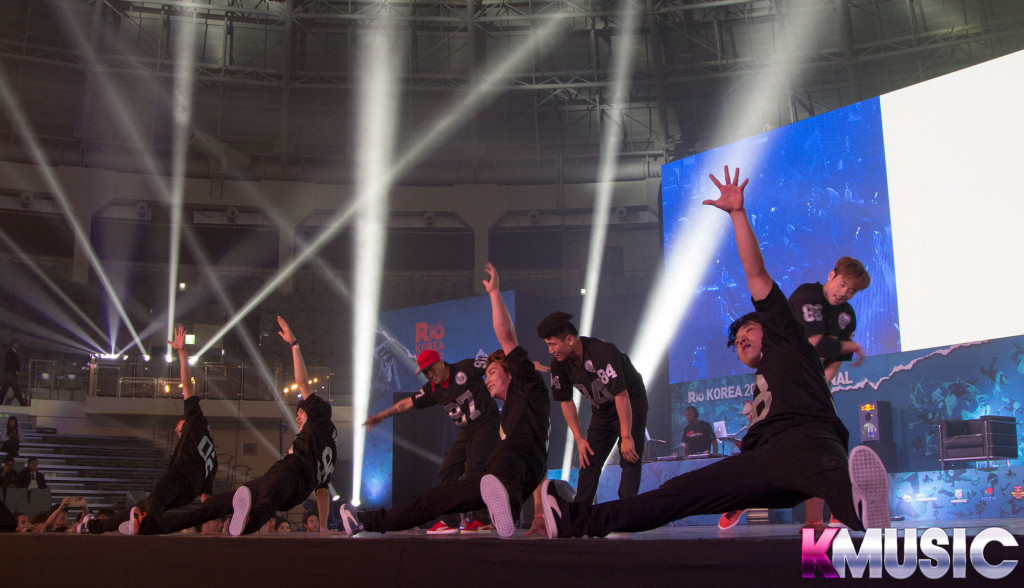 In an interview, B-boy Vero explained how the Korean team felt united as Koreans, which made them believe in each other and help the crew synergy. “I feel today that we are part of a crew,” said Vero from Team Korea. “I feel that it’s a real crew.” 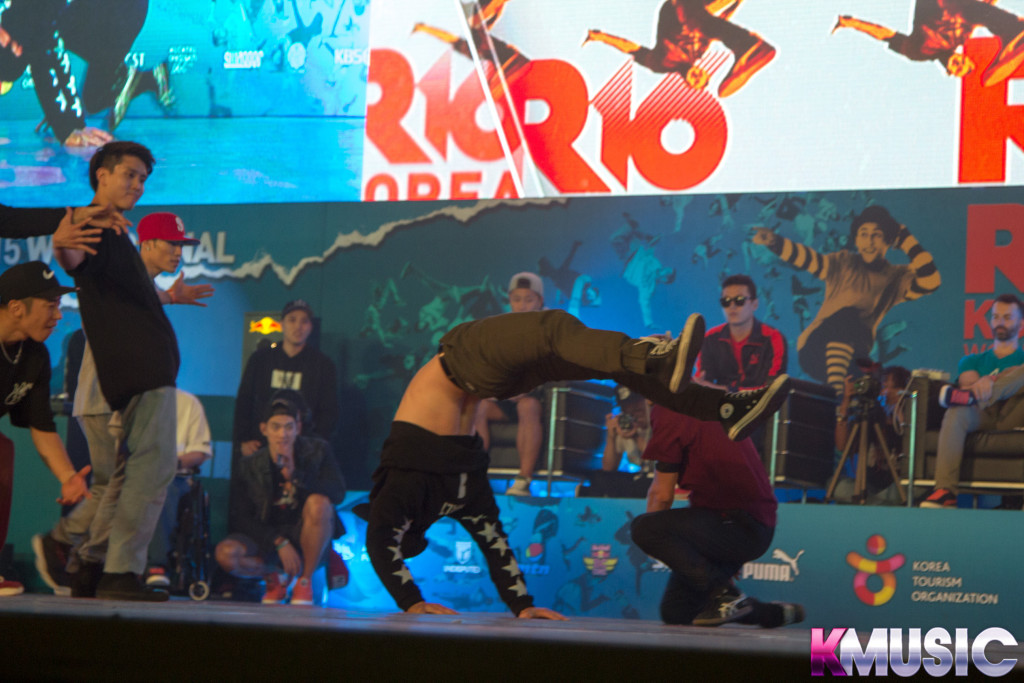 After a powerful high-flying round, Gravity tipped the score back in favor of the US just in time to defeat the popular Korean team. Gravity’s energy and sets that night earned him the stats to this year’s MVB (Most Valuable B-boy). Though this was only the semi-final of this nation versus nation event, the significance resonated as such. 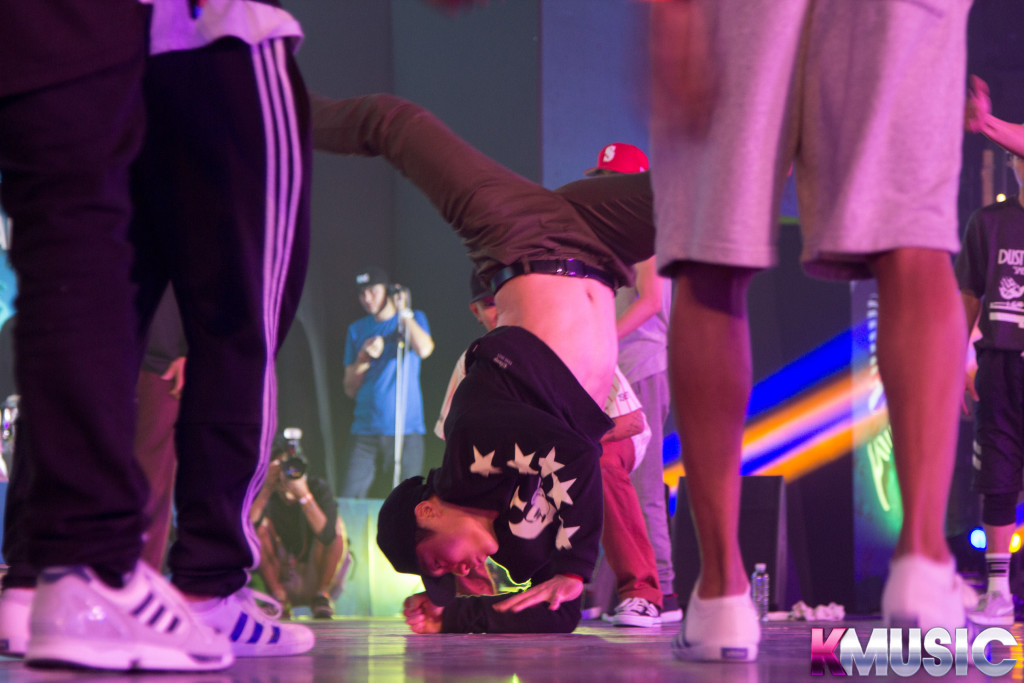 The built-in accountability for the OUR System gives transparency and reasoning to judge decisions, but doesn’t stop the people who disagree with the results. Indeed, some crowd members began leaving after Team Korea lost. Not a significant amount, but a noticeable amount. 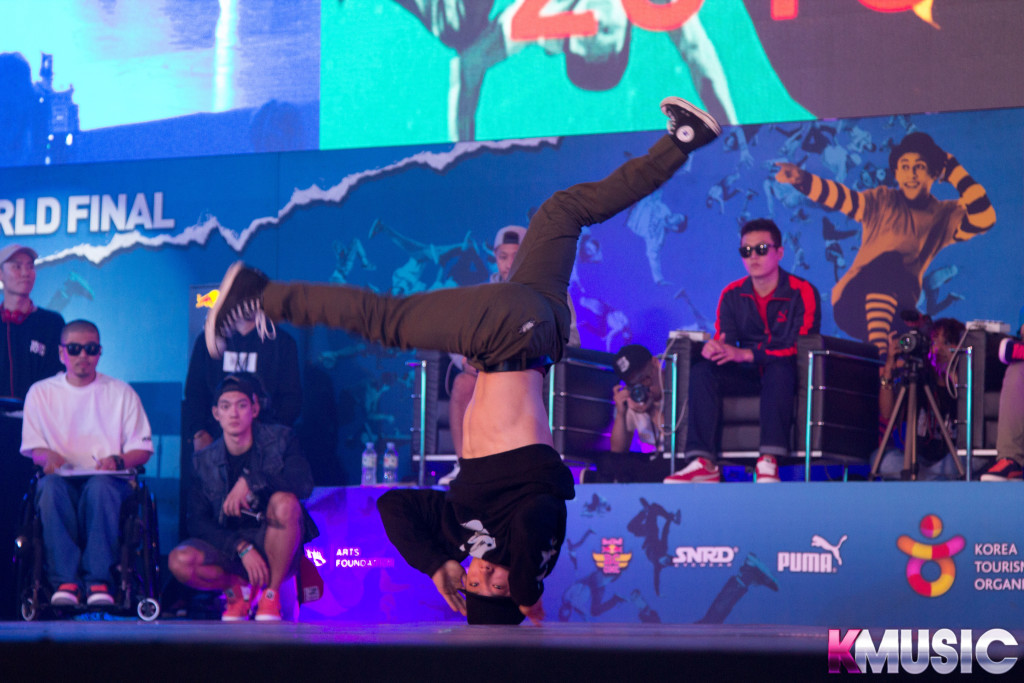 The final battle was another back and forth struggle for control of the categories between the Team USA and Team Russia. By the finals, teams tossed out more single rounds of one b-boy’s round to top the last. Perhaps both sides ran out of routines, which made each side dig deep into their reserves to represent well. 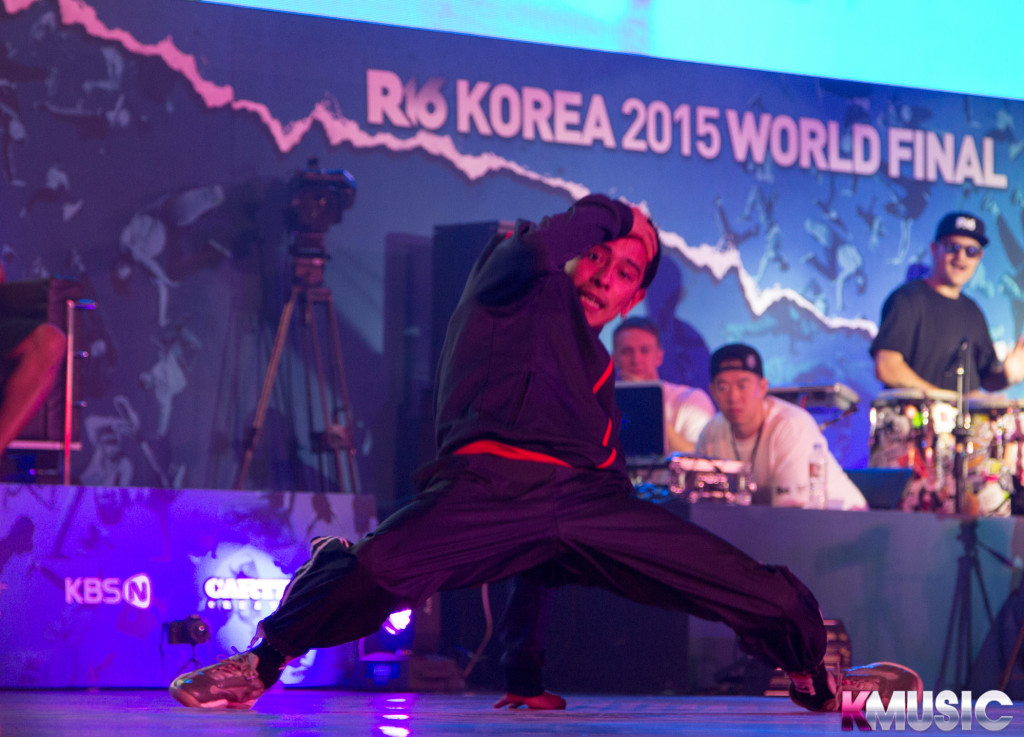 “After the battle, to be honest, some of us feel that we lose,” Said Gun in a backstage interview. The released scores showed that Team USA controlled the ‘Cypher’ aspect of the battle, which was what many old school battles would be judged by mostly. However, under the five category OUR System, Russia won three out of the five categories including originality, dynamics and execution. 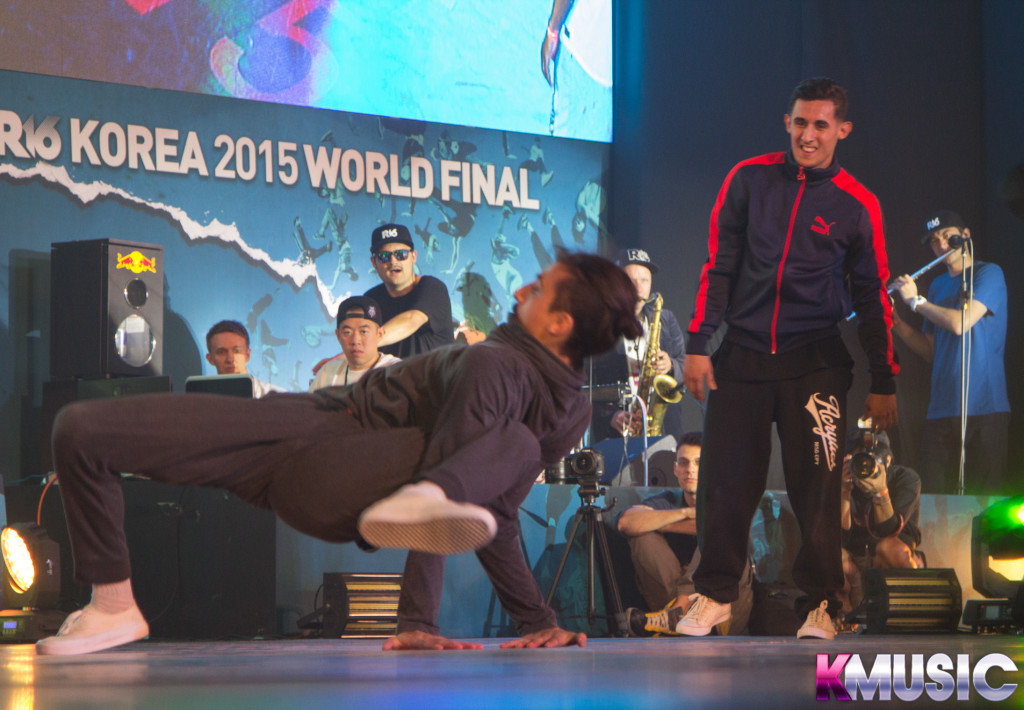 Each national supercrew had a lot of potential and the match-ups led to interesting battles throughout the night. A few honorable mentions include Holland versus Russia, Taiwan versus USA, and Kazakhstan versus Holland (you’ll notice one member of Team Holland is a younger youth). 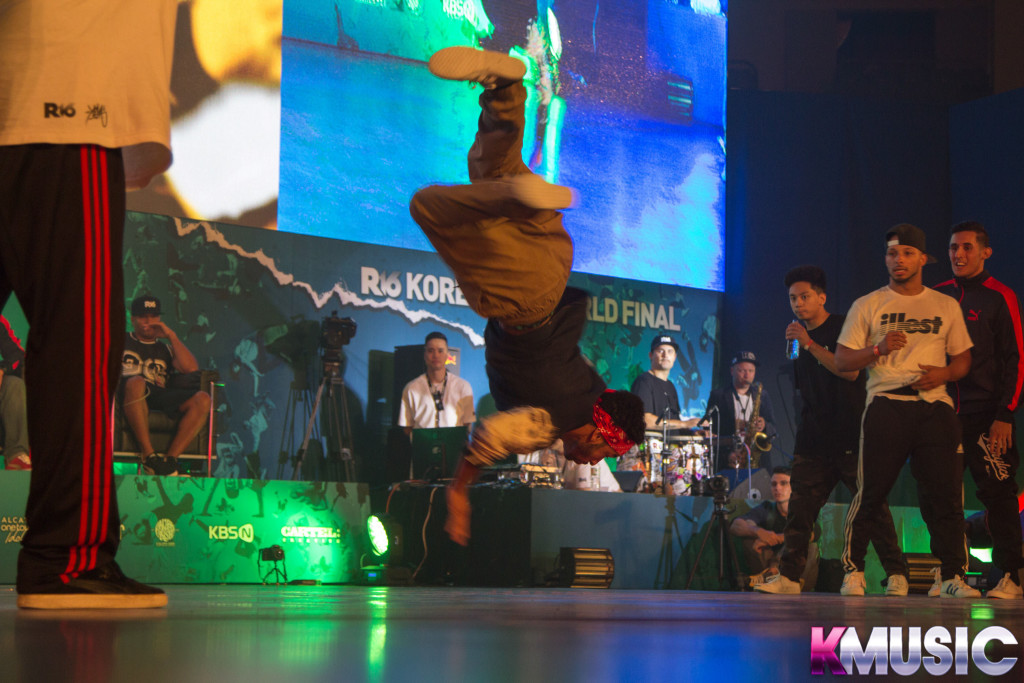 Before the heated battles, the event opened with a locking performance accompanied by a live band equipped with congas, drums, guitar, and trumpet. Everyone was suited up in black and white outfits. The lockers snapped into their poses to a medley of music including James brown and other classics. 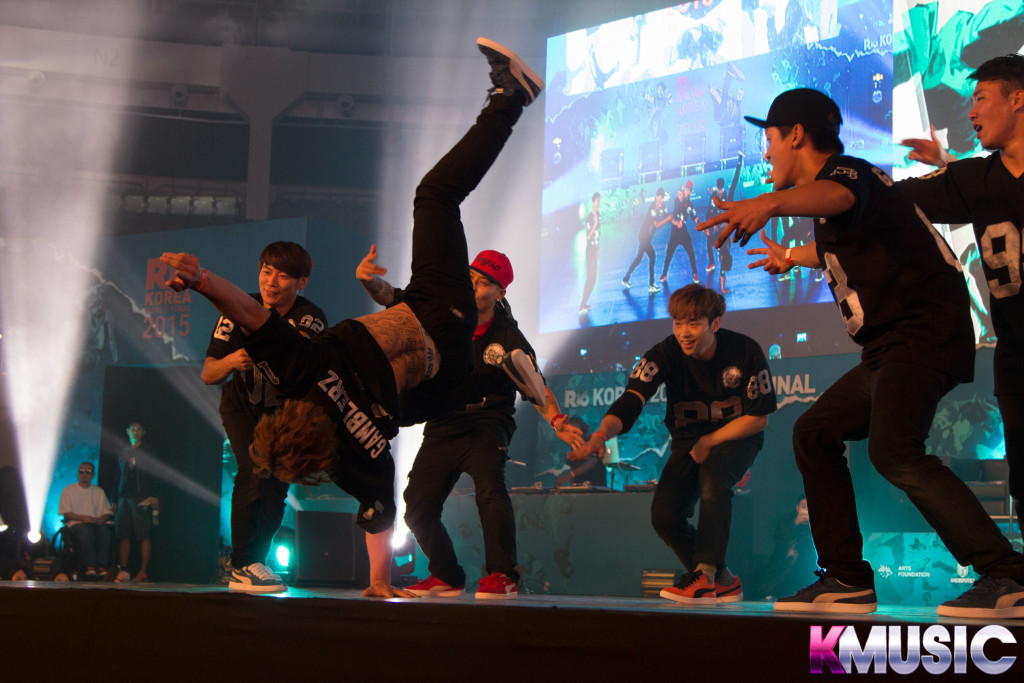 Each country performed a three to five minute showcase filled with flips, tricks, and b-boy music. According to Dyzee, the showcase was judged by the OUR System categories and used to organize the crew battle bracket by performance score. 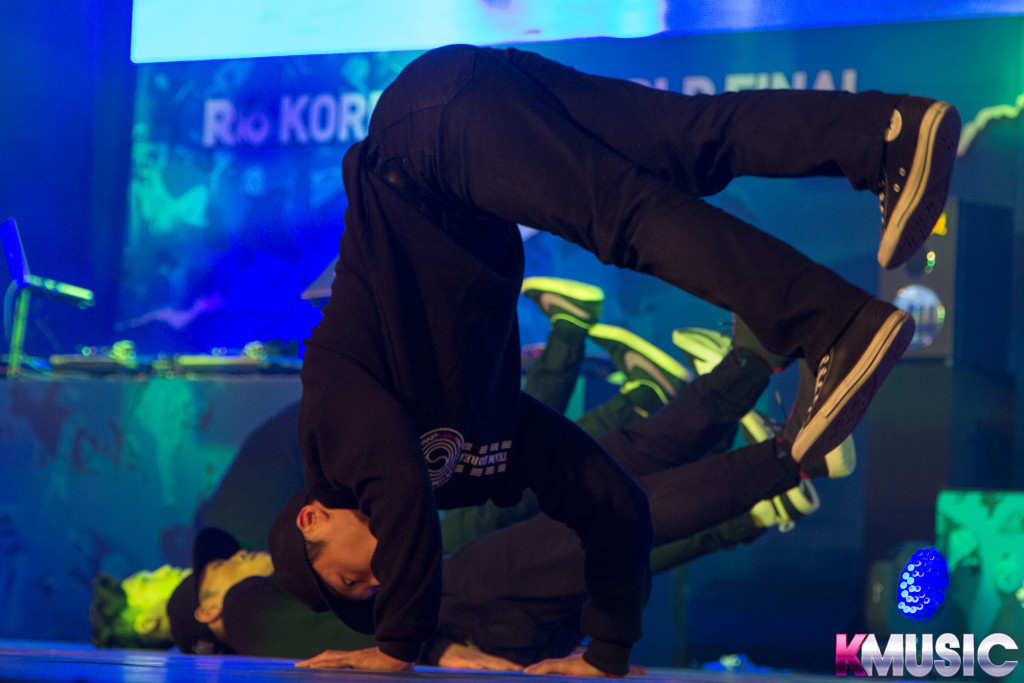 Some showcases were an amazing variety show of skills and tricks like Russia, Taiwan, China, and Korea. Others had silly skits, and transitions like the Australia Mortal Kombat ending or the US reference to the “What are those!” meme. Team USA as had an opening tribute to NWA where one member, Morris, hovered low across the floor to the song “Cruisin’ in my ’64.” 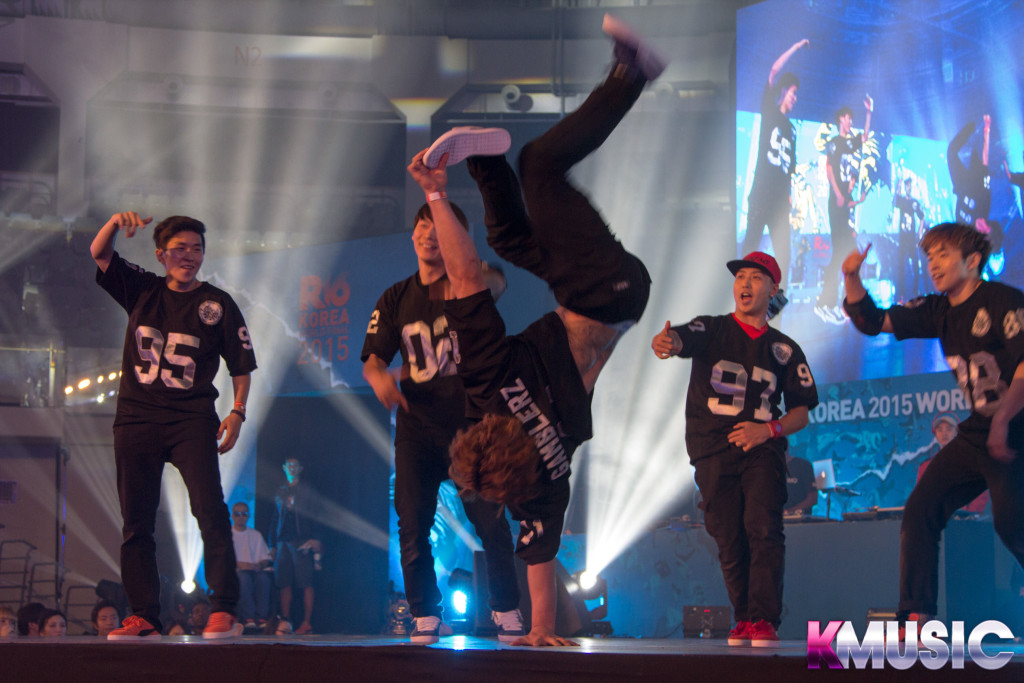 Team Holland used a variety of music ranging from electronic to Latin breakbeats. Taiwan also went through a score of music ranging from folk style music to funk and breakbeats. Team Kazakhstan’s showcase dressed in militant clothing and used more club-style music, but their musicality was impressively in tuned with the irregular music to b-boy to. 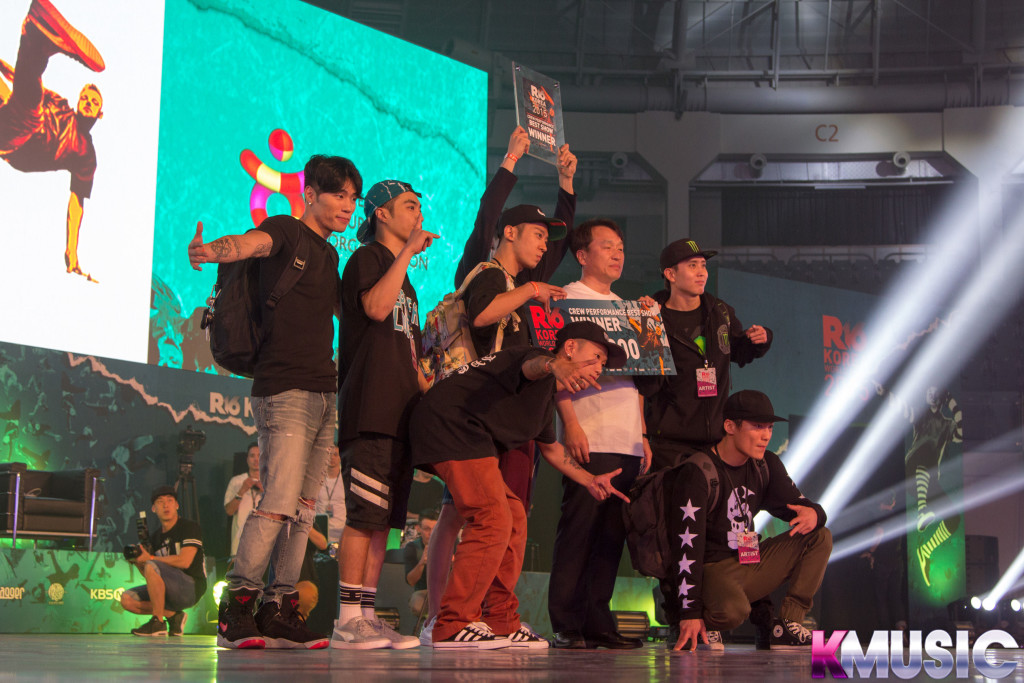 Team Korea definitely had the strongest sense of teamwork and won for best showcase. Fortunately, their members were all from the same city, allowing them to rehearse more easily than some crews, like Team Russia—whose members were more spread out throughout their country. 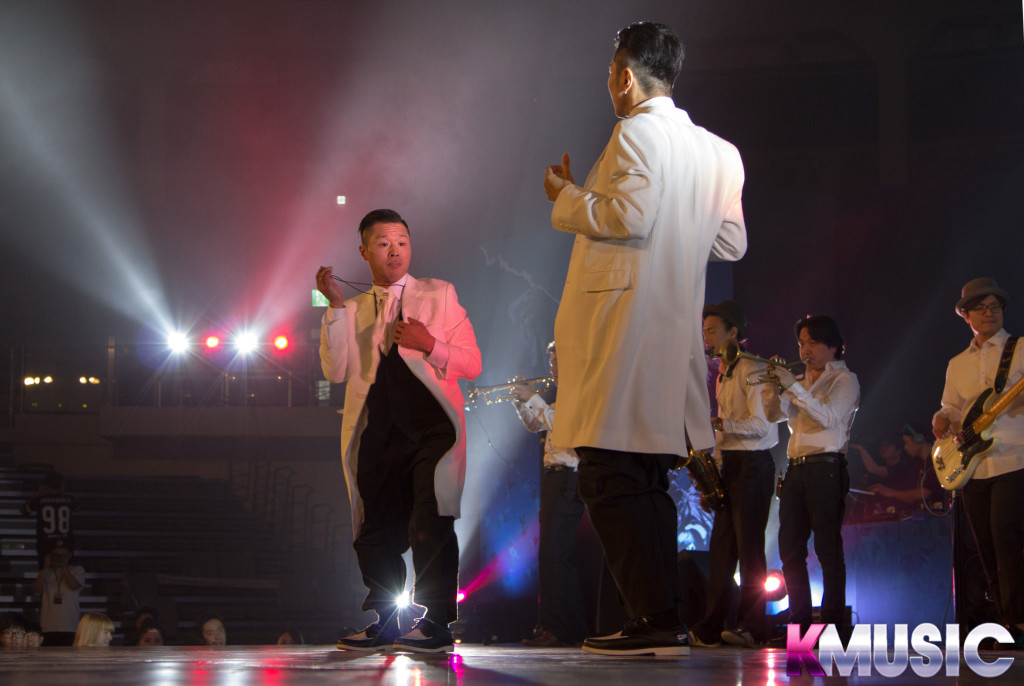 Crews rested before the finals as a Korean locking crew named Lock ‘N’ Lol performed. Their colorful outfits highlighted their clean choreography as they switched positions on stage. Even when they switched to black attire, their backs cleverly had words to spell out their crew name and the words “bboy” and “pop” as dancers in the center displayed that dance. 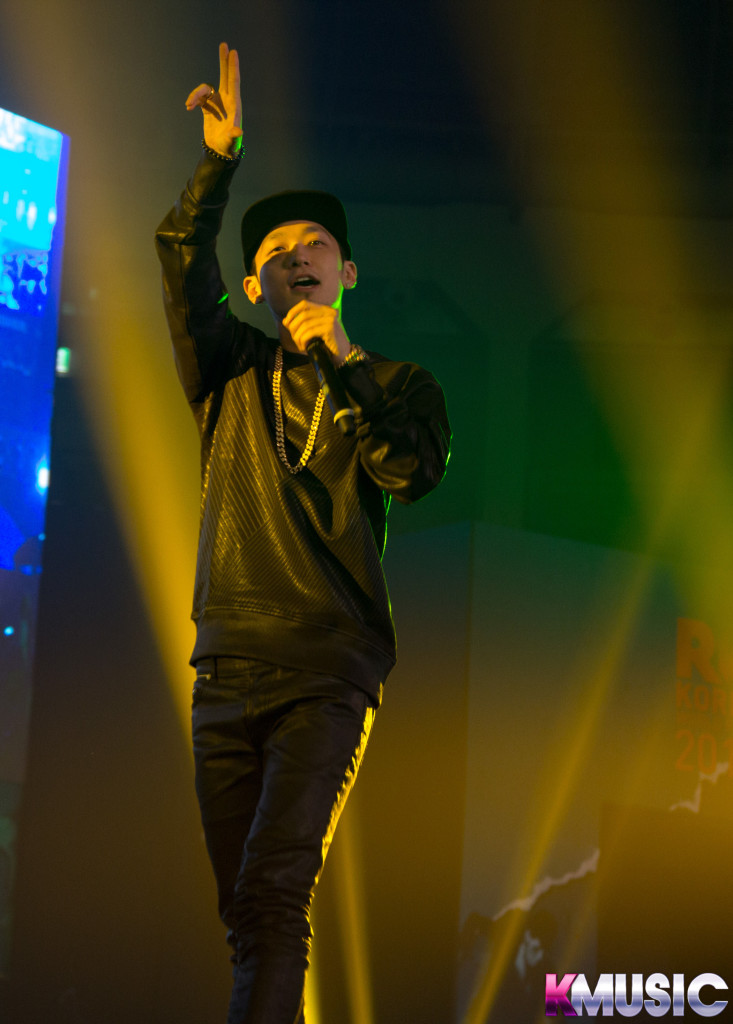 After the competition, the event became a concert as Dok2 and The Quiett performed a few trap style hip-hop songs that hyped up the standing crowd area as people had their hands up to bounce or record on their phones. 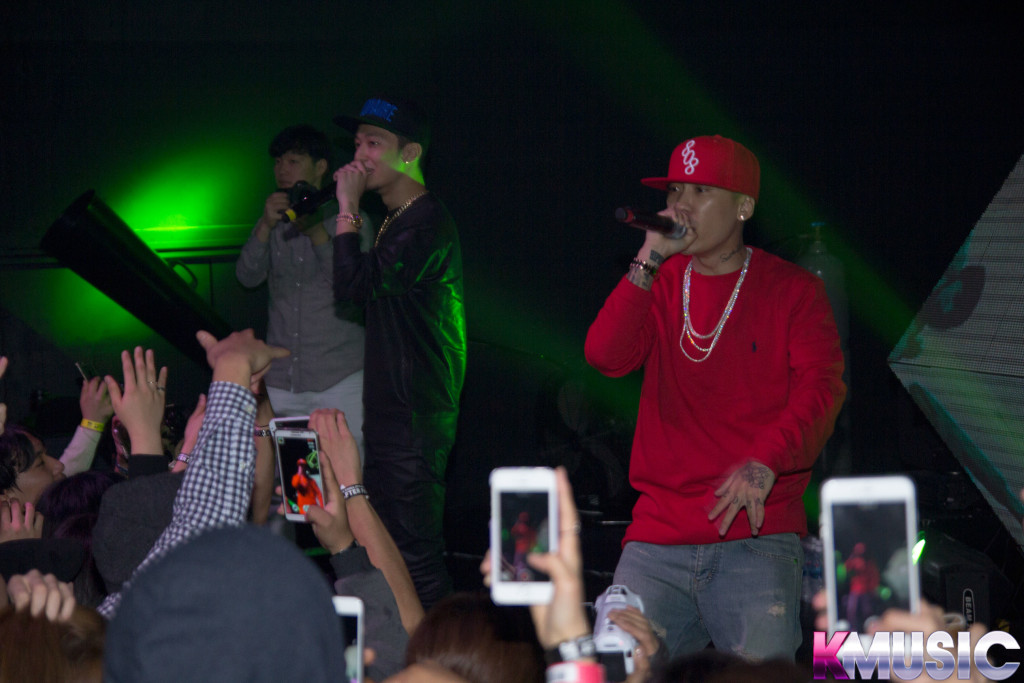 The party atmosphere of the event, which began with the Puma cypher still in effect before doors opened on day two until the after party in the Gangnam club, “The A.” 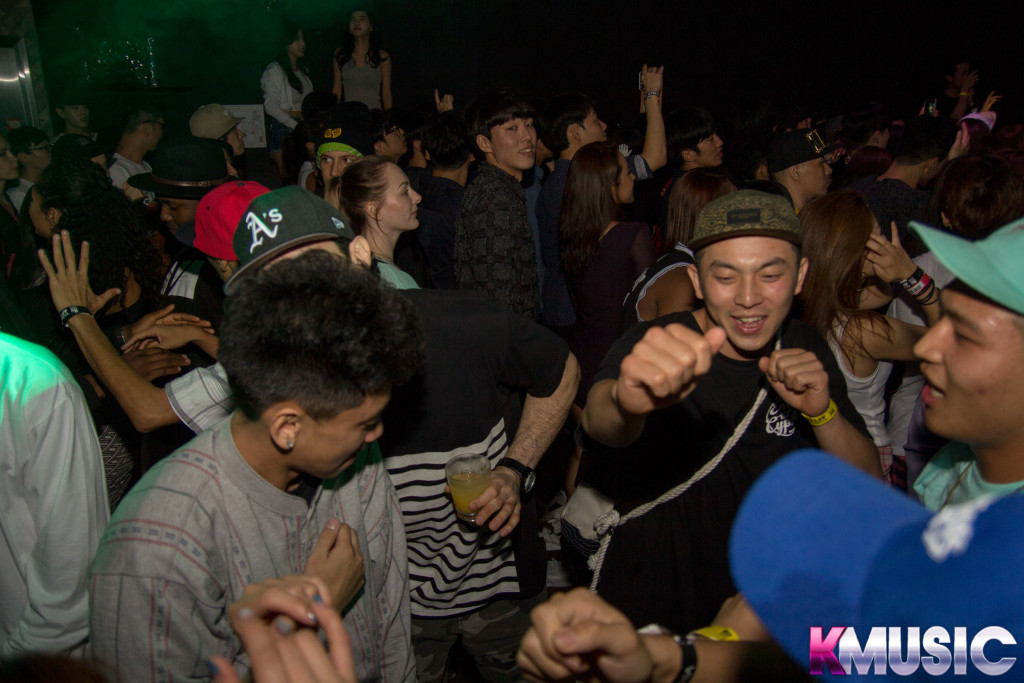 R16 was largely funded by the Korea Tourism Organization, whose representative announced during the event that they will continue to fund the competition in the future.

This year’s format change to organize “dream team” crews showed the potential for the best of each country to battle under their flag. B-boys were motivated by national pride to earn glory and respect for the b-boy scene in their country.

“When you’re representing, you should put all of your energy, because it’s your country,” said B-boy Gun of Team Russia. “That’s why it was really important for us to win today and to prove that our country has a really high level of breaking.” 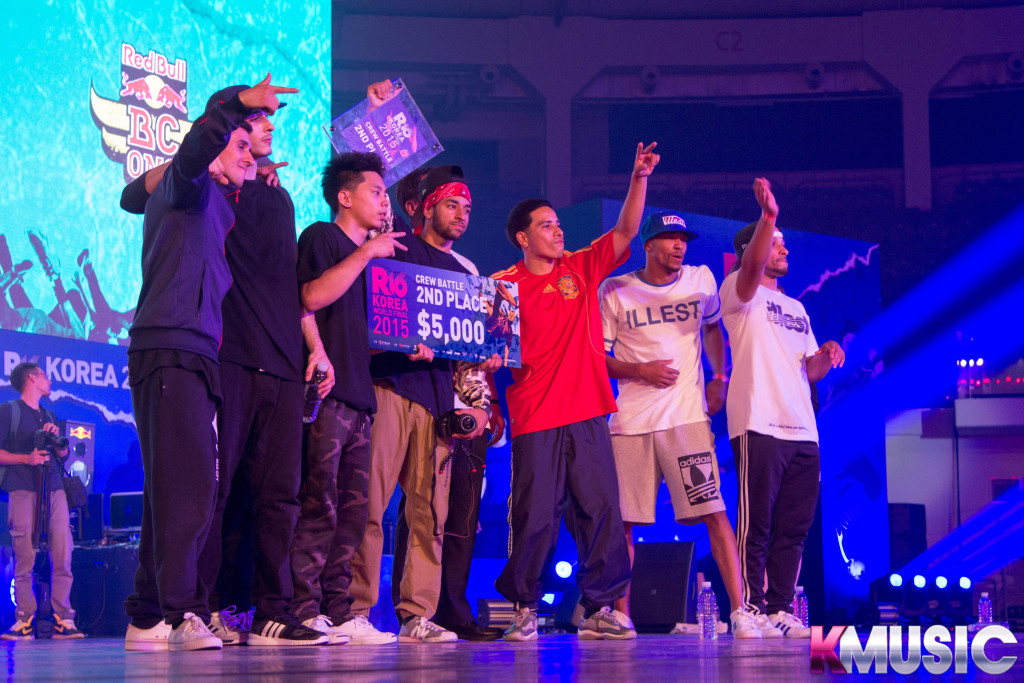 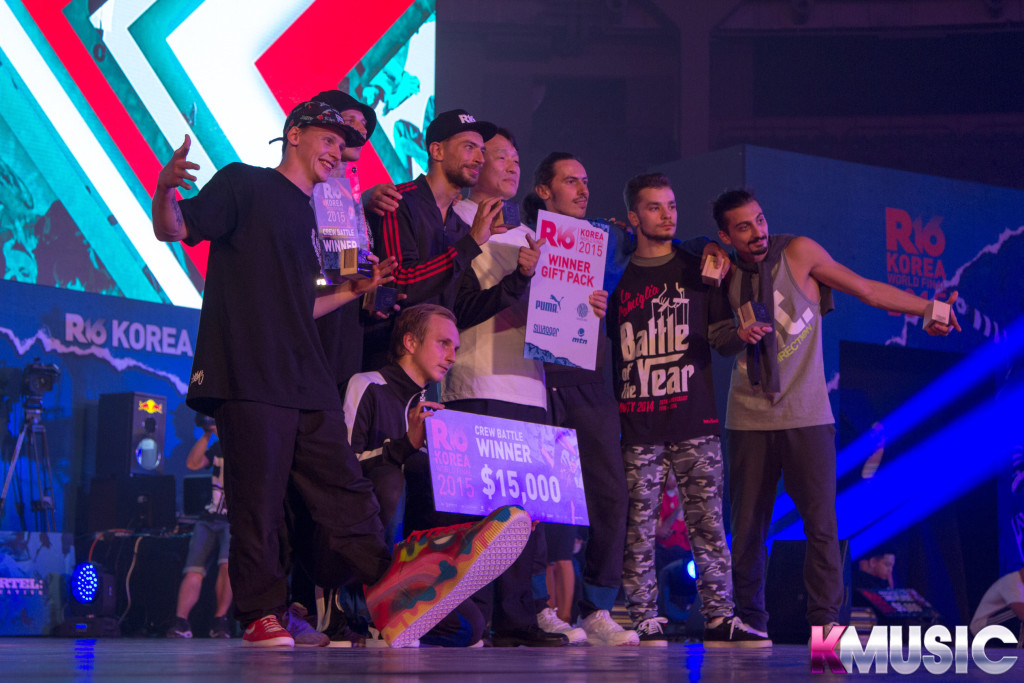 Click here to check out our Facebook album for the rest of Day 2’s pictures from R16 World B-Boy Masters Championships!

We here at Officially KMusic would like to give a huge thank you to R16 for allowing us to attend and cover such an exciting event! We look forward to your future events!