Eager Shawols surrounded Verizon Theater in Grand Prairie, Texas this past Friday as early as 10AM for the SHINee‘s ‘SHINee World V in Dallas’. The KPOP group brought the rain to Vancouver and then Toronto before coming to Dallas, where the rain decided to hang up its towel and let fans have a dry wait outside the venue. While merchandise pickup started at 12PM fans gathered much earlier to attend a Korean Pop culture shop inside Komart, EVE PINK II, which collaborated with SubKulture Entertainment to raffle off 25 exclusive signed SHINee posters. 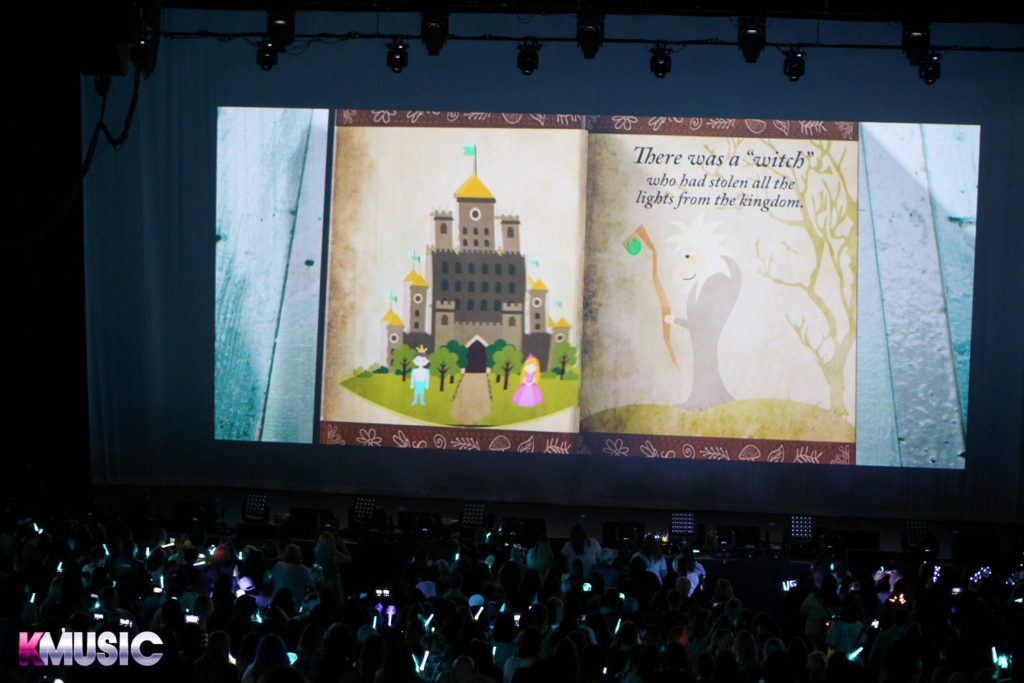 ‘SHINee World V’ was a very promoted and anticipated event ever since the SHINee Fanmeet took place in late July of last year. The Fanmeet brought in crowds of fans from all over the world that joined the SHINee fandom back in 2008 when the group released their debut hit, “누 난 너무 예뻐 (Replay)” as well as their popular music video accompanying it. Most recently the group made their comeback with ‘1of1’, an album encapsulating a 90’s theme with a total of 9 songs, or the repackaged version containing 10. The group topped the charts, specifically ranking #1 on GAON’s weekly hits and #2 on the same chart for monthly. In the US, Billboard ranked 1of1 at #2 on its weekly chart. Not only did the group top charts globally, but they also received 4 awards for the album, as well. 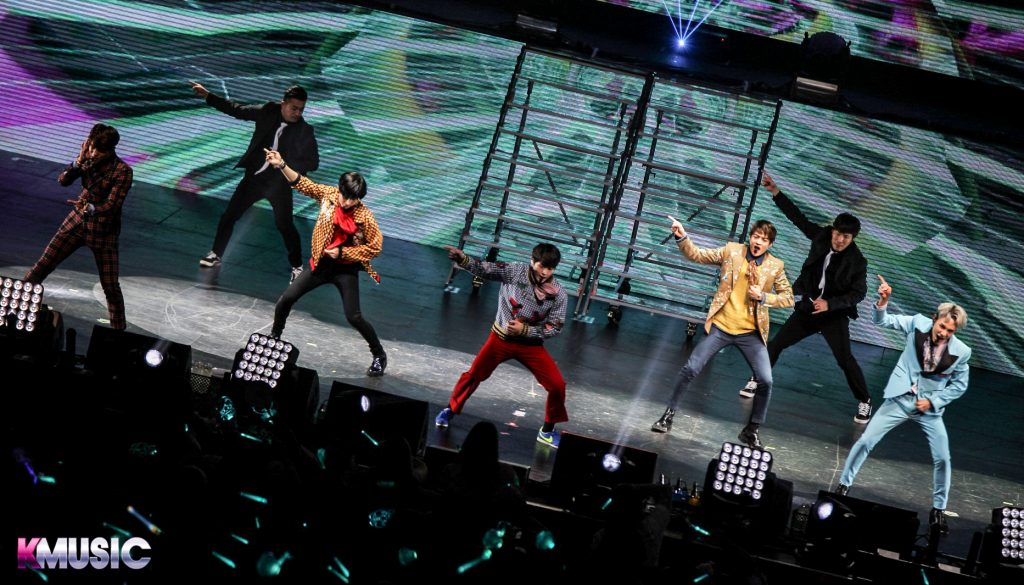 The doors opened 30 minutes later than scheduled due to some technical difficulties. However, this did not stop the excitement Shawols brought to the party. Fans were crowding the parking lots in a wave to the steps that led to venue doors. Once inside, many gathered to the merchandise table to buy any items left after the preorder pickup. Items included everything ranging from stickers and phone rings, to hand fans and T-shirts. The merchandise was so popular that staff had to put a halt on purchases until the end of the concert, due to an approaching start time. Fans showed support as time grew closer by turning on their lightstick to illuminate a pearlescent blue ocean accompanied by chants of the groups name. As the lights dimmed down, the room erupted in an uproar as the five shining princes were displayed through a VCR made for ‘SHINee World V’. The VCR had a recurring storybook theme, where the princes were captured by an evil witch determined to steal all the light from the kingdom. When the showreel ended, the lights went to black and then a haze of purple and blue shone over the theater and revealed all 5 members on pedestals. 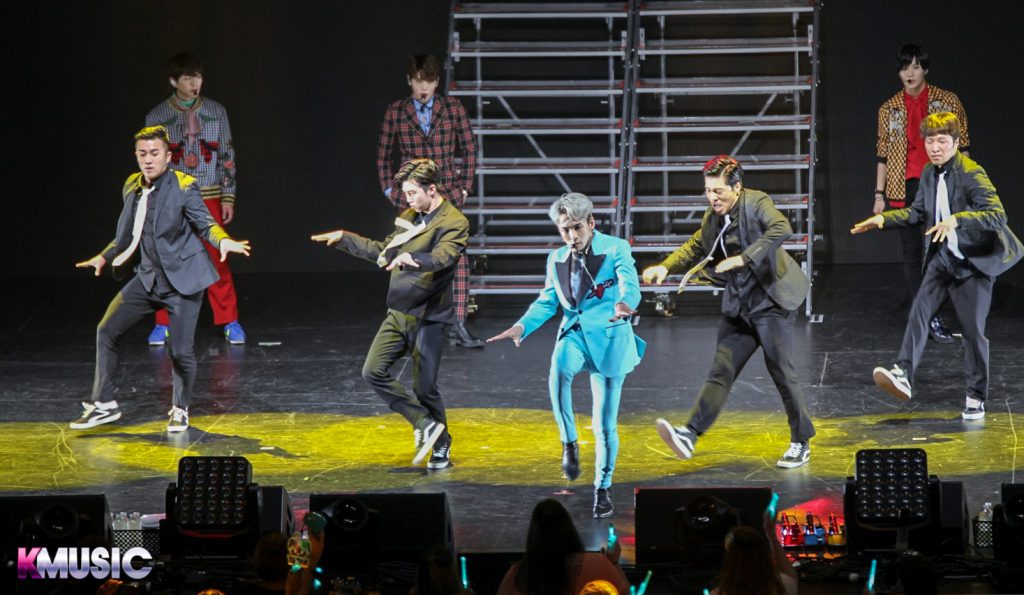 The instrumental to “Hitchhiking” began and fans could no longer contain themselves. Members slowly lined up down the steps to center stage and gave their all as the room sang along. Following on the set list, “Married to The Music” and “Why So Serious?” album hopping to give their fans a shuffled mix of music. SHINee member, Jonghyun, stated to fans that they wanted to perform their hit songs for Canadian and American Shawols, as opposed to their Korean concerts where all songs are performed, despite popularity levels. The Dallas fandom was definitely acknowledged as he continued to say that their performance was displayed so well due to the passion and energy fans exerted. Key shared a personal story with the crowd as he described his Canadian wardrobe malfunction when his Gucci jacket caught on fire in between costume changes. He sported a blue tuxedo during the Dallas concert due to the accident caused by his stylist leaving his jacket on the lightbox where it caught fire. He displayed a humorous outlook on the situation as the other members poked fun at his misfortune. During the groups performance of “Ready Or Not” member Onew spun once too many and noticeably fell on his bottom, quickly jumping back up to continue. Fans shared a giggle but continued cheering! His falling seemed to be a recurring event as he has fallen performing the song in the past as well, although fans appreciated his genuine excitement. 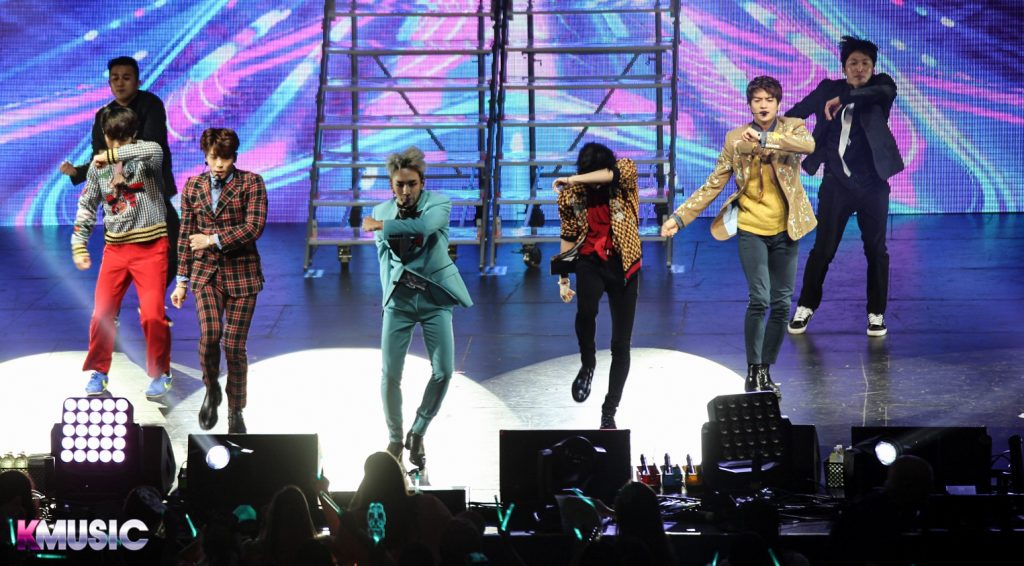 As the concert drew closer to its finale and encore song, the members expressed their gratitude and promised to come back in the future, a promise that Shawols have believe to be true after SHINee kept their promise and brought back their music and color a year later to Dallas again. All of Dallas was in unison when it came to the support of the timeless quintet, and will continue to wait for their princes to come back to them!

Special thanks to SubKulture Entertainment for helping us to cover the concert.

Be sure to check in with Officially Kmusic for more on SHINee and more of your favorite Korean Contemporary groups!