As previously revealed, KARD will be bringing their 2018 WILD KARD Tour to Australia! They have geared up to meet their fans in Australia this coming April! The group consisting of four members have toured more than 31 cities across 17 countries around the globe. They made their hot debut in 2017 and have shown their immense popularity throughout the globe. 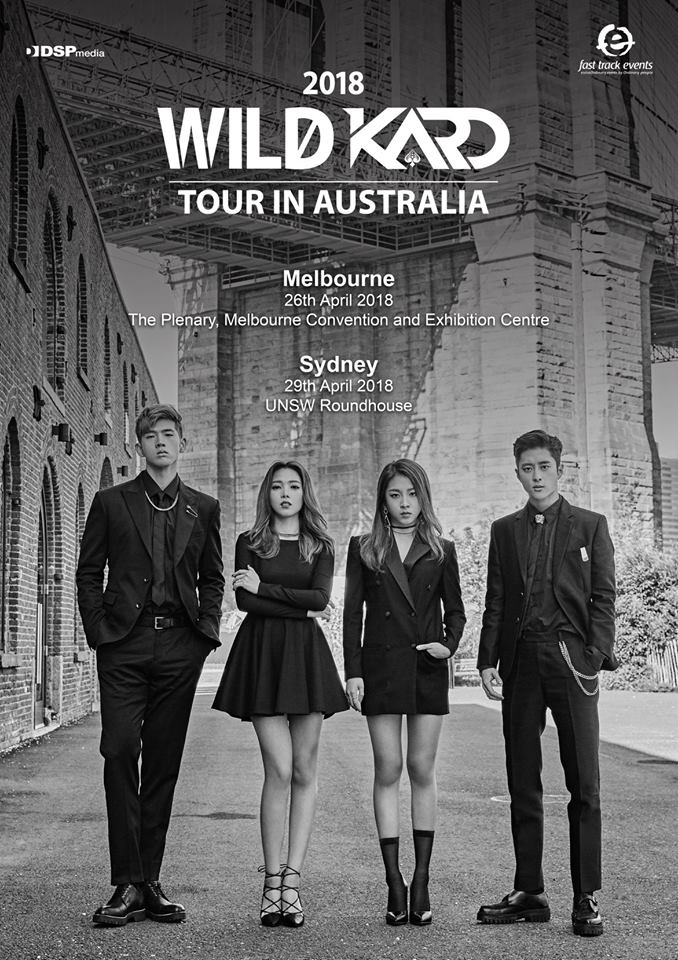 As an opportunity to get up close and personal with the fans, KARD will embark on their Australia in Melbourne on April 26th and Sydney on April 29th. Fans are definitely going to get an unforgettable show and experience. All the details you need to know are as followed:

Please note that: Tickets will be on sale on March 9th, 2018, 10 am AEST via Ticketek. The ticket prices and special benefits will be released at a later date. So, stay tuned for more updates and be sure to subscribe to our Facebook event here for instant notifications!

Stay tuned to Officially Kmusic for more updates on KARD’s tour in Australia!