KARD to Take Over South America with ‘2018 WILD KARD Tour in Latin America’!

KARD to Take Over South America with ‘2018 WILD KARD Tour in Latin America’!

Thanks to fans’ massive demand, MyMusicTaste announced that they will be bringing the popular co-ed group KARD to Latin America this September, making this their second tour this year and their third fan-initiated tour! KARD will be making four stops in total starting with Mexico City in Mexico on September 8th, then to Bogota in Colombia on September 11th, Santiago in Chile on September 13th, and finally Buenos Aires in Argentina on September 15th.

Ticket sales for all stops will begin on July 11th at 9 AM local time. More information regarding prices and the various ticket sale vendors can be found on MyMusicTaste’s social media platforms. Fans who made a campaign on MyMusictaste, also known as TasteMakers, to bring KARD to Latin America, will be receiving a 20% discount off two tickets to any of the shows and the top ten TasteMakers will also be receiving two free VIP tickets for the tour!

Below are more details regarding the dates for the ‘2018 WILD KARD tour in Latin America’: 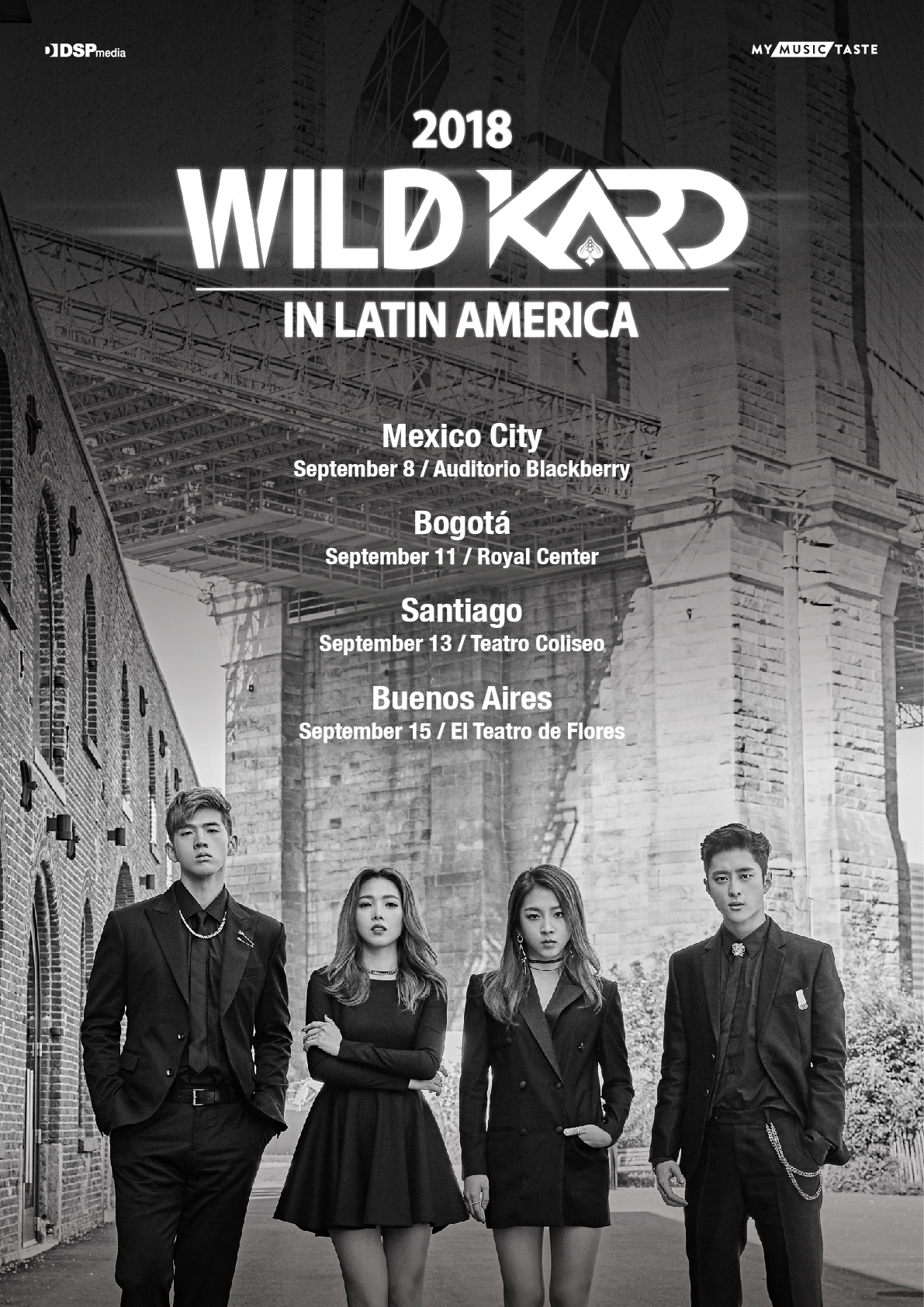 Meanwhile, KARD has been constantly rising in popularity since their debut last year with their Mini Album ‘Hola Hola’ which peaked at number three on BillBoard’s World Albums Chart and number six on the Worldwide iTunes Album Chart. KARD also recently ended their ‘WILD KARD Tour in Asia’ this year making this their 9th tour since last year and are preparing for a comeback in July for which they have already released their first teaser. It is needless to say that KARD are the new power rookies of K-pop and South American Hidden KARDs should not miss the opportunity to hear their new music live this September!

Stay tuned to Officially KMUSIC for more updates regarding the tour!