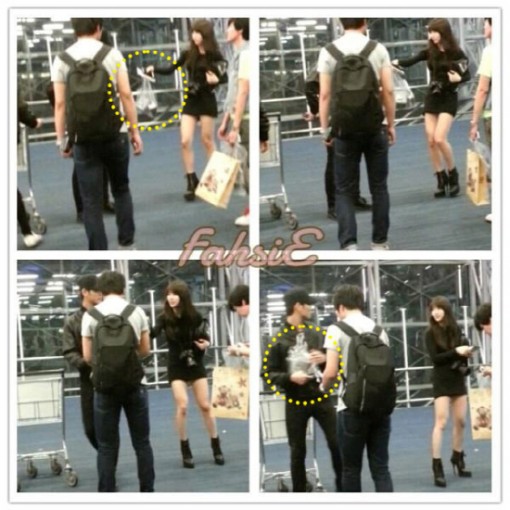 After finishing a photo shoot for the clothing brand, Bean Pole Outdoor, which the whole photo shoot will be revealed in February, the two hot celebrities were photographed standing outside Thailand’s Bangkok airport. Suzy was shown handing a clear plastic wrapped package to Kim Soo Hyun; the two are known for exhibiting their chemistry in ‘Dream High‘, a 2011 hit drama.

This act has raised the curiosity of fans as they wondered what the package could have contained?

Scroll for more
Tap
Kim Tae Hee Spotted on the Streets After Going Public with her Relationship with Rain
Moon Hee Jun’s Confession of Who he Wants to Film ‘We Got Married’ With
Scroll
Loading Comments...