Kris Raises Eyebrows About The Meaning of His Weibo Post

Kris Raises Eyebrows About The Meaning of His Weibo Post

Kris recently made a short post onto his Weibo account and it has appeared to create waves as many scramble about what the sudden low-key idol has been up to. Kris re-posted director’s Guo Jing Ming of ‘Tiny Times 3″ post that revealed his involvement in the film’s production, the post revealed he will be singing “Time Hushes All Memories”  which will be featured at the closing of the film. He revealed at the end of the post in his own words “We promised not to leave each other and always be together… Thank you, each and every one of you.” 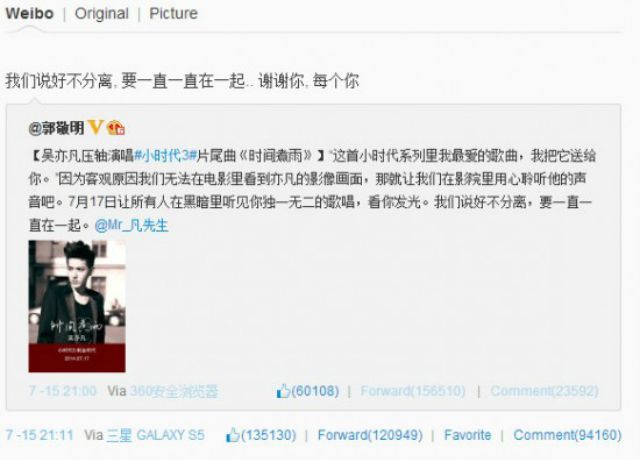 Kris’s involvement in the film has been kept under wraps, so far no images or videos will be revealed but you will be able to hear his voice on July 17th.