Two of the biggest names of K-drama have met with a production team to discuss a new drama!

While sources say that they’ve discussed the drama, only Jong Suk has confirmed to be in it.

The drama is about a woman who’s horrible dreams come true and a prosecutor who helps prevent the events she predicts. 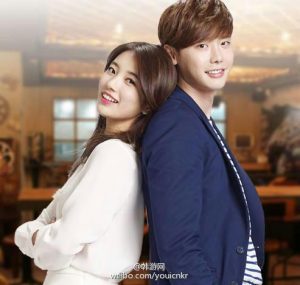 The two have had a good run of dramas, Lee Jong Suk starred in ‘W‘ and Suzy starred in ‘Uncontrollably Fond.‘ Both of which gained massive amounts of attention. While their hiatus will be cut short, K-drama fans will sure be in for a treat if they both say yes!

Scroll for more
Tap
Nam Taehyun Of WINNER Posts Mysterious Picture On Instagram
SHINee’s Back With New Music Video, ‘Tell me What to Do!’
Scroll
Loading Comments...