Lee Hi’s long-awaited comeback is just around the corner!

Lee Hi’s long-awaited comeback is just around the corner!

The pint-sized singer’s agency YG Entertainment announced that Lee Hi is scheduled to make her comeback this September!

An agency official said that “Lee Hi has been consistently working on tracks for her upcoming album”, but also added that “the format of the album has not yet been determined”.

Lee Hi‘s most recent album ‘Seoulite‘ was released in March 2016, three years after her debut album ‘First Love‘. The first half of ‘Seoulite‘ spawned a number of hits, the most popular of which being ‘Breathe‘, which was composed by SHINee member Jonghyun, and ‘Hold My Hand‘. ‘Seoulite‘ was then released as a full album in April of the same year, with ‘My Star‘ as the title track. 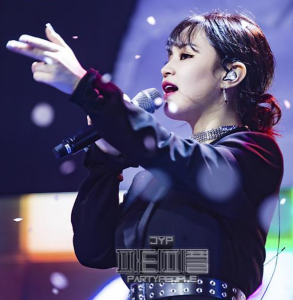 The talented vocalist also appeared on a recent episode of SBS‘ ‘Party People‘, performing Ariana Grande‘s ‘Dangerous Woman‘ alongside Baek A Yeon, as well as her own track ‘Breathe‘. During the program she also spoke about the hardships she has faced throughout her career as a singer, including being hospitalised due to a panic disorder which made it difficult for her to breathe normally. She also revealed that her experience prompted her to write her hit track ‘Breathe‘ in the hopes that the song would be of some help to those who were feeling exhausted.

Lee Hi‘s upcoming album will be released roughly a year and a half after her most recent album ‘Seoulite‘. One thing is certain – Lee Hi‘s comeback will be something to remember!