The eight member girl group released the music video for the pre-release track ‘Shooting Star’ earlier this month on September 13th. This song expresses a girl’s feelings after experiencing a breakup for the first time.

Now, they’re following up with the mini album ‘Lovelyz8’ which will contain a total of seven songs including the title track. The songs on this album will be ‘Welcome To The Lovelyz’, ‘Ah-Choo’, ‘Shooting Star’, ‘Hug Me’, ‘Becoming A Pretty Girl’, ‘Sweet And Sour’, and ‘Rapunzel’. 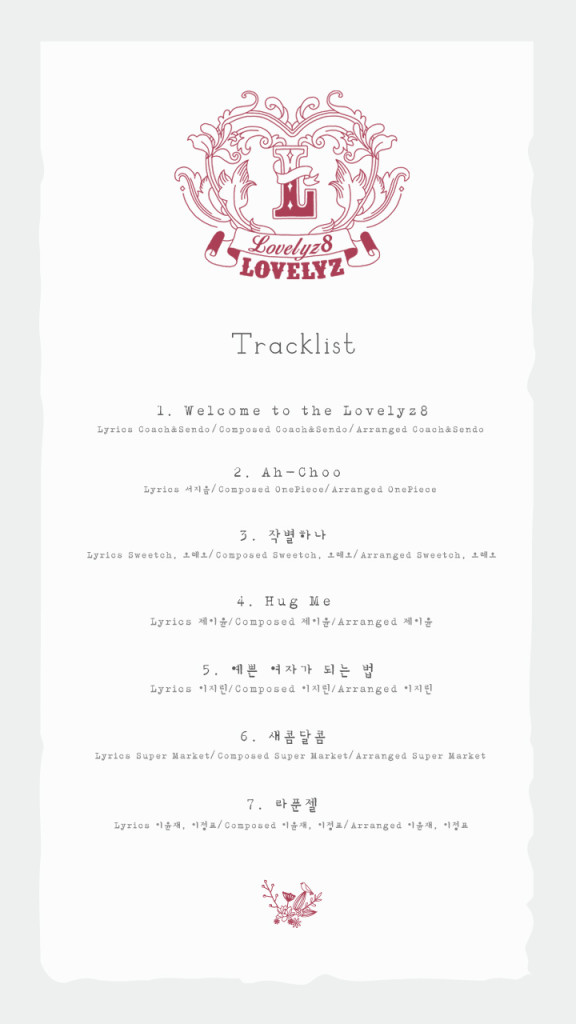 Are you excited for Lovelyz’s new mini album? While you wait, be sure to check out the music video for ‘Shooting Star’!

Scroll for more
Tap
GOT7 Wants To Know ‘If You Do’ In New Teaser Videos
Ailee Announces Comeback with ‘Vivid’
Scroll
Loading Comments...