They started posting various clues on their Facebook and Twitter about their comeback and the official comeback date is confirmed to the 12th of November.

In the schedule, they will start releasing teaser images on the 5th of November,  and the teaser video will be released on 09th November. The album will title ‘#OMGT‘, which stands for ‘Oh My God Thanks‘. 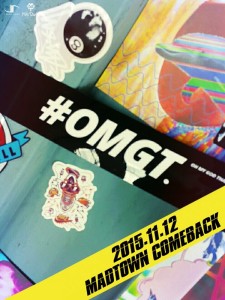 Are you excited for this comeback?

Scroll for more
Tap
RANIA Is Making A Comeback With New Members After Nearly 3 Years
Brown Eyed Girls Continue To Warm Our Hearts With Their Teasers
Scroll
Loading Comments...