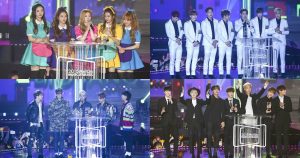 There were quite a few big winners at this year’s Melon Asia Music Awards that was held on November 19th. Rookie artists and big name artists took the stage together to show off their greatest talent in dancing and singing. 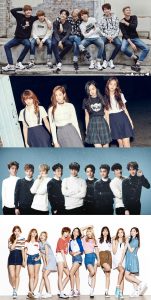 BTS, EXO, and TWICE won big at this year’s Melon Music Awards. BTS of Big Hit Entertainment claimed the Top Album Award. BTS’ Rap Monster, stated along with his teammates J-Hope and Jin in tears, “The Most Beautiful Moment in Life: Young Forever”, this is the best award ever since our debut”.

The band’s latest full-length album ‘WINGS’ was ranked as high as 26th on the Billboard 200 chart — the highest placement for a K-pop group to date.

EXO, never disappointing the public, took home the Artist of the Year Award, The Top Artist Award, Best Dancer Award, The Kakao Got Star Award, The TOP 10 Award and The Netizen’s Choice Award. Kai couldn’t hold his excitement by the many awards the group has gotten and even being humbly stated, “We’ll keep improving our dance performance,”.

And of course, we have to show a little love to the female performances as well. The top three female groups that have been sweeping this charts this year were TWICE, BLACKPINK, and GFRIEND.

TWICE won Song of the Year Award for ‘Cheer Up’ and also won the Top 10 Artist Award. During their award speech Jihyo stated, “It’s been only a year since our debut, A year ago, we’d never imagined that we’d be able to win such a big award. We’ll do all we can to prove that we’re deserving of such an honor.”

YG Entertainment’s newest girl group BLACKPINK have pretty much been sweeping this year’s awards with their debut song ‘BOOMBAYAH’. This year they took Best New Artist Award. BLACKPINK’s Rose said “I’d like to thank our fans for their love and support,” and “This award is only the beginning. We will do our best to keep up the good work.”. 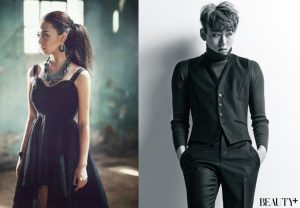 Many other Korean artists took home awards including, Block B Zico, who won the Rap/Hip Hop Award and Hot Trend Award. Solo artist, Yoon Mi-Rae, won the OST Award for ‘Always’ from the hit drama, ‘Descendants of the Sun’.

Congratulations to the many winners of this year Melon Music Awards, and we hope to see you next year for the new winners!

You can watch the full award show down below! (no English subs)