Recently uploaded online was a photo of Suzy, who has been spotted filming a CF for the vitamin drink ‘Vita 500‘. 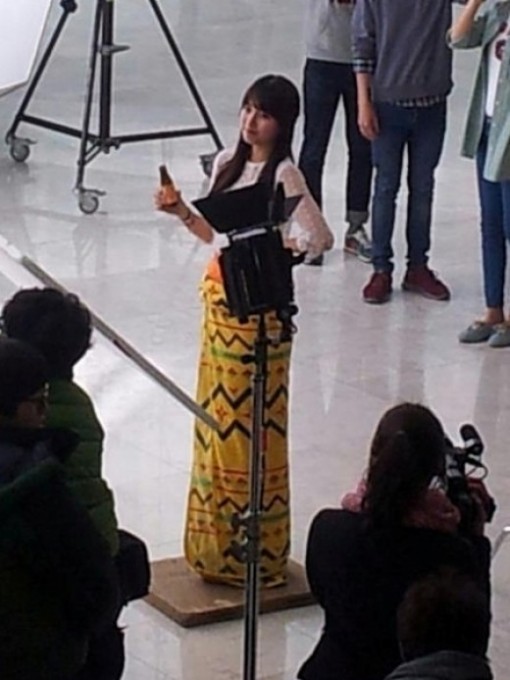 The photo was taken from her CF set, showing Suzy with her hair tied in a beautifully done half-ponytail, while holding up a ‘Vita 500’ bottle in one hand. She is branching out her endorsement profile with this latest Vita 500 CF, which adds to her growing portfolio. She has already filmed CF’s in various categories which include cosmetics, food, and home electronics.

Suzy has taken up the baton to be the next face of the drink since ‘Vita 500’ has previously employed top female idols like Wonder Girls, UEE, and Girl’s Generation.