Recently, NCT U‘s Ten confessed that he is learning a lot through Mnet‘s “Hit The Stage.”

Ten aspired to become a K-pop singer ever since he saw Super Junior perform “Sorry Sorry.” He says, “Even though I don’t have a lot of experience yet, I am learning a lot about facial expressions when you dance and points in choreography. I also admire Taemin hyung who is also on ‘Hit The Stage‘ with me. I will work hard, so that I can become more like Taemin hyung.”

“Hit The Stage” is a new program where celebrities and professional dancers will battle it out in an intense dancing competition. Each team will prepare a performance based on a specified theme and this will change every episode. The teams will also rotate every week. So far, eight celebrities participants have been confirmed and they are: Block B‘s U-Kwon, Girls’ Generation‘s Hyoyeon, INFINITE‘s Hoya, MONSTA X‘s Shownu, NCT U‘s Ten, SHINee‘s Taemin, SISTAR‘s Bora, and TWICE‘s Momo. Check out the show’s teasers here. 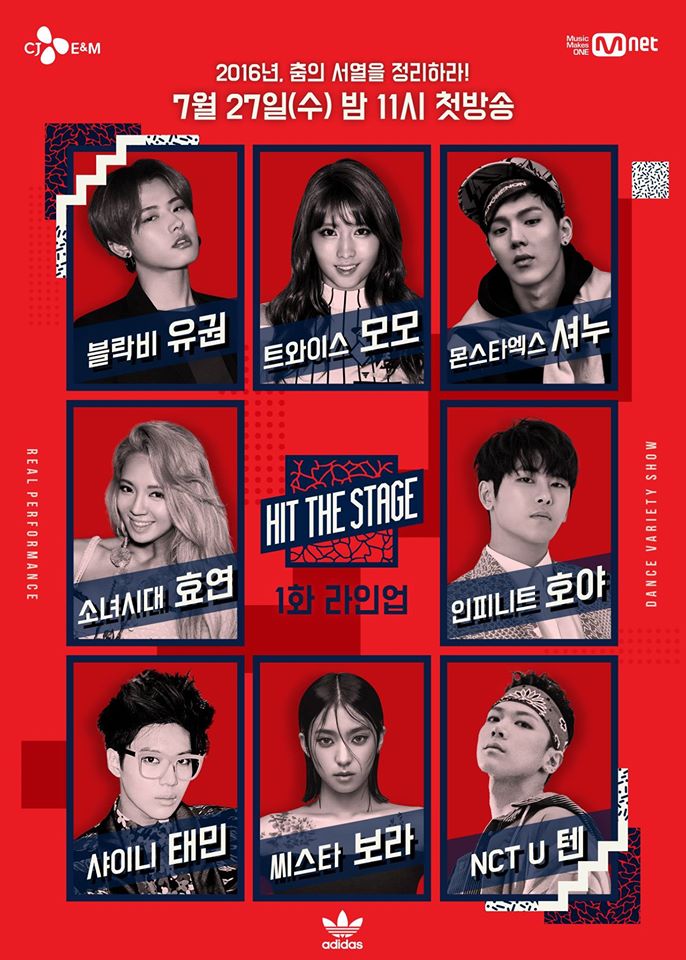 Let us know if you will be tuning in to watch the pilot episode of “Hit The Stage” in the comments below. Stay tuned with Officially KMusic as we bring you the latest news from Korean Entertainment!

Scroll for more
Tap
Girl’s Day’s Yura Worries About Her Dad Seeing Her Kiss Scene On “After The Play Ends”
iKON Revealed To Be Dropping A New Track Soon!
Scroll
Loading Comments...