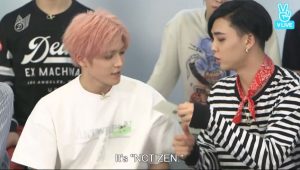 Almost all of the members from NCT 127, NCT U and NCT Dream came together for tonight’s special V LIVE broadcast, to announce their official fanclub name, NCTzens! About five seconds after opening the envelope, the members decided NCTzens was too long, and started suggesting nicknames for their beloved fanbase, including TIZENNIE, JINNIE, ZINNIES (both pronounced Disney!), GENIES, and Tzen. 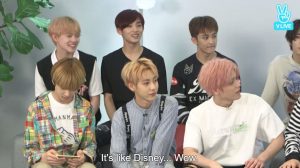 And of course, you can’t have a nickname without an official hand gesture!  Taeyong and Yuta enthusiastically demonstrated for everyone, before they took a vote and picked Yuta’s ‘N’ symbol! 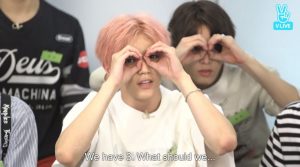 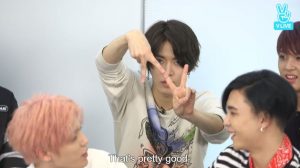 The group followed the announcement with a rowdy round of bingo, then NCT127 pulled out a surprise performance of the point choreo for their comeback release ‘Cherry Bomb‘, with leader Taeyong front and centre! 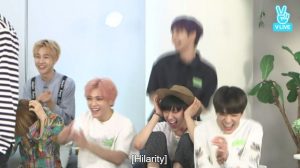 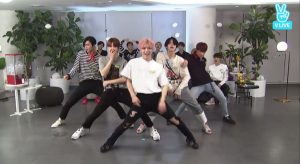 Plus, check out the latest group image and music video teasers from NCT127, before ‘Cherry Bomb‘ drops at 6pm KST this Wednesday 14 June! Their first comeback showcase since debut literally sold out the 1,000 capacity venue in five seconds, so we know this release is going to be huge for NCT127!