It has been three months since the handsome and charismatic boys of A-Prince visited the sunny shores of Singapore. Even so, the boys stated that they had made a lot of fond memories in Singapore and were very appreciative of the local fans as their reasons for coming back. 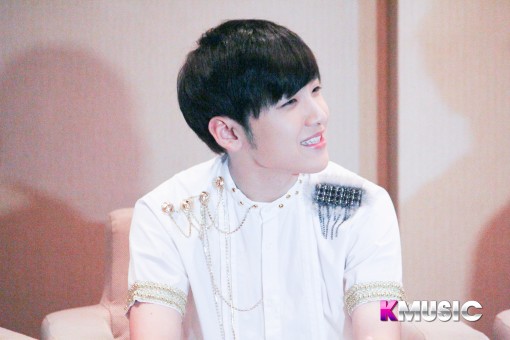 When asked on how they differentiated themselves from the other K-pop groups, the members of A-Prince shared that their unique charms were the differentiator. They also added that their charms could be seen clearly when they are on stage as that is where they shine the most. 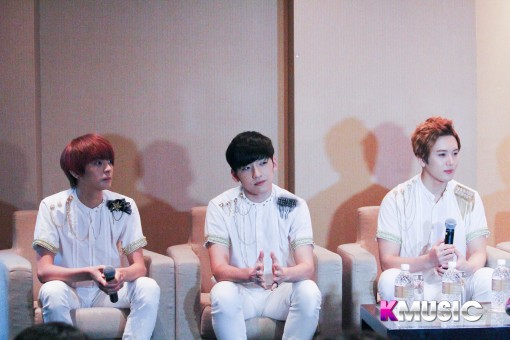 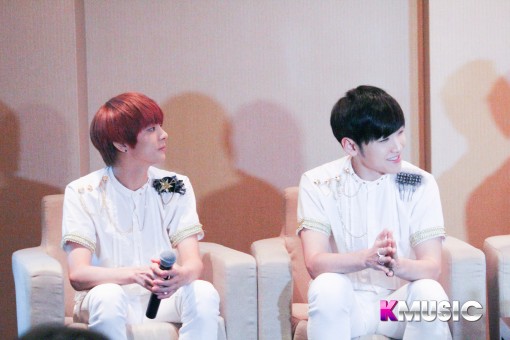 Sungwon also shared that the members and him were suffering from the “Prince Syndrome”. Rather than being overly obsessed on how they looked, it was more of taking care of their looks. Sungwon carried on by sharing that Siyoon and Woobin were not very good at dressing up. When the emcee asked who dressed the best, the cheeky A-Prince leader, Sungwon, and Rapper Minhyuk stated that they were the best dressers of the group. 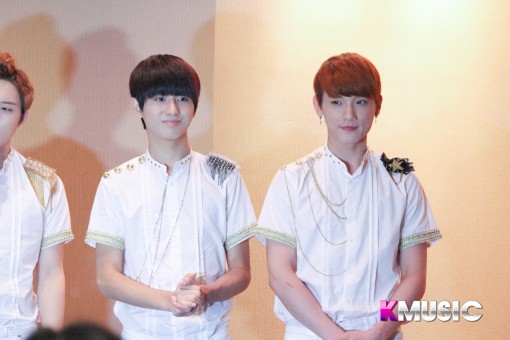 Off stage, the boys shared that Seungjun was the manliest out of the members. They added that Siyoon takes the longest to get ready and dress up. They then said that if they had a chance to learn a Singaporean cuisine, the members would love to learn how to cook chili crab, chicken rice and satay. 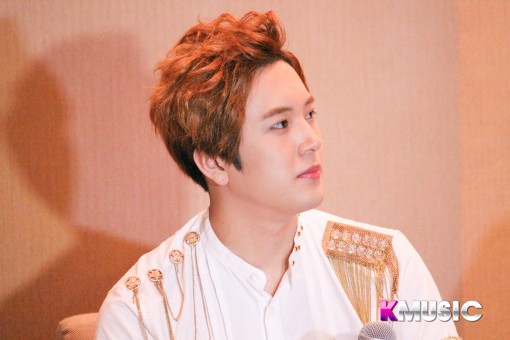 As we moved onto the group interview, the questioned asked were mainly focused on what A-Prince plans to do in the long run. One of the questions the boys were asked on was what they would like to achieve in 5 years’ time both individually and as a group. All the boys hoped to have a world tour in 5 years’ time, which will be focused as a medium to be able to communicate better with their international fans. As for individual goals, Minhyuk shared that he would like to have more experience so that he would be recognized more by the public. They also added that if they were given an opportunity to change their concept, the boys would want to show fans a sexier and manlier side of them. 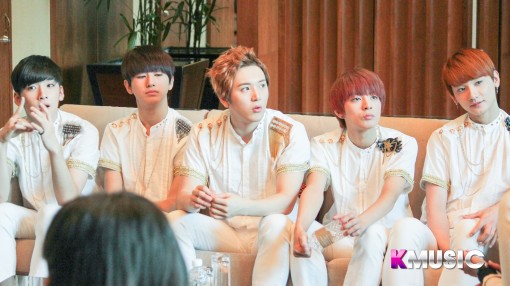 The charming princes ended the group interview by doing their signature group introduction.