After an extremely successful first two episodes, fans are hooked on not only the always lovable Nam Joo Hyuk who’s earned himself plenty of new fans, but also the adorable budding relationship between the tom boyish Kim Bok Joo (Lee Sung Kyung) and Jung Joon Hyung.

In the first stills a more affectionate relationship is displayed far from Joon Hyung’s relentless teasing seen in episode 2. Displaying clear relationship goals, Bok Joo hops on the back of the ever famous bicycle of Joon Hyung. The couple is dressed casually giving off the perfect essence of college life! The production staff teased fans with the relationship saying:

“Kim Bok Joo getting mad at Jung Joon Hyung’s teasing affection but also getting closer to him is an important theme in the drama. Many interesting things will happen to the couple as we go forward, so please stay tuned.”

The second set of stills also offer a new change, this time in her personality. In episode 2, Bok Joo set her eyes on the ever handsome obesity doctor  Jung Jae Yi (Lee Jae Yoon) aka the brother of Joon Hyung. It left viewers hanging as Bok Joo attempts to flirt during a visit. In the new stills Bok Joo attempts to feminize herself with some quirky girly accessories. The ever playful Sung Kyung was said to have played around while filming as well making funny faces with the accessories and keeping the spirits up of the staff.

Viewers will sure be anxious to see so many changes, to watch the events unfold be sure to tune in to ‘Weightlifting Fairy Kim Bok Joo‘ on Wednesdays and Thursdays! 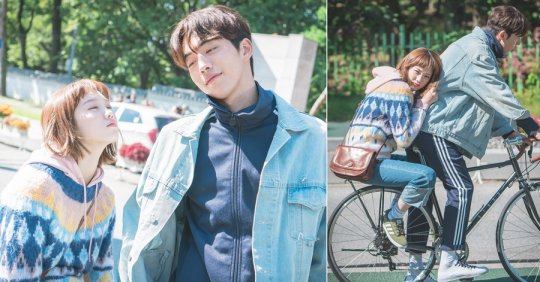 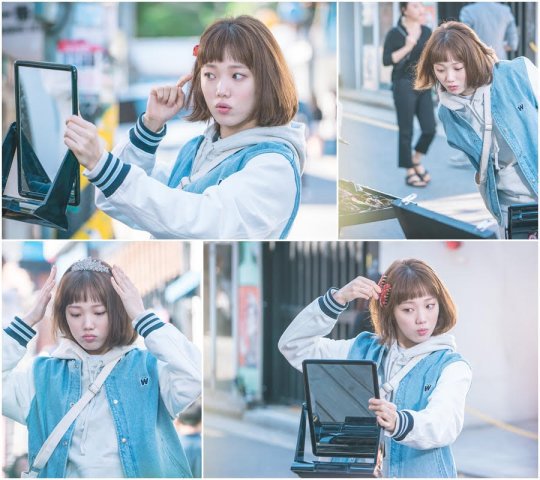 How do you like ‘Weightlifting Fairy‘? Let us know in the comments below!

To keep up to date with all the latest K-Drama news, be sure to follow Officially KMUSIC!

Scroll for more
Tap
K-EXCLUSIVE: Pentagon Give A Shout Out To KMUSIC Viewers!
Minho And Ma Dong-Seok Talk ‘Derailed’ In New Interview!
Scroll