NU’EST W drop another stunning teaser and a sneak peak of the tracks on ‘Who, You’

NU’EST W drop another stunning teaser and a sneak peak of the tracks on ‘Who, You’

NU’EST W have released another completely stunning group teaser image in the lead-up to the release of their new album ‘Who, You‘.

The new teaser image has the same feel as the one that was released just a couple of days ago, with all the members in white.  It has such a serene and calming feeling to it, with the mostly white set adding to the ‘calmness’ of the image. 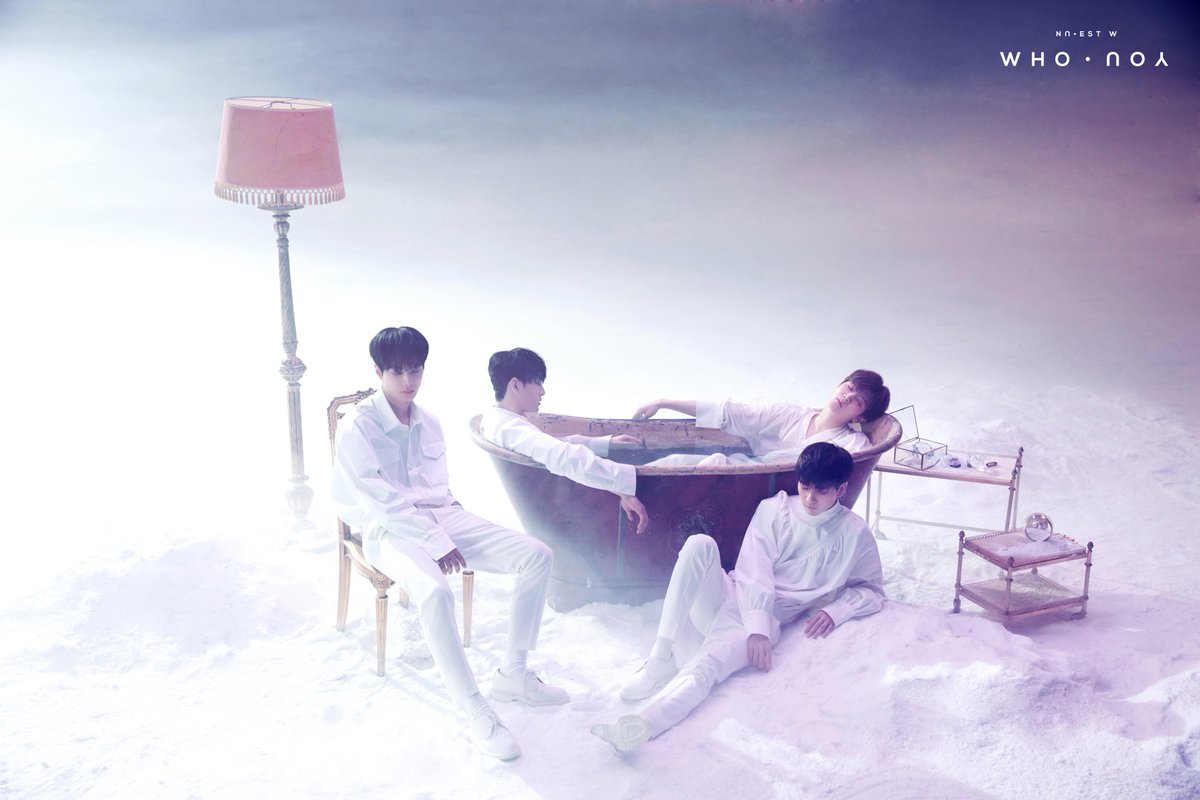 The group have also released a ‘pre-listening’ audio track for the album.  The vocals on all the tracks sound amazing, this is one album we can’t wait to hear in full!

‘Who, You‘ will feature a total of six tracks, including the title track ‘Dejavu‘, which was composed by Baekho and Bumzu, with Baekho, JR and Bumzu writing the lyrics.  Other tracks include; ‘Signal’, ‘Polaris‘, ‘ylenoL‘, ‘Gravity&Moon‘ and ‘Shadow‘.

They’re certainly a talented bunch of musicians with Baekho and JR having a hand in all of the tracks on the album.

Listen to NU’EST W ‘Who, You’ album pre-listening audio track

NU’EST W‘s album ‘Who, You‘ and the title track ‘Dejavu‘ are scheduled for release on June 25.

What do you think of the pre-listening’ track for ‘Who, You’?  Which track are you looking forward to hearing the most?  Let us know your thoughts in the comments below.

Scroll for more
Tap
BTOB says you are the ‘Only one for me’ in new MV
DAY6 drop Dowoon’s and Wonpil’s teasers for ‘Shoot Me: Youth Part 1’
Scroll
Loading Comments...