Blackjacks all over the world surely have the date February 26th marked in their calendars as it’s the day to celebrate 2NE1’s leader CL’s birthday!

Lee Chaerin was born on February 26th, 1991 in Seoul and spent much of her early life in Japan and France. Before joining YG Entertainment in 2006, CL trained in JYP Entertainment. She debuted with 2NE1 in 2009 with ‘Fire’ and since then released two extended plays, two studio albums and several non-album singles, most of which achieved an all-kill.

Her first solo single ‘The Baddest Female’ was released in 2013, and one year later it was announced that CL had been preparing for a solo debut in the US under the management of Scooter Braun, who has worked with Justin Bieber, Britney Spears and PSY to name a few. She has already released two songs, ‘Dr Pepper’ and ‘Hello Bitches’ as a preview of what is her solo album going to look like.

Among her fans, who call her Queen CL, Lee Chaerin is known as a strong, independent woman, who is openly talking about women empowerment and fighting with the stereotype of ‘submissive’ Asian girls. In a previous interview, CL stated: ‘I want to change the [general] image that people have of Asian women. I want to express my ideas through my music and on stage because I’m a musician. I want people all around the globe to know that there are girls in Asia, like me, who like hip-hop and dress unliquely.’

She is also known for her friendships with the biggest names including Diplo, Will.I.Am, Rita Ora, Skrillex, and her BFF – fashion designer Jeremy Scott. 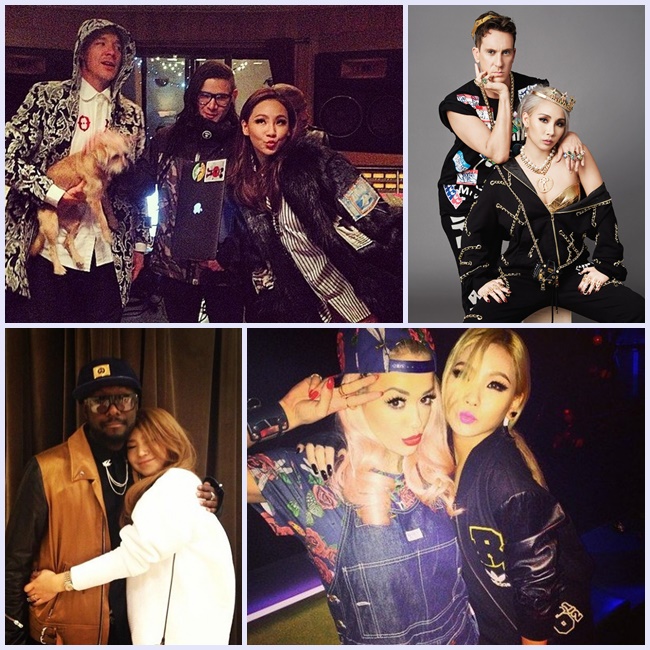 Join us at Officially KMusic in wishing CL a very happy birthday! We are still looking forward to her American album and wishing her all the best in her future career!

Scroll for more
Tap
Happy Birthday to BTOB’s Changsub!
GOT7 Prepares For Take Off As They Release A Teaser Image For Comeback
Scroll
Loading Comments...