PLAYBACK ‘Want You to Say’ you love their new MV!

PLAYBACK ‘Want You to Say’ you love their new MV!

Five-member girl group PLAYBACK have made their long-awaited comeback with ‘Want You to Say‘!

Two years and four months after making their debut with self-titled song ‘Playback‘, PLAYBACK have finally made a comeback! Check out their comeback music video for ‘Want You to Say‘ below!

PLAYBACK have made their first comeback with a playful, upbeat song which is perfect for the last memories of summer as South Korea approaches the winter season.

‘Want You to Say‘ was written for PLAYBACK by famous producer KAIROS who has previously worked with top idol groups such as SHINee, GOT7, and TWICE.

The instrumental is heavily influenced by trends in Western music, with the track featuring sounds that were integral to some of this year’s biggest summer dance hits in the US. The synths work well with the drum track and provide a strong foundation for the PLAYBACK members’ voices to stand out from. The final chorus is a standout point of the song, with the slightly different melody providing an uplifting contrast with the rest of the song and leaving listeners feeling ready to take on the world with a smile! 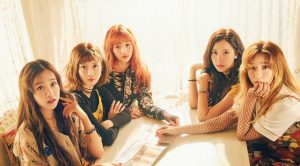 The music video for ‘Want You to Say‘ is also full of summer vibes, making the most of the last of the summer heat. PLAYBACK filmed their choreography on a sunny beach, in an open industrial area, and in an outdoor setting with bohemian-inspired decorations. These areas create a free feeling, which combined with the colour palette of the music video inspire a sense of elation as PLAYBACK finally return to the music scene. Shots of the group hanging out and playing around with each other add to the fun, lively atmosphere of the track.

‘Want You to Say‘ is PLAYBACK‘s title track from their single album of the same name. The group is also currently participating in new survival show ‘Mix Nine‘. What did you think of PLAYBACK‘s comeback track?

Scroll for more
Tap
Get ready for TWICE ‘twicetagram’ with us!
A two in one treat: Sunggyu’s solo and Infinite’s comeback!
Scroll
Loading Comments...