PRISTIN’s Kyla to take a break due to health concerns

PRISTIN’s Kyla to take a break due to health concerns

PRISTIN‘s agency Pledis Entertainment made an announcement concerning Kyla‘s health through a post to the group’s official fan cafe on October 12. The announcement said that “Kyla had a check up during her visit to the United States over the Chuseok period, and was advised by medical staff to take a break. Both Kyla and the agency hoped that it would be possible for her to continue to participate in PRISTIN‘s promotions. However the doctors said that, considering the state of her health, resting should be Kyla‘s first priority and so she should not participate in the group’s activities at this stage”. 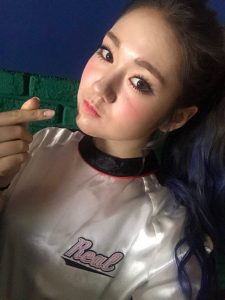 Pledis stated that Kyla will be continuing her treatment in the USA until she recovers her health. The agency also apologised for breaking the news to fans of PRISTIN so suddenly, but maintained that the decision had been made with Kyla‘s well-being in mind. In news that is sure to put fans at ease Pledis promised that, as soon as she is well enough, Kyla will return to promotions alongside the rest of her group.

We here at Officially KMusic hope that Kyla is feeling better very soon!