Ravi Drops The Fourth Pre-Release Track To The Album ‘R.EBIRTH’

Ravi Drops The Fourth Pre-Release Track To The Album ‘R.EBIRTH’

Dropping another pre-release, VIXX’s Ravi has added another one to the three other tracks previously given to the public in light of his mixtape, ‘R.EBIRTH’.

The rapper/producer has been busy with activities for his band VIXX, his duo VIXX LR, and gearing up for his own solo mixtape. Starting in January, fans were given ‘Where Should I Go (feat. Microdot)’ on the 4th of last month as his first pre-release. Follow every couple weeks after that, we received track two, ‘OX (feat. Basick)’, on January 24th, and track three ‘착한 여자 (feat. Hanhae, Soulman)’ on February 5th. There is still one more date left on the original picture which leaves fans anxious for a possible official release of a full mixtape. 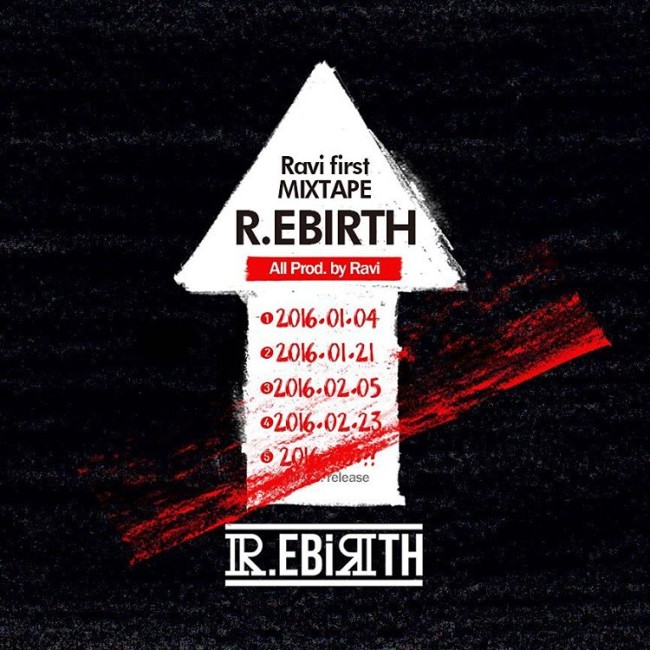 ‘Move’ is a more of a darker sound with a mystery-like backtrack that compliments his flow really well. With each track, this song was also uploaded to Ravi’s soundcloud and does not carry a music video. Check out the track below.

I am anxious to see what the last date brings and would really like a music video of just Ravi just doing what he does. Which track has been your favorite so far? Let us know!