It was revealed on November 14th that Hong Kong’s ‘Top 10’ chart had 6 songs that were from Big Bang members. Taeyang‘s recent “RINGA LINGA” dance performance video on YouTube quickly saw over 8 million views online, gaining huge attention for the artist.

Shortly after its release, Taeyang’s “RINGA LINGA” ranked number 1 on the Hong Kong KKBOX chart. His title song was first released on November 8 and quickly topped the real-time charts of seven music web-sites in Korea, including Olleh Music, Naver Music, Bugs, Soribada, Mnet, Cyworld, and Genie. Taeuang’s newest track also topped 7 countries’ iTunes charts with quite a few of them in Asia. Singapore, Malaysia, Taiwan, Vietnam and Macao just to name a few. 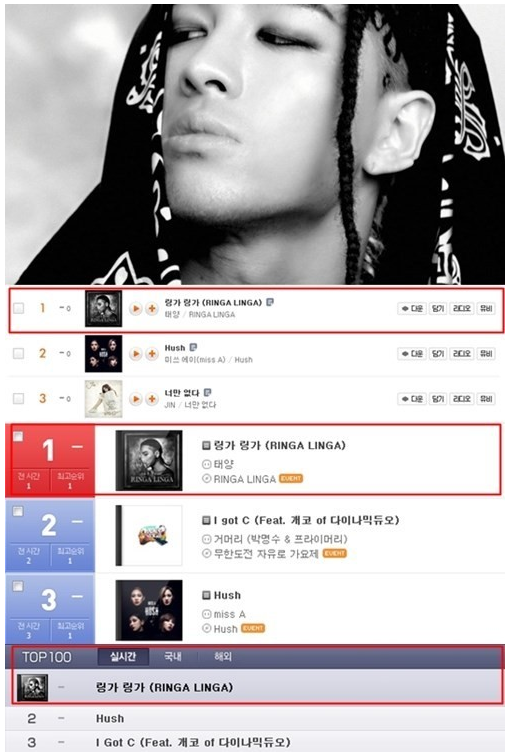 At a round-table press conference held in Seogyo-dong, Seoul Taeyang revealed, “The new album is not necessarily about change, it’s about widening the spectrum of my musical taste.”