ROCKET PUNCH come back with bright punchy MV for ‘Bouncy’! 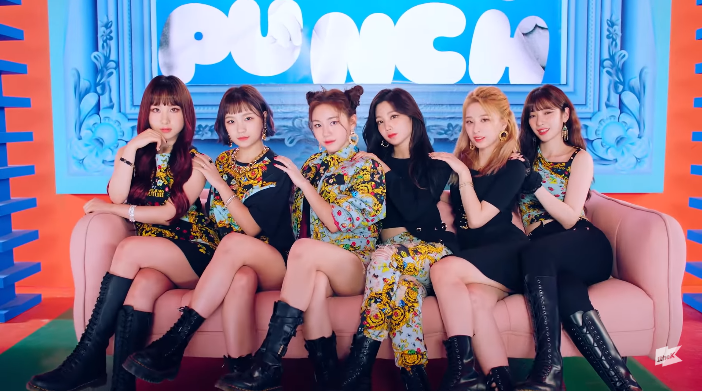 ROCKET PUNCH come back with bright punchy MV for ‘Bouncy’!

On February 10th, Rocket Punch released their 2nd mini album, ‘Red Punch’ along with their title track MV for ‘Bouncy’. Check it out below!

The song starts with the English chant like lyrics of:

“I don’t need fake guy but awesome boy don’t stop So can you take my heart like a Bouncy Bomb Bouncy Bomb“. The lyrics then go on the feelings of young people wanting to be love; the feeling of wanting their heart to bounce and pop. It is full of confidence and the same can be said about the music video.

The MV is very saturated and colourful much like the MV for their debut MV but this song is definitely punchier overall. The group’s outfits include a gold/yellow ensemble as well as a more classic girl group plaid look. Furthermore, The choreography is intense but show the teamwork of the group the strong beat and build up, along with powerful but bright vocals creates a song that is really upbeat and catchy.

This is the group’s first release since their debut back on August 7, 2019 with their 1st mini album, ‘Pink Punch’ and title track ‘Bim Bam Bum’. What did you think of Rocket Punch‘s comeback?Let us know in the comments below!

Scroll for more
Tap
CHERRY BULLET want you to put your ‘Hands Up’ in new comeback MV!
PENTAGON desperately want their ‘Dr. BeBe’ back in new music video!
Scroll