SEVENTEEN are flower boys in Japanese MV for ‘Fallin’ Flower’! 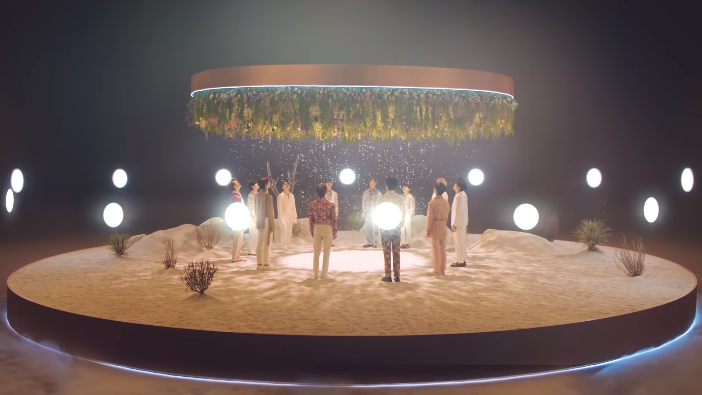 SEVENTEEN are flower boys in Japanese MV for ‘Fallin’ Flower’!

On March 24th, SEVENTEEN released the MV for their 2nd Japanese single, ‘Fallin’ Flower’. Check it out below!

The song’s lyrics describe the delicate feelings of slowly falling in love with someone. The MV itself has many beautiful shots of the members. It starts off with a group formation of a flower beginning to bloom. We then see members chained up and members falling gracefully mid-air, reflecting the lyrics. Throughout the scenes of the MV, we see the beautifully synchronized choreography the group is known for, which is how the video ends with all the members standing in a row before moving into a circle with flower petals rising from the ground.

‘Fallin’ Flower’ serves as the group’s 2nd Japanese single, with which the rest of the single album containing two other tracks (Japanese versions of previously released, ‘Good To Me’ and ‘Smile Flower’), will be released on April 1st!

How do you feel about SEVENTEEN‘s single? Let us know in the comments below!