On December 20th, Seventeen released their highly-anticipated MV for ‘Getting Closer‘. Check it out below!

With this comeback, Seventeen are trying out a totally different concept. They are going for a darker concept this time, which is complete with leather jackets and heavy beats in the song. This concept is also evident by the fact that the MV starts with a room burning. The rap team – composed of Mingyu, Wonwoo, Vernon and leader S.coups – skilfully display their manliness and cool attitudes when they are rapping. Seventeen is known for their amazing synchronisation, which they effectively express in this MV. Their choreography is also expressive, but not too intense. Throughout the MV, there are shots of random props and objects, hinting at what their full comeback will be like. The vocal and performance teams also continue to impress fans, which is what we expected of the group.

There are many hints and clues throughout the MV that suggest that this comeback will be related to ‘Oh My!‘ and ‘You Make My Day‘, which was their last comeback. For example, there is one scene where Mingyu is sitting at the end of a long table and the rest of the members are sitting around him. There are sunflowers strewn around the table. This scene is originally from the ‘Oh My!‘ MV, but instead Seungkwan and S.coups are at the end of the table. However, in this MV, the atmosphere is much darker, fitting with this current concept. 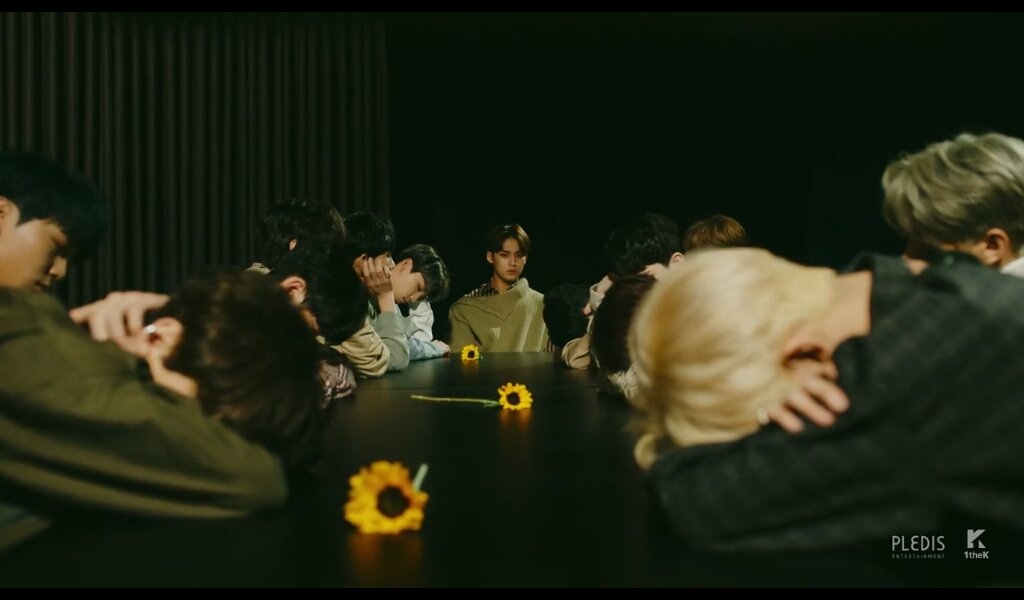 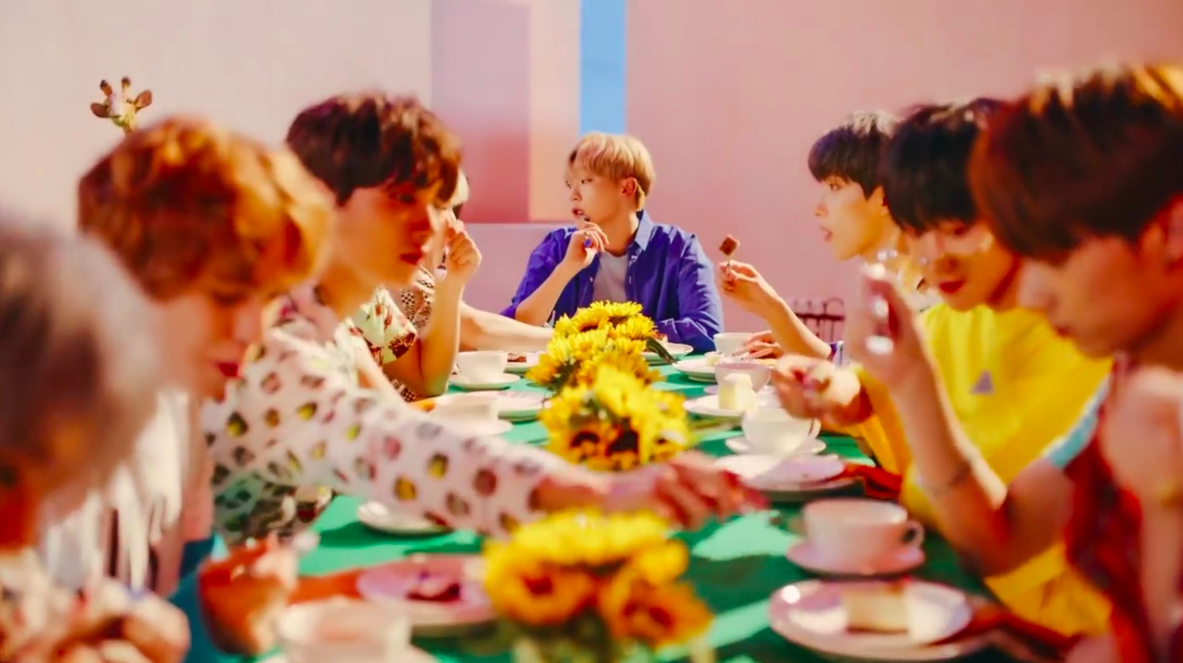 Carats had been waiting for this MV since the 2018 Mnet Asian Music Awards in Hong Kong, where Seventeen first performed this song. As usual, the group impressed the audience with their high quality performance skills and choreography. Fans therefore looked forward to the release of this MV. It has been approximately five months since they last had their comeback with title track ‘Oh My‘ and mini album ‘You Make My Day‘. ‘Getting Closer‘ is part of the ‘You Make My Day Prequel‘, which fans can look forward to in the future. Stay tuned!

What do you think about Seventeen’s new release with ‘Getting Closer‘ MV? Let us know in the comments below.