SF9 to be ‘Knights of the Sun’ in new comeback

SF9 to be ‘Knights of the Sun’ in new comeback

Fresh from conquering KCON 2017 Australia, SF9 have started dropping teasers for their comeback.

The first image released reveals that the group’s comeback with their third mini album will be titled ‘Knights of the Sun’ and will have a solar concept. 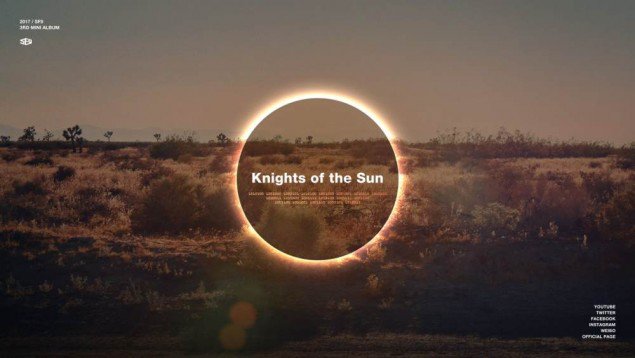 The group’s agency FNC Entertainment then posted a mysterious short teaser video on their Twitter account which was in hieroglyphics and sent fans crazy trying to decipher the meaning.  The post was accompanied by the hashtags #Decode, #SF9 and #Coming.

Now, FNC Entertainment has released a comeback schedule for the group.  Although the schedule doesn’t reveal exactly what we should expect in the lead up to the release on October 12, it instead gives us a series of mysterious, solar themed teaser titles. 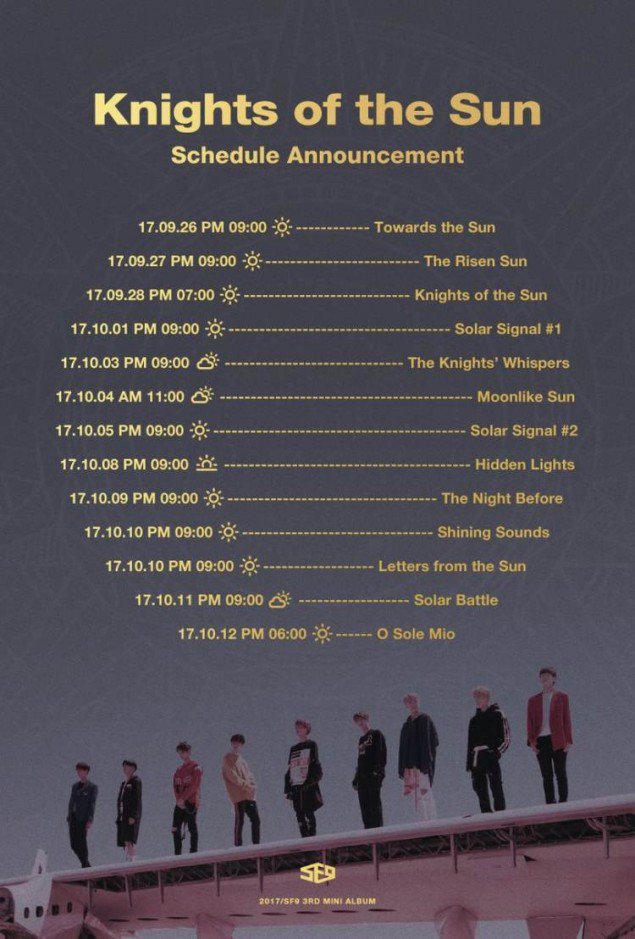 Looks like we’re in for lots of teasers with this comeback!

The new mini-album is scheduled for release on October 12 at 6pm KST.

Are you looking forward to SF9‘s comeback?  What do you think of the teasers that have been released so far?  Let us know in the comments below.