On the last day of the 3-day Korea Festival 2013, Vizit Korea, held at Singapore Expo, A-JAX put on an electrifying showcase for their fans. 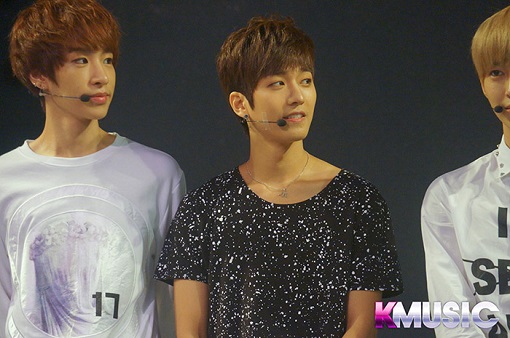 The 3-day festival which started on Friday, 25th October and ran till Sunday, 27th , came to an end with A-JAX’s showcase as well as Lee Chae Yeon’s appearance for the movie “The Grand Heist”. 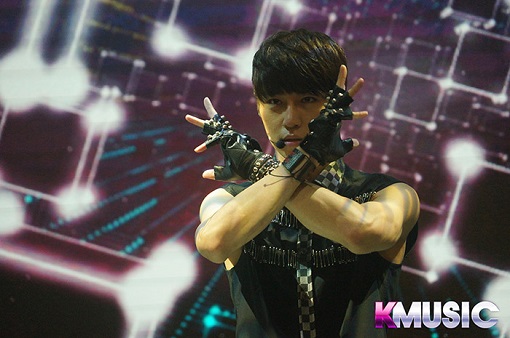 A-JAX,  a 7-member group, performed without their member Sung Min who couldn’t be present due to a recent injury. Despite missing one member, A-JAX performed flawlessly for the fans that have been waiting to meet them. 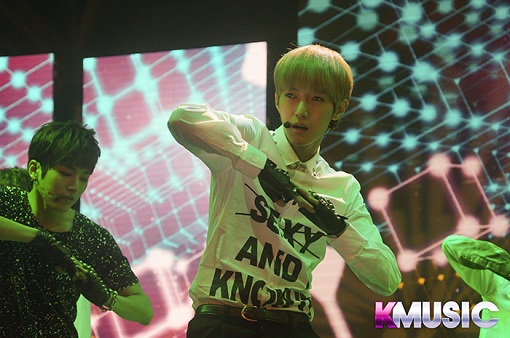 Before the boys started their first song, the host asked the boys how they felt about Singapore. The leader, Hyeong Kon said they were really excited and happy to be in Singapore. With that they kicked off their showcase with “One 4 U” and “Hot Game”, songs from their first album titled, 2MYX. 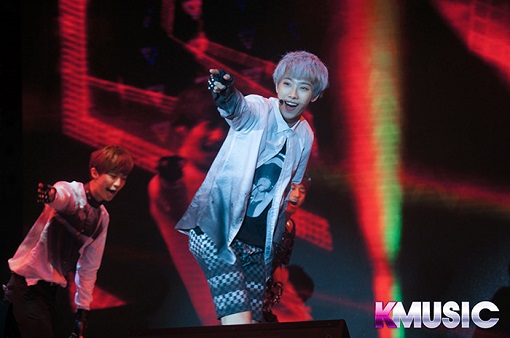 The boys then had a short interview and were asked to recommend places to visit in Korea. Hyo Jun mentioned that he would recommend the fans to try the street food at HongDae and maknae, Seung Jin would like fans to visit the popular tourist spot, InsaDong. After asking more about their thoughts on Singapore, the host then got A-JAX members to show some aegyo to their fans. The group picked maknae, Seung Jin to do the “Giyomi Player” while the rest sang along. Fans were ecstatic and started screaming and cheering for Seung Jin. 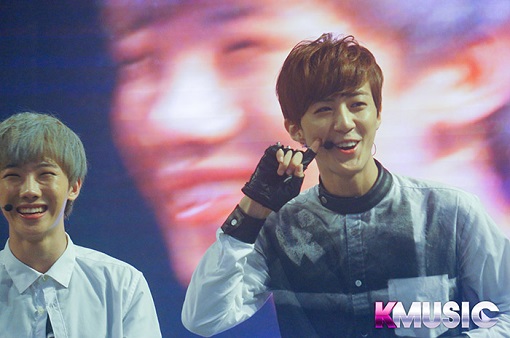 During the talk session, Hyeong Kon also revealed that Seung Jin has a habit of talking in his sleep. Seung Jin would say strange things like “Hajima” which means stop it or don’t do it. Finally, A-JAX took the opportunity to talk about their new song, “Snake” which will be coming out on 28th October 2013. The members said that they find the comeback concept very interesting and hopes that fans will love it. 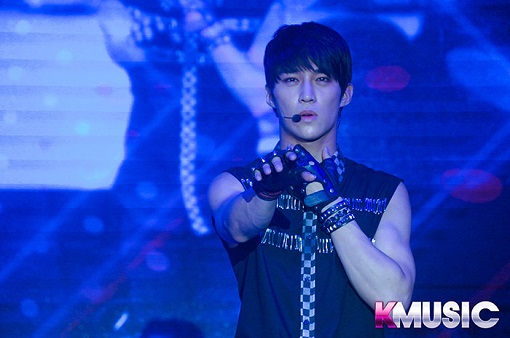 There was a short game segment during the showcase where A-JAX played the game “scissors, paper, stone” with the fans. Lucky fans got the chance to go up to the stage to receive a signed album personally from the members. Some lucky fans even got a chance to take photos with A-JAX members on stage. 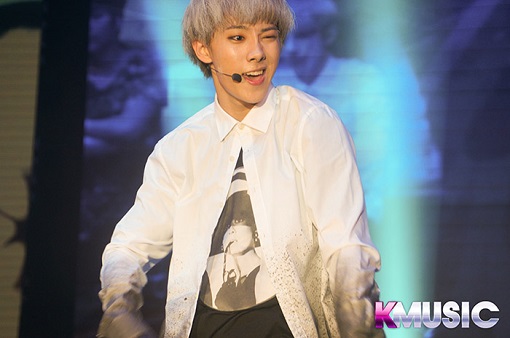 After the game, A-JAX continued with a cover of the song “Because I’m Stupid”, an OST from the popular drama “Boys Over Flowers”. 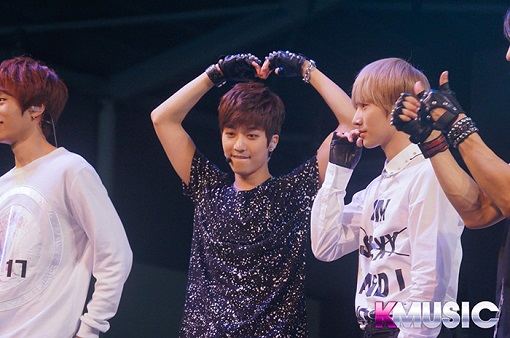 The song was followed by a surprise belated birthday cake for Seung Yeop who had his birthday on the 23rd of October. 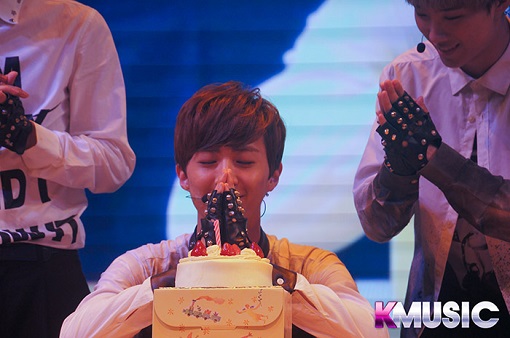 Two fans went up to the stage to present to him the cake as well as a card made for him. Fans who were present sang a birthday song for Seung Yeop together with the members and the host who were on the stage. 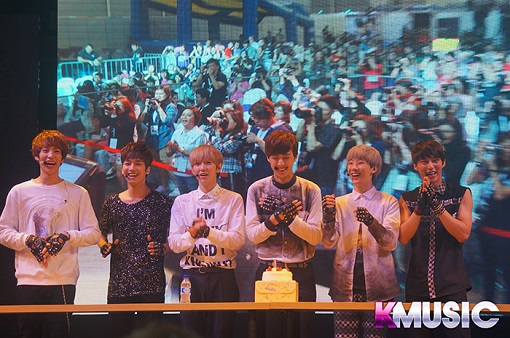 After the cake cutting, A-JAX prepared for a Hi-Five session with the fans and ending the showcase with their single titled, “Insane”. 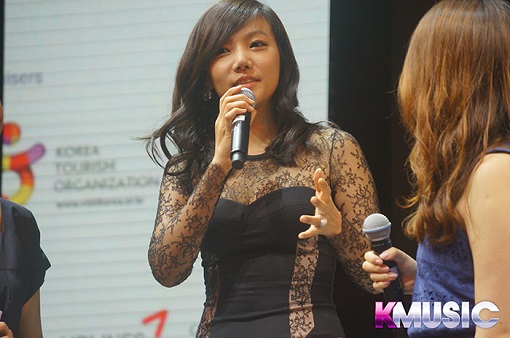 Fans who attended the showcase were left with sweet memories of the friendly boys of A-JAX.
After the showcase, fans stayed for a movie screening of “The Grand Heist”. Lee Chae Yeon who stars in the movie came onto the stage to talk to the fans about the movie. The beautiful actress said that she wishes for Korean Movies to be as popular as KPOP in Singapore and hopes that fans will enjoy the movie.

Officially KMUSIC would like to thank MediaCorp VizPro International for the invitation to the 3-day Festival. It was indeed a delightful experience!

Scroll for more
Tap
Actor Kim Woo Bin Teams up with Clothing Brand ‘Buckaroo’ to Release an ‘expressions’ Calendar
U-KISS is Back with a Powerful and Sexy Music Video for “She’s Mine”!
Scroll
Loading Comments...