SHINee Is Headed To Canada!

SHINee Is Headed To Canada!

KPOPME, DREAM MAKER Entertainment, and S.M.Enterainment are bringing ’SHINee World V’ tour to two Canadian stops in March 2017. This will be the first time Shawols will get to see full length concerts from SHINee in Canada.

SHINee debuted in 2008 with ‘Replay’ and have since gained worldwide popularity. SHINee has experimented with a variety of genres and are known for their vocal and dance skills. With six Korean albums and five Japanese albums under their belts, SHINee continues to deliver unique sounds and memorable lyrics.

Most recently SHINee have released their album 1 of 1 with title track ‘Tell Me What To Do’. The track has a 90’s R&B vibe with powerful vocals. The music video has reach 8.5 million views on YouTube.

The ‘SHINee World V’ tour is coming to the U.S. and Canada for the first time in 2017 after numerous Asian and Latin American tours.

SHINee will be in Toronto at The Sony Centre on March 19 and Vancouver at the Orpheum on March 21. Tickets are available on Ticketmaster.

Check back here at KMusic for more information about this and other upcoming Korean entertainment events from around the world! 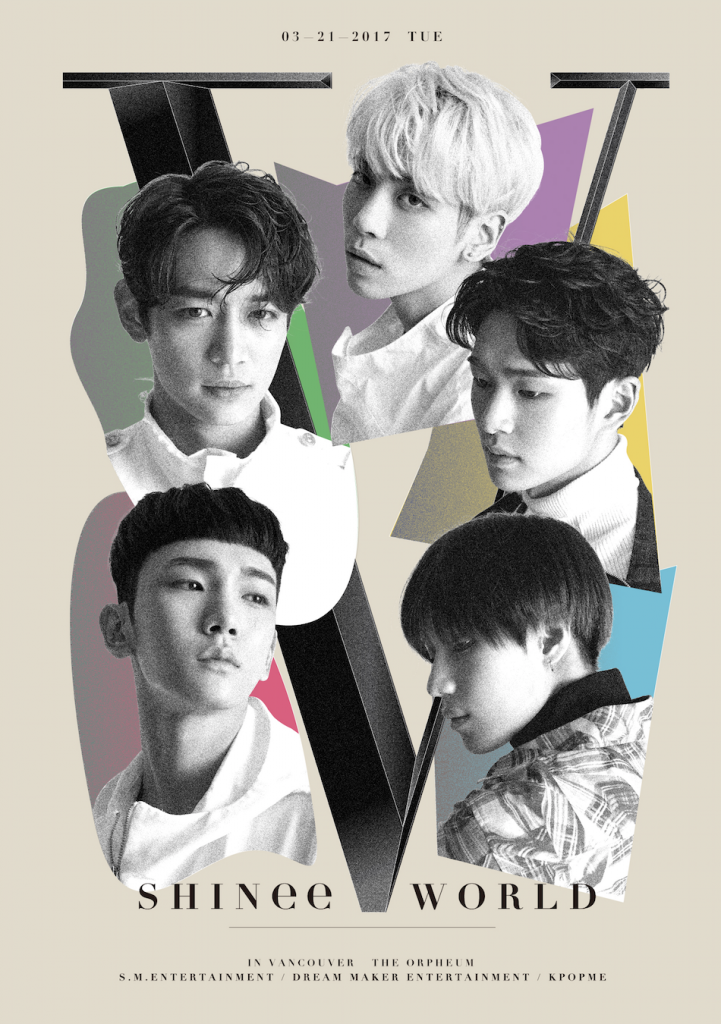 Scroll for more
Tap
K-CON Is Coming To Australia!
Ailee Is Excited To Perform In Australia!
Scroll
Loading Comments...