The flaming charisma member of SHINee, Minho, was spotted at Kun Kook University for an advertisement for the school.

On May 13th, a lot of photos were posted on an online community forum that was entitled with “SHINee’s Minho Spotted Today at Kun Kook“.

Minho is currently enrolled at Kun Kook University and took Film Studies major, and was reported to be filming for a school advertisement. He can be seen posing in different locations at his school, as you can see in the photos.

You can see him sporting a comfortable campus style with a cardigan, letterman jacket and khaki pants.

What do you think of Minho as a model? 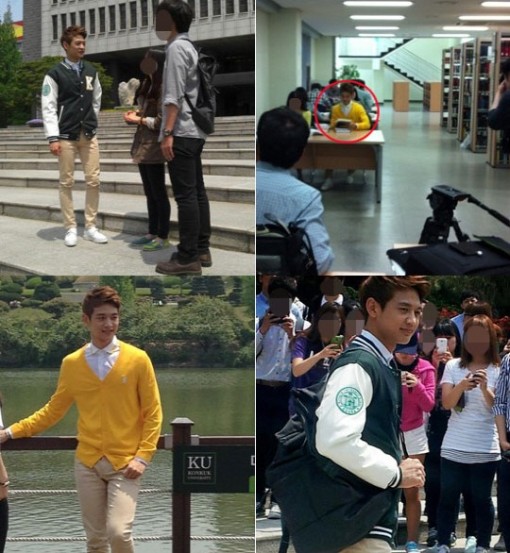