Shinhwa to make a comeback with 13th album!

Shinhwa to make a comeback with 13th album!

What is this?! Shinhwa is planning a comeback at the end of the year?….. You read that right!

Last week, news spread that Shinhwa, veteran KPOP group, is coming back at the end of this year with their 13th album. 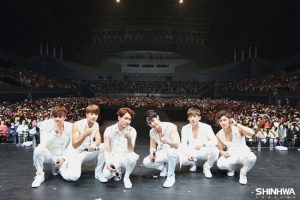 Members have been promoting solo projects but during separate radio interviews, both Eric and Hyesung spoke about the group’s comeback and 13th album. This was also backed up by a Shinhwa representative. 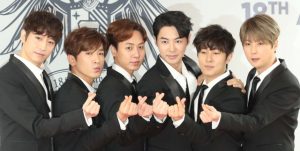 How exciting is this? This veteran KPOP group has been around for 18 years and still going strong. They show that by working things out, dedication and loving what you do, does pay off.

I know I am looking forward to their new album AND, hopefully, a world tour. I was lucky enough to see them, last year, at L.A KCON, so I know what a show, they deliver. AMAZING!

Are you excited for Shinhwa‘s comeback? Let us know in the comments below