Shinhwa ‘Touch’ The Heart Of Fans With Latest Release

Shinhwa ‘Touch’ The Heart Of Fans With Latest Release

Shinhwa, the true legends, are back with their thirteenth full album, ‘13th Unchanging: Touch‘. The album features five tracks including the title track, ‘Touch‘, and already released track, ‘Orange‘. They have just released the music video for ‘Touch’, and this track is definitely perfection!

Check it out for yourself below!

Overall, the video showed a super fantastic track with a melody that is addicting and a rap that fits well with the track. The beats for ‘Touch’ were on point and was so amazing to listen to! This trendy future bass song showed off a beautiful, mellow piano sound at the beginning of the track, allowing fans to relax and settle in. Their voices are also soft and heaven-like and it runs so smoothly through our ears! The track then builds to the point that allows the beat to drop, allowing the rap verse and the vocal verses to flow well with one another. This track is flawless! 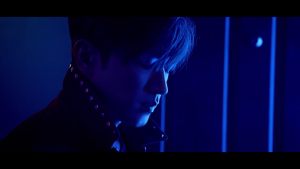 On top of that, even though fans were given only a short snippet of the dance choreography, they have shown everyone why they are called the kings! Shinhwa is just too good at everything! Especially during Minwoo‘s dance break, he showed off his sharp and smooth moves! What is unbelievable is that they can still move so amazingly in their 30’s and still look sexy as hell! They showed to their fans their manly choreography and how mature they have become! 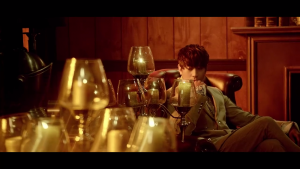 Lastly, the effects and lighting used for this video just tops and ties the whole thing together It fits well with the atmosphere of the track. Also, it seems that Shinhwa is always having a lot of fun in their music videos! In particular, this music video they can be seen destroying everything they touch! Overall, Shinhwa have delivered another amazing track and ‘Touch’ is definitely a track worth listening to!

Have you checked out the music video? What are your thoughts on it? Let us know in the comments below!