SNUPER are about to ‘Blossom’ with ‘Tulips’ in their comeback

SNUPER are about to ‘Blossom’ with ‘Tulips’ in their comeback

SNUPER is making hearts flutter with their comeback concept for ‘Blossom’.  The release will be the group’s fifth mini album and will feature the title track ‘Tulips‘.

The teasers in the lead-up to the release on April 24 are visually stunning and aesthetically pleasing.

Take a look at the short video teasers that have been released in the lead-up to the release of ‘Blossom‘.

They’ve released a group teaser image, which is in keeping with the theme and is light and bright and has a happy, celebratory mood about it. 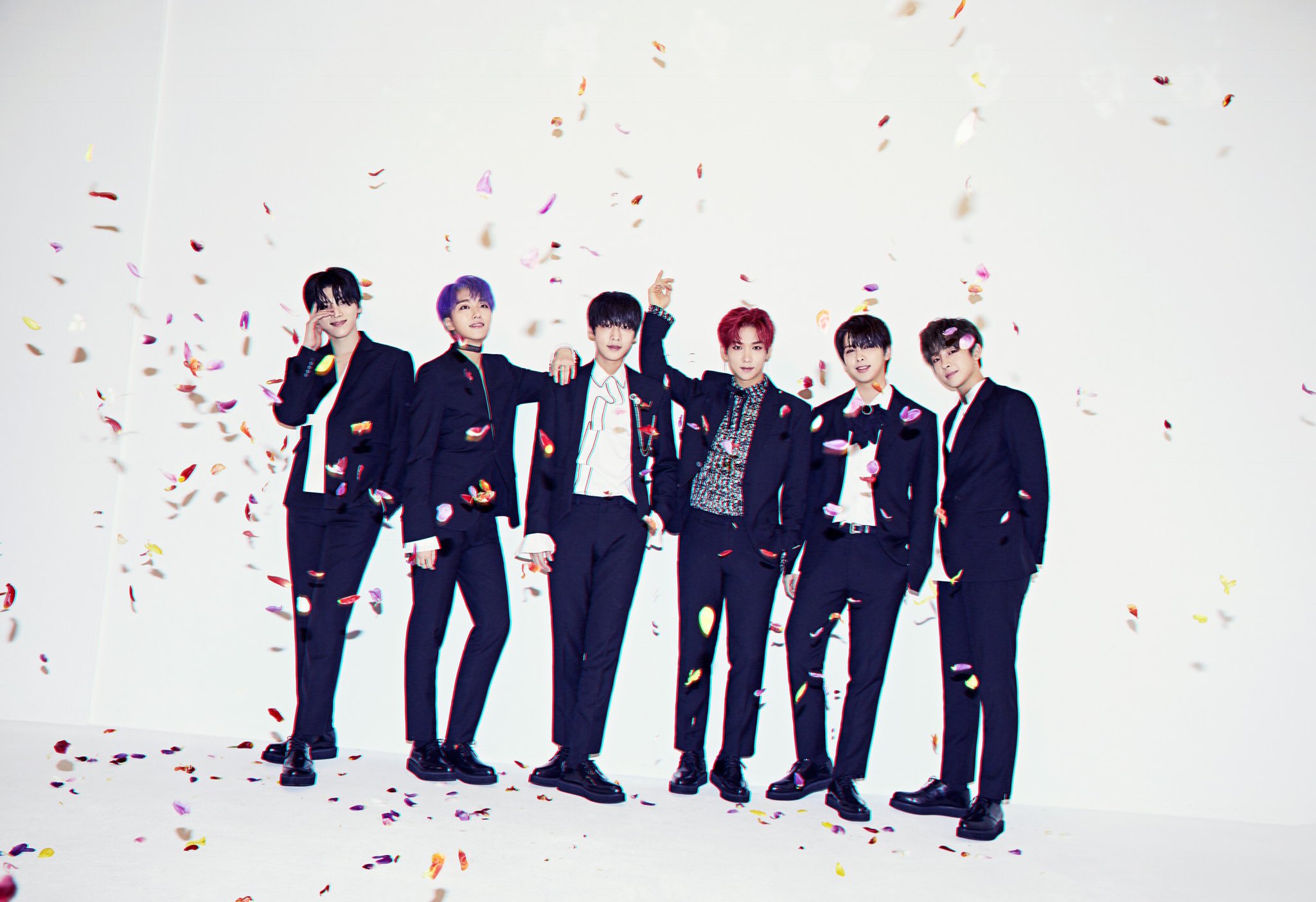 In the MV teaser for ‘Tulips‘, we get to hear a small part of the song as well as some of the choreography for the new track.  The members look incredibly handsome switching from black to white suits.  The vocals are sublime as always and the song sounds like an upbeat track that will have us all bopping!

In the comeback trailer, the members are each holding bouquets of blossoms, while smiling happily.  It seems they’re all excited and nervous about the confession they’re about to make.

The members of SNUPER released a new set of individual teasers for ‘Blossom‘, and they are stunning!

Each of the members is dressed in a black suit and holding a tulip.  Each shot is a close-up, but they are all different in tone and feeling – however, the overall charm of the images is the same, romantic and ethereal. 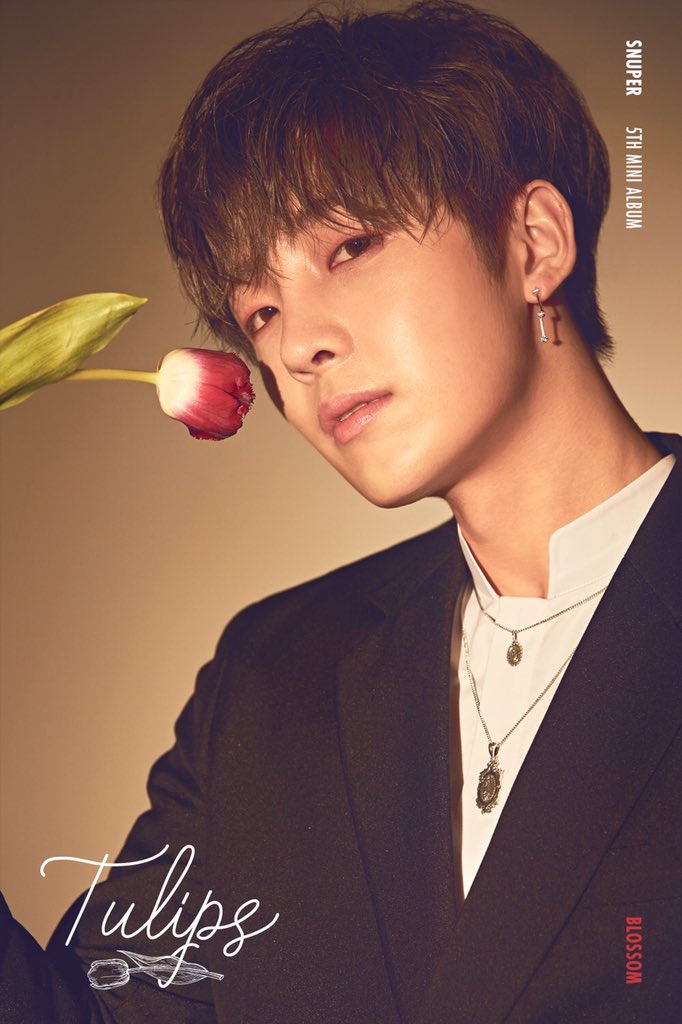 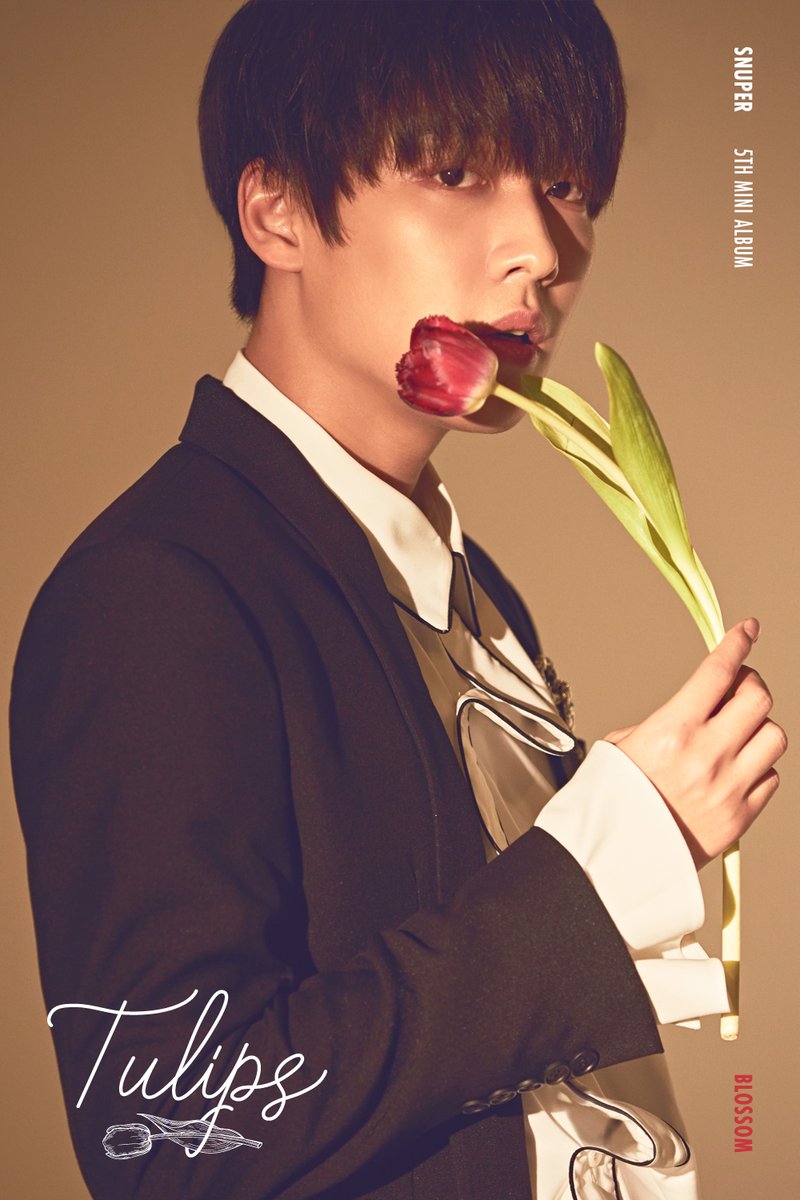 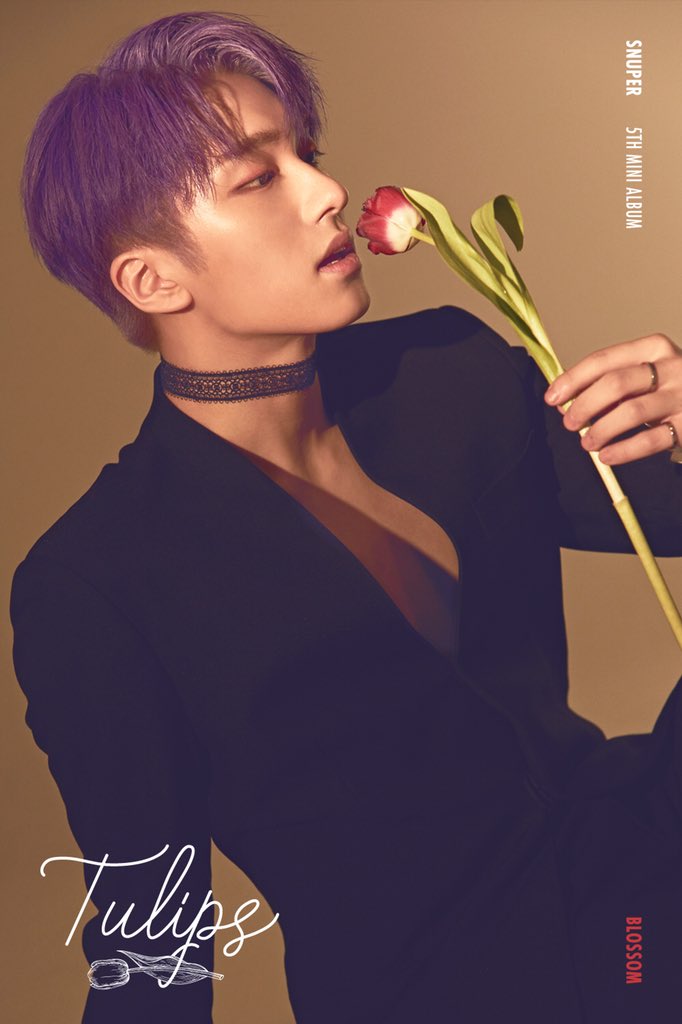 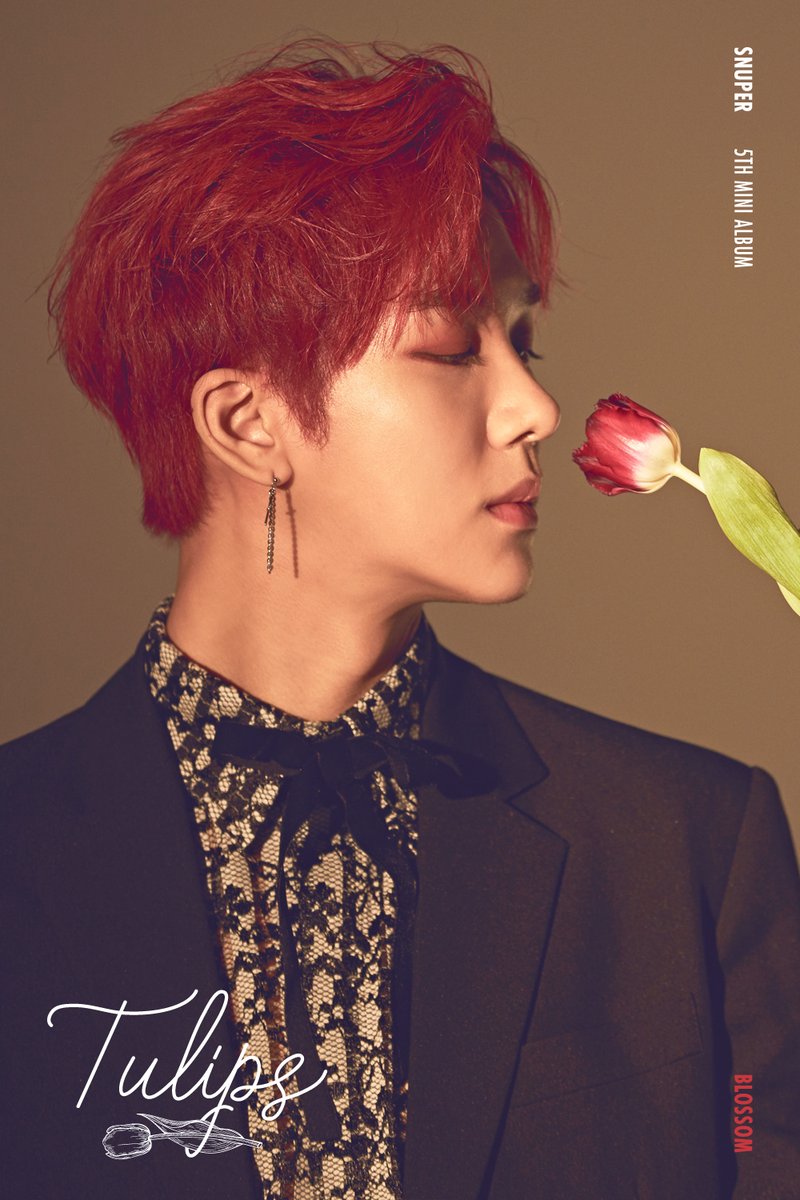 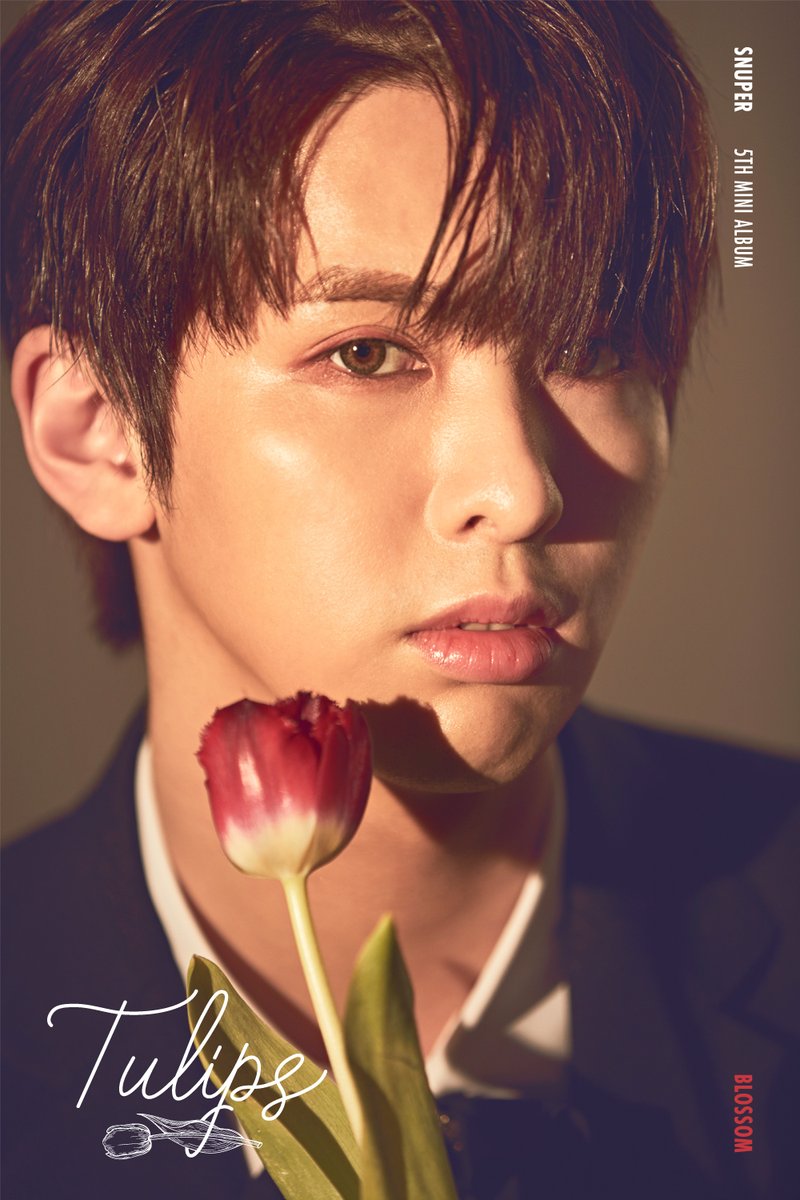 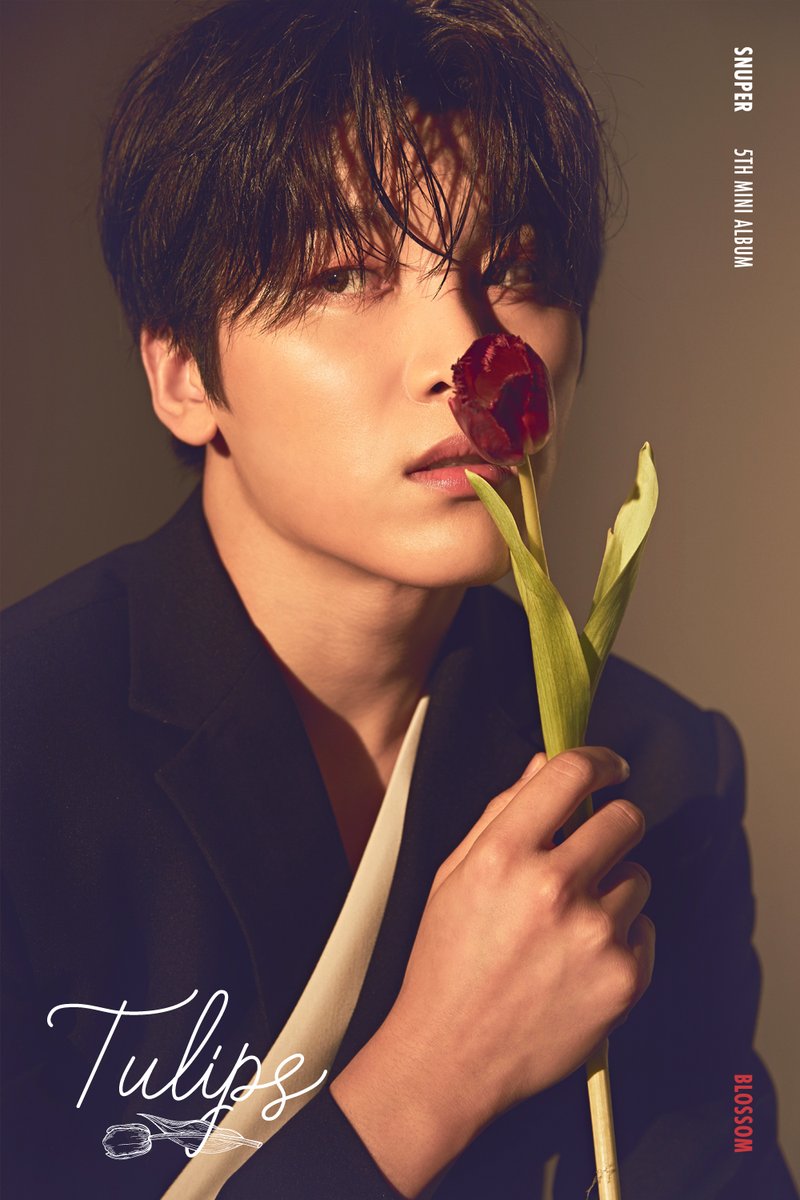 The track listing for the album was released and reveals that the album will contain a total of six tracks.  The tracks are ‘Blossom‘, ‘Tulips‘ – the title track, ‘To Me You Are‘, ‘VV‘ (Very Very), ‘Wonderland‘ and an instrumental version of ‘Tulips‘. 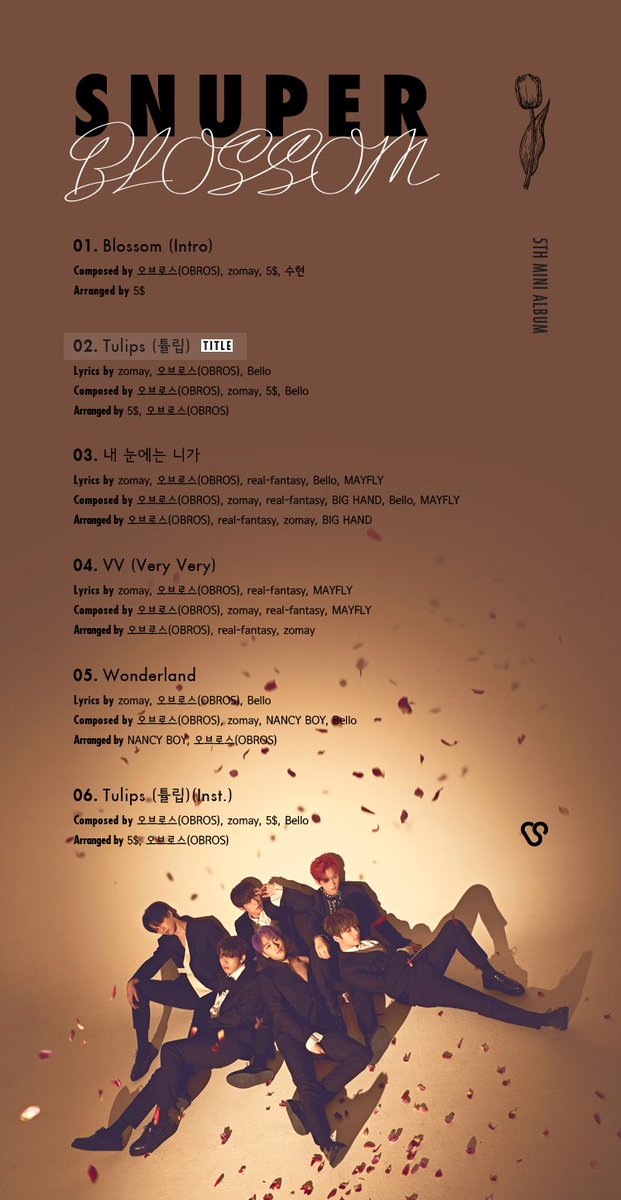 SNUPER‘S comeback album ‘Blossom’ is scheduled for release on April 24 at 12pm KST.

Are you excited for SNUPER‘s comeback?  What do you think of this concept?  Do you like the sound of ‘Tulips‘?  Let us know your thoughts in the comments below.