Kim Kyu Jong of SS501 recently revealed a photo of himself and his very close friend.

On February 27th, Kyu Jong updated his twitter account by uploading a picture of himself with his close friend along with the caption, “Today I met the love of my life. Hyung Joon ran all the way here to the city of Jeonju to buy me a bowl of soup. I give him a lot of encouragement since he’s having his first solo concert on March 9. Hee hee hee. Hurray for SS501~!”

In the picture, the two members of SS501 took a candid shot with their arms around each other’s shoulders – showing their strong bond after almost 8 years since their debut. The photo caught the attention of fans who have followed their activities. 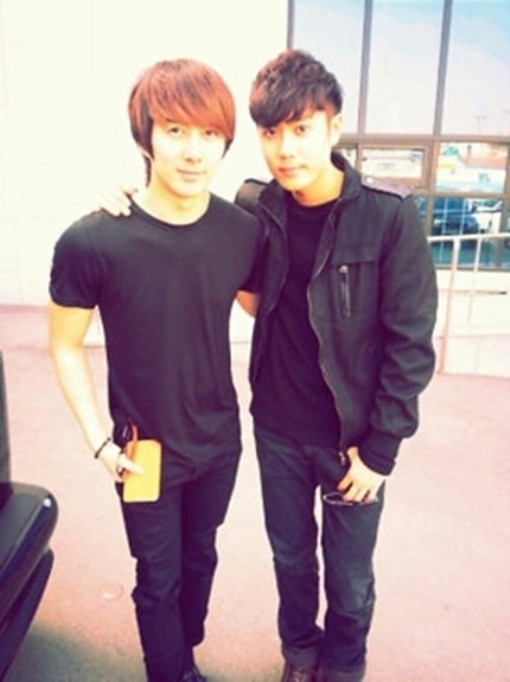