A staff who worked for BIGBANG World Tour interviewed some staff who were watching the boys closely and let them share their memorable experience with the boys during the tour.

Again, I give a big hand to many staffs who’ve worked so hard beside BIGBANG or somewhere that can’t be seen. Firstly, doing this interview I personally felt that “BIGBANG is given much love by the staffs.”

BIGBANG is also the group which treats staffs well. I think BIGBANG is the only group which practices how to be funny with body and prepares interesting stories to make the tired staffs laugh, though they’re already busy preparing their own stages. 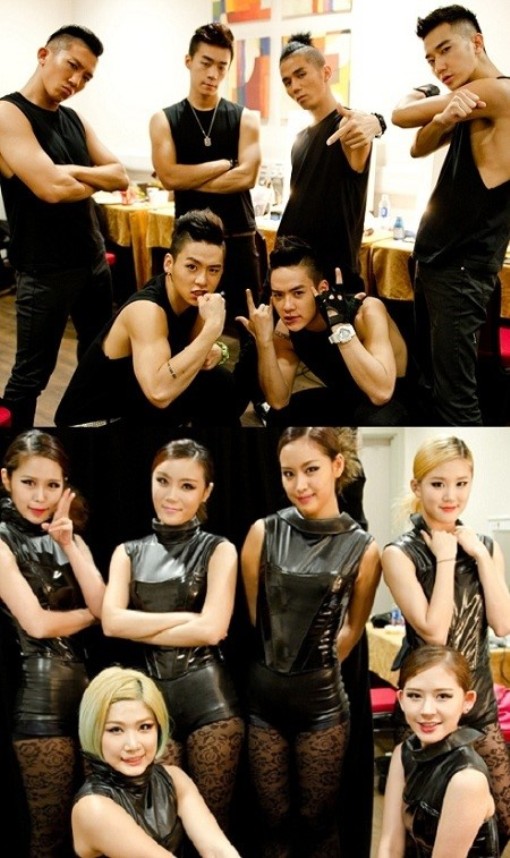 I still see BIGBANG as children when they’re not on the stage. I’m not saying that they’re immature but they’re children who have pure passion. They’re awesome on stage because their innocence is not defiled. As one of the people who haven’t missed a single stage of this World Tour, BIGBANG they’re just…I can’t describe in words, they’re The Most. Awesome. Group. on stage!!

1. How do you feel having been the World Tour w/ BIGBANG
2. Any memorable country or stage
3. To BB who finished World Tour!! 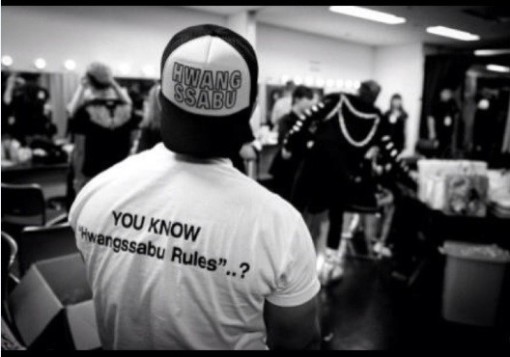 1. First of all I’d like to say in one word, “VEEEERY TOUCHING PROUDNESS”. Through the 9 yrs which started when they were trainees, I don’t know all their feelings but I think I’ve been a big part. They grew up through the times that were hard, sad, tiring, lonely, hurting, painful, and agonized. Also they’ve been tried, and tried, and tried to make them accepted non-stop. I feel finally they filled their stages with passion, happiness, excitement, enthusiasm, satisfaction, hope, thank, and love through their music on World Tour. BIGBANG making the world touched made me feel lots of things and it was an honor. GD, Taeyang, TOP, Daesung, Seungri, thank you for finishing it with no one ill. 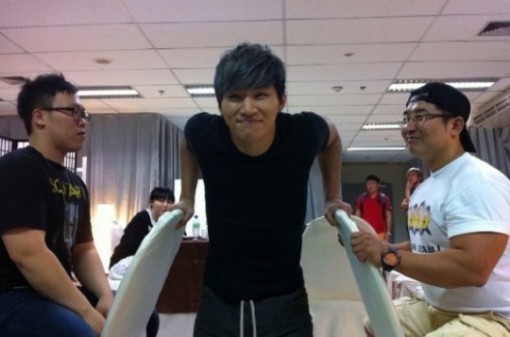 2. Definitely, Peru. First impression in Peru was so so. Starting at the airport, staffs’ luggage was broken, untied, missing. But we could feel the passion of South America as soon as we arrived at hotel. Usually there are lots of fans waiting in front of hotel, but in Lima, Peru there were A LOT of fans waiting. Even they were waiting for members thinking by any chance, singing BIGBANG’s songs one after another. At the outdoor stage, given BIGBANG’s passion, they were feeling BIGBANG’s music together holding placards, shouting and dancing with the special sense of rhythm of South America. It was very touching. Thank you, Peru.

3. I’d like to say this to BIGBANG who knows very well this is a just a start. Don’t get ill~ I know you’ve been good taking your selves but again, I’m asking. Aja Aja~ Hwaiting! 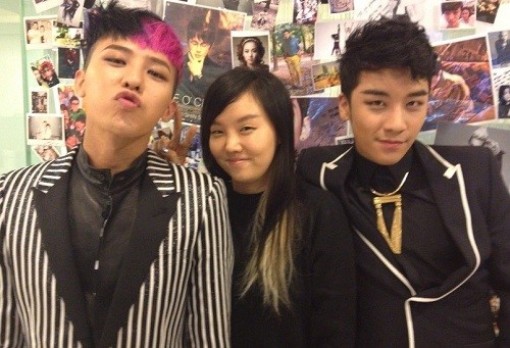 1. Starting the World Tour with BIGBANG I was very worried if we can do well in all those many countries. Starting with “Can we airlift lots of outfits without any trouble in each country” to the washing problem, I was very nervous. But I remember at the first World Tour, watching BIGBANG flying over the stage, I decided to enjoy it a little more. Thanks to the members, I could have expectations of being together for show and a huge chance in new cities.

2. I remember at the airport in Peru, it was like a nightmare. A few bags of outfits were missing. So about 50 staffs couldn’t go to hotel, waiting and counting the bags one by one. Next memorable place is New York!! I remember very vividly that the members were still excited behind the stage for the audiences were truly enjoying and dancing together. I myself wanted to watch and enjoy at the seats. Also after London Concert, Jiyong and a few staffs stayed a few days in London. We were freely shopping and it was fun.

3. More than anything, I thanked them. After finishing one concert and leaving, I missed them even expecting the next concert. Even being busy with their own schedules, they were always so ready and energetic, leaving no place for staffs to be tired at the concert hall. I was very stimulated by them. Their funny jokes and happiness truly makes staffs feel good atmosphere. I felt it once again this time that BIGBANG’s charm is the “mind of a beginner”. I told this to members while we were heading the restaurant where we’ve been going since they were trainees, even BIGBANG’s taste remains as the “mind of a beginner”. As a staff who is working at the closest, I’m very looking forward to the more awesome World Tour next year. Till then, I should improve my skill to suit the name of BIGBANG and work hard like them. BIGBANG hwaiting!! 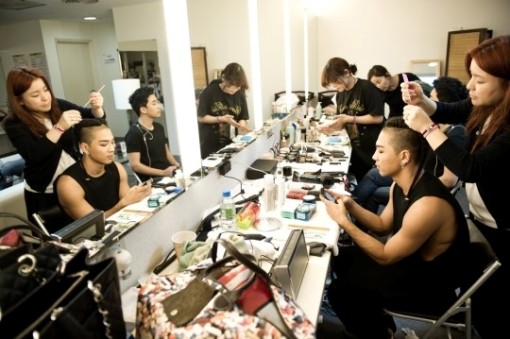 1. Being together with this BIGBANG World Tour, I’m always touched watching the passion and I feel the passion makes me younger. They’re young but I have a lot to learn from them so they always make me tense.

2. I remember especially… when Taeyang had a bloody nose during the performance in England. I was watching the monitor and I was very shocked and worried. He stopped the bleeding quickly and went up, jumping around the awesome stage. I thought he was incredible. Also every time I watch the encore stage, I think they’re the most free spirits in the world and I love the passionate figure of members.

3. The World Tour is over but this is just a new beginning for BIGBANG. I’ll consider more beautiful hair styles and work much harder. I love you~ 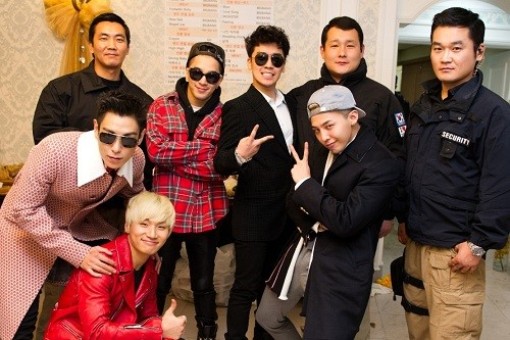 1. Being with the World Tour, I remember Tour in China and Peru. In China, there were tens of cars chasing the members as they move and dangerous accidents occurred at the airport because of many fans. I thought the passion of fans was huge. In Peru, the road in front of the hotel was blocked because of the South American fans. Also they were shouting BIGBANG singing BIGBANG’s songs all night long as if they were enjoying a festival on the street. I felt great of the fans’ passion.

2. Visiting each country with BIGBANG, we the security team felt great that their popularity was more than we expected. We were proud thinking the name “World Star” BIGBANG is not awkward at all. When we were running with BIGBANG when they were down from the stage singing near the fans, at first there were some hardships guarding them but we were having fun as well.

3. I think members are half feeling free, half feeling sad, finishing a long World Tour. I hope they take a good care of their health and have a World tour once more in more countries. It was an honor to be a part of it. Best in the world, BIGBANG hwaiting! 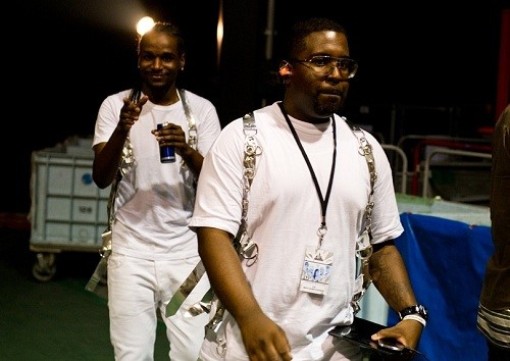 1. This has been a truly amazing experience. I’ve been on many tours, and I must say that not very many artists are dedicated to putting on a quality performance each and every time like BIGBANG is for their fans.

2. My most memorable stage would have to be the show we played in Malaysia. it was an outside stage and it was pouring rain, and the fans still showed up. That was pretty cool! 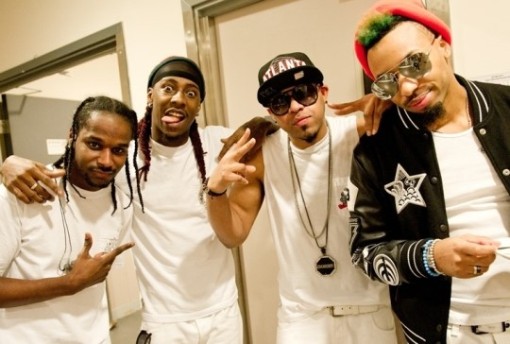 3. Thank you for this opportunity, and also for your hard work and dedication. I’m honored to have had this experience, and I hope it isn’t the last! 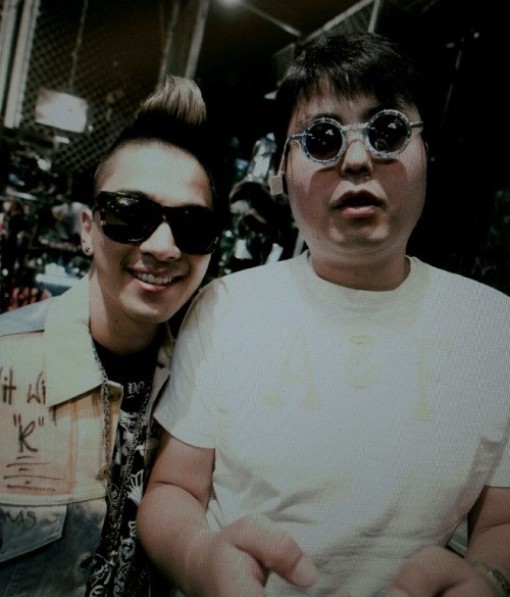 1. As one of the staffs for BIGBANG World Tour, it was very nice to visit each country and feel the popularity of BIGBANG and K-POP myself. Also it was a great experience that made me think that I would work harder somewhere isn’t seen for BIGBANG who will perform more amazing stages. It was great to experience a little bit of culture in each country too. Thank you BIGBANG♥

2. The most memorable place is New York. I visited here and there with TOP, resting for a short time. There were a lot to look around and I saw the first snow in 2012 in New York with TOP. It was a meaningful place. 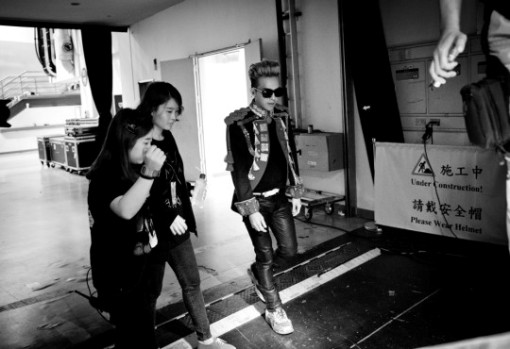 3. I’m shy talking like this to members who I see every day. Though it was a busy schedule, it’s a good thing that we finished World Tour safely without any big accident. I’ll work much harder from now on and hope members go forward, on and on till all people around the world shout out BIGBANG! Hwaiting. You’ve worked so hard and you’re awesome. BIG! BANG!♥

Scroll for more
Tap
After School’s Lizzy has Hinted at the Group’s Comeback
LEDApple’s “I’ll Be There For You” Special Digital Single Released!
Scroll
Loading Comments...