SubKulture Entertainment, in partnership with DSP Media, has announced ‘Wild Kard‘ 2017 K.A.R.D’s 1st tour in America. The four member co-ed group will hit the states in May with stops in three U.S. cities: Chicago, Houston, and Los Angeles.

K.A.R.D is making waves prior to their official debut, becoming one of the biggest rookie groups of the year. Their name stands for K​ing, A​ce, JokeR​, & HiD​den. The co-ed group consists of two male rappers, J.Seph and BM, and two female vocalists, Jeon Ji Woo and Jeon So Min.

Ticket sales for ‘Wild Kard’ 2017 start on Saturday, April 15th at 10am venue’s local time. There are four ticket tiers that include benefits for the fanmeet. The benefits will be separate for each tier. 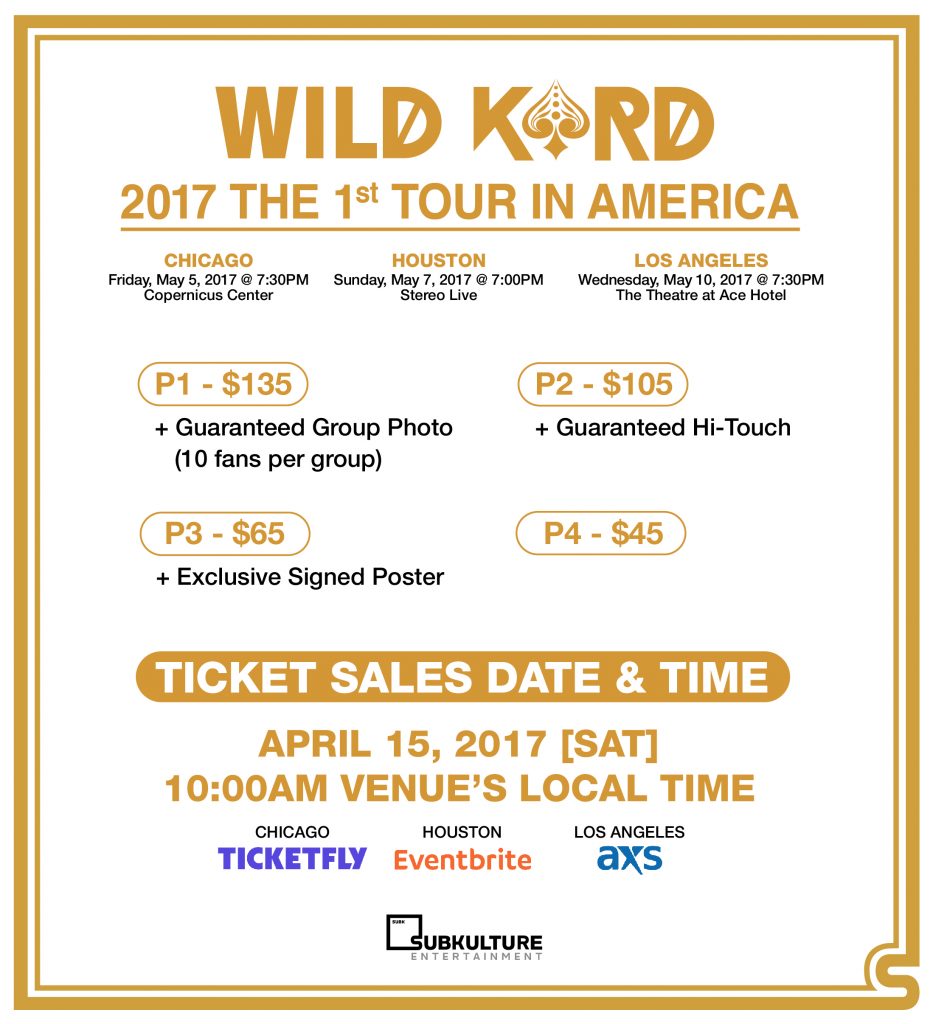 Check back here at KMusic for more information about this and other upcoming Korean entertainment events from around the world!