SungYeol Completes The Infinite Set As He Finally Joins Instagram

SungYeol Completes The Infinite Set As He Finally Joins Instagram

Literally days ago, SungGyu had joined Instagram leaving SungYeol the last man standing in Infinite to join the social network. Now Inspirits can rejoice as they now can follow all seven members of their favourite group on the image sharing app.

In the midst of the second world tour, Infinite Effect, SungYeol (@leeseongyeol_1991) followed right behind his leader SungGyu (@gyu357) by moving past his Twitter and joining a new SNS. Members like DongWoo (@ddong_gg0) and L (@kim_msl) have already been really active with sharing their pictures on the app, while Hoya (@isayhousayya), WooHyun (@nwk91) and SungJong (ssongjjong_ifnt) aren’t nearly as active.

SungYeol’s first image was of his foot in his shadow with a simple caption of “??”. He did follow up with a picture of DongWoo eating for his second picture. 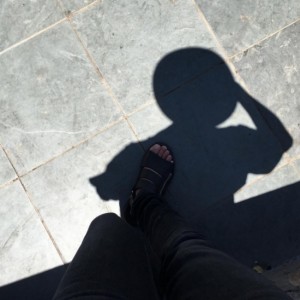 At this time, he is only following SungJong and already has 74.4K followers.

As the writer who had just mentioned that he didn’t have an Instagram while putting SungGyu’s article together, I laugh a bit inside that he made one a day after. I previously went to the Infinite Effect concert in Los Angeles so I am pleased to be able to follow one of my favourite groups on the app. Will you be one of the many following them as well? Tell us about it.

Scroll for more
Tap
The Official Trailer For Cross Gene’s ‘누나 너 말야‘ Has Been Released For Their Comeback
Just Before Their Debut, Astro To Star In A New Reality Show
Scroll
Loading Comments...