‘Super Show 5’ is the fifth sold-out world tour performed by the South Korean K-pop group, Super Junior. The ‘Super Show’ concert tours have been held annually since 2008. This year the tour kicked off in Seoul, South Korea on March 23, 2013 and has continued across Asia, South America, North America and will be reaching Europe next. 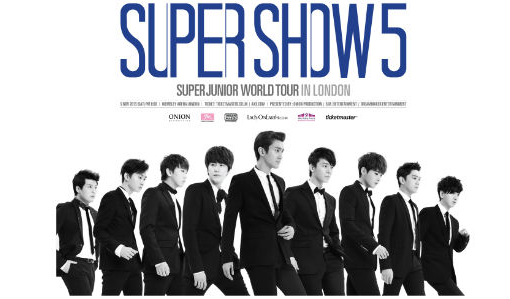 On November 9th Super Junior will be entertaining fans in London‘s world famous arena, Wembley Arena. This will be Super Junior’s only stop in Europe for this world tour and this will also be their first solo concert in the UK.

This promises to be the K-pop event of the year that no fan should miss. Check out the trailer video for their London show below!