One of the big name idol-turned-actresses, Miss A‘s Suzy, has been confirmed to return once again in the SBS’s upcoming drama ‘While You Were Asleep‘!

Suzy hit a rough patch earlier this year when netizens weren’t happy with her acting in the drama ‘Uncontrollably Fond‘ but her redemption will be seen in this incredible new drama. Suzy will be starring as a woman who can see the future in her dreams. Unfortunately, the events she dreams of are crime ridden, so  with the help of a prosecutor (Lee Jong Suk) she tries to stop those dreams from becoming reality. 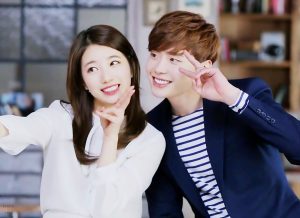 If the plot and actors haven’t lured fans in yet, then the amazing production team will! Suzy is rejoining writer Park Hye Ryun , who previously wrote for Suzy’s debut drama ‘Dream High‘. PD Oh Choong Hwan will be directing the drama, which is set to premier next year, and previously directed for the hit show ‘Doctors‘, and ‘My Love From The Stars‘!

What are your expectations for this drama?

Stay tuned to Officially KMusic as we bring you the latest in Korean Drama and Movie News!

Scroll for more
Tap
Dara And CL Speak Up On Disbandment With Heartfelt Letter To Fans On Twitter
Shinhwa Will Have You Falling In Love With Them In ‘Orange’
Scroll
Loading Comments...