It has been confirmed that Victon‘s official lightstick is coming to us in February 2018! Get ready Alice to save up because they are beautiful.

Victon updated their Twitter and Facebook accounts today to celebrate their 1st year anniversary. They showed off the gifts and cake they had received but also had a present for their fan club, Alice.

Blue Atoll and Blazing Yellow had been confirmed as their official colours and can be seen on the new lightstick below! 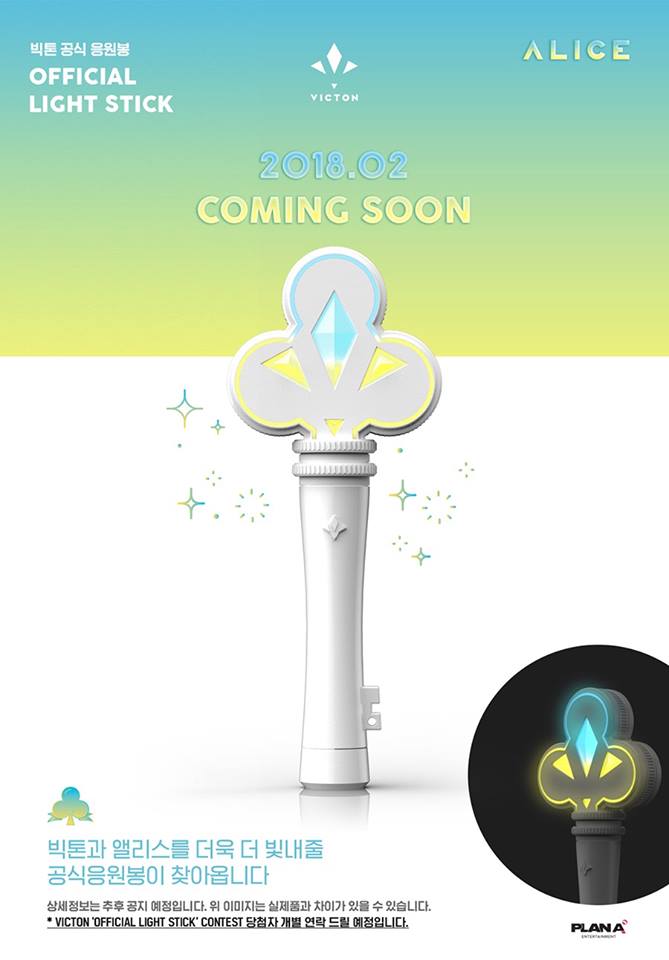 The specific date of when it will be available is yet to be confirmed. So keep following Official Kmusic for the latest details!