Starlights all over are getting excited as the Kings of concepts are gearing up for another amazing comeback.

Jellyfish Entertainment’s first boy group, VIXX, is known for being daring with their images and it has paid off as the six members have been love slaves, cyborgs, angels, demons, voodoo dolls, boyfriend material and everything in between. Now they are back with a new idea called ‘Conception’.

No one is quite sure what Hongbin, Ravi, N, Leo, Hyuk, and Ken have up their sleeves this time but check out the schedule below to be prepared! 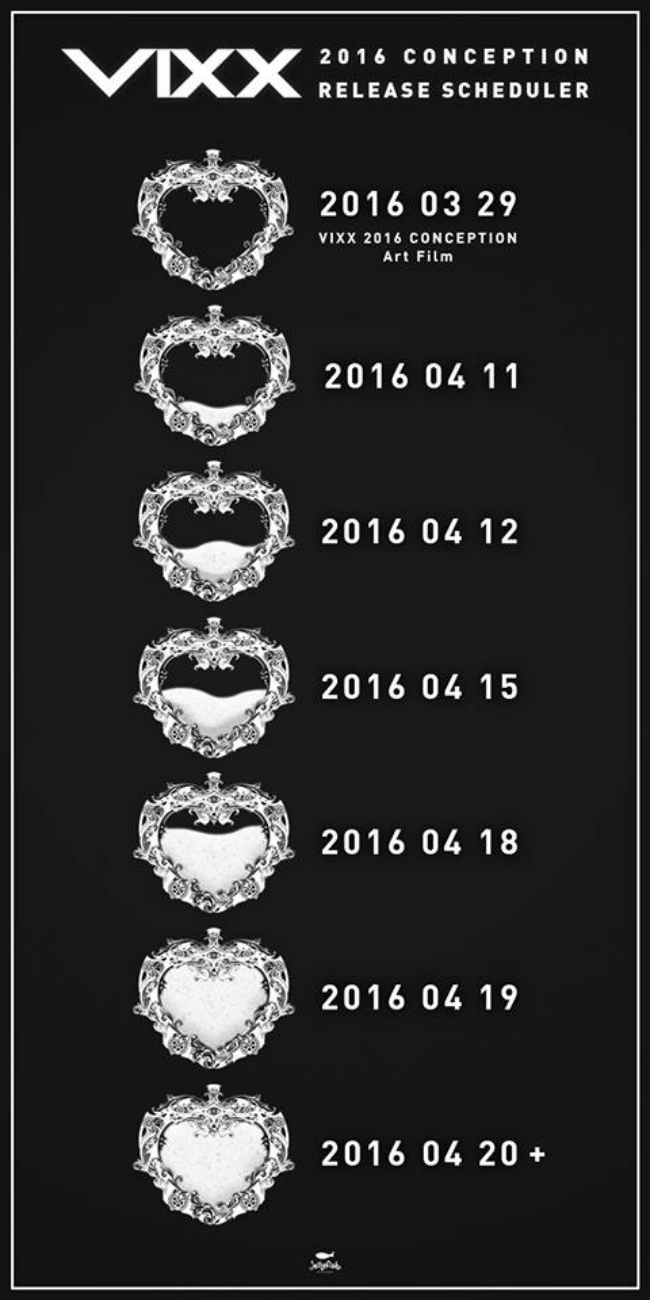 Previously, Jellyfish released an art film on March 29 to announce that VIXX was making a comeback in April. Slotted for April 19, the new layout doesn’t give fans an idea of what is coming out when but there is a lot of dates on the poster which can only mean something epic is upon us.

What theories do you have of the new concept? We want to know!

Scroll for more
Tap
NCT U Welcomes Ten As The Second Member Of The Unit
SM Entertainment Introduces Taeyong As The Third Member For NCT U
Scroll
Loading Comments...