Weki Meki have announced that they will be releasing a special, limited-edition B version of ‘WeMe‘!

Fantagio announced that the second physical version of the mini album will be hitting the shelves on September 12. The company said that the B version will show a more pure, innocent side of Weki Meki that will contrast with the powerful, “teen crush” charms of the original version.

The company also released the official cover art for Weki Meki‘s B version of ‘WeMe‘, which you can check out below! It radiates innocence, with the eight members dressed in white with wide smiles. 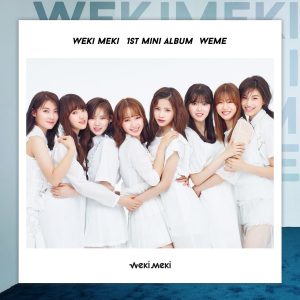 This special B version of ‘WeMe‘ will be a strictly limited-edition release, as it will be chock-full of extra content for fans! Fantagio has announced that those lucky enough to get their hands on a copy will be treated to interviews with the members, a collection of Polaroids taken by the girls, and previously unreleased photos from the Weki Meki members’ childhoods!

Weki Meki is currently promoting their debut track ‘I Don’t Like Your Girlfriend‘. Are you going to try and snag a copy of the B version of ‘WeMe‘?