Zico wants you to play ‘Any Song’ in new MV! 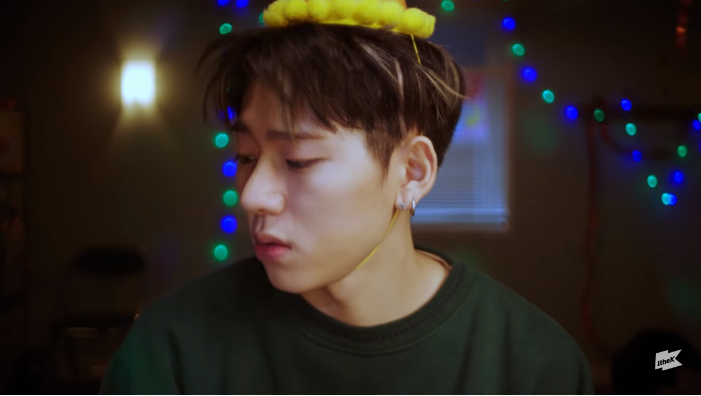 Zico wants you to play ‘Any Song’ in new MV!

On January 13th, Zico released his new single and MV for ‘Any Song’. Check it out down below!

The song describes a cold atmosphere, being bored and tired from a day in life and simply asking to put any song on to lighten the mood. In the MV, we see guests entering and having fun at a the singer’s birthday party. Zico is bored of the party, clearly not enjoying himself. When the party dies down and everyone is seemingly gone, he decides to have fun alone, dancing around the living room. The MV ends with him leaving the house to enjoy running outdoors being by himself.

‘Any Song’ has achieved an all-kill in the charts (topping #1 on all major charts in real-time) and is on the way to gain a certified all-kill (#1 on all major daily charts).

What did you think of Zico‘s new track? Let us know in the comments below!

Scroll for more
Tap
Ong Seongwu is a hopeful romantic in ‘We Belong’ music video!
Taeyeon releases beautiful MV for ‘Dear Me’!
Scroll