Prepare yourselves for the ‘Season of GFriend‘!

The six-member girl group will be holding their first solo concert titled ‘Season of GFriend‘ early next year! GFriend announced their concert on November 27th, simultaneously releasing two teaser photos of empty chairs, which you can take a look at below: 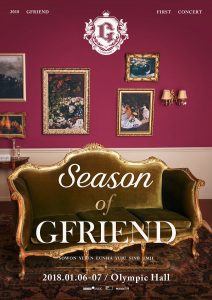 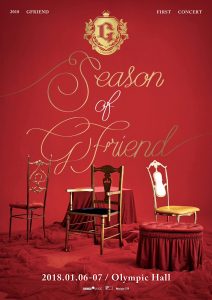 Following the release of these teaser images, GFriend have also now released their first official concert posters! These posters see the GFriend members take their places in the empty scenes from the teasers. The two posters show the members wearing different outfits that contribute to different vibes. The first sees GFriend clad in ornate red, blue, and gold ensembles whilst seated on a golden couch. In the second image, the members pose in a red room wearing black and white clothing. Check the posters out below! 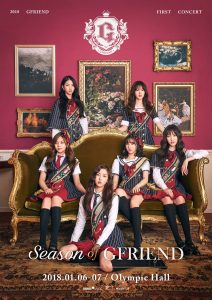 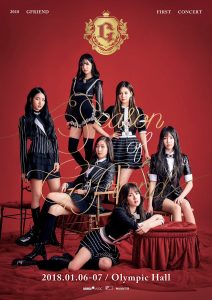 GFriend will hold their first solo concert ‘Season of GFriend‘ at the Olympic Hall in Seoul’s Olympic Park on January 6th and January 7th next year. Will you be getting tickets?