Despite releasing their first single album ‘Act.3 Chococo Factory‘ less than three months ago, Gugudan will be gracing our ears yet again later this month!

On January 9 the group’s agency Jellyfish Entertainment announced that Gugudan‘s next comeback will be on January 31! 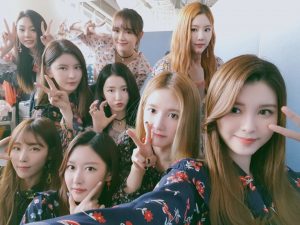 A representative for Jellyfish Entertainment said “We have recently set out a comeback schedule and Gugudan are currently preparing for their promotions.” The company also said that although they cannot reveal Gugudan‘s upcoming concept yet, the group’s next album will show a different charm than anything they have promoted with before.

In additional good news, Gugudan member Soyee will also be promoting with the group after recovering from a shoulder injury that saw her sidelined from ‘Chococo‘ activities!

Is there a particular concept you want to see Gugudan take on for their next comeback? Let us know in the comments! Gugudan will return on January 31!