MAMA has announced massive collaborative stages which you can look forward to!

MAMA has announced massive collaborative stages which you can look forward to!

That is right! There are more stages that fans can look forward to seeing! MAMA has announced a massive list of beautiful collaborative stages for the Hong Kong MAMA as well as the Japan MAMA. So, check it out below! 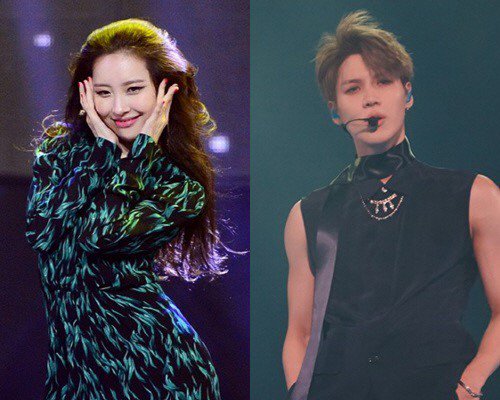 Besides the lineup that everyone knows, it was revealed that we will have an incredible dance collaborative performance between SHINee‘s Taemin and Sunmi. They are both nominated under the category for best solo dance performance. Thus, it is definitely exciting to see what the two will bring to the stage.

Meanwhile, EXO‘s Chanyeol and Soyou will be on stage together to perform their hit ‘Goblin‘ OST track, ‘Stay With Me‘ and ‘I Miss You‘. This special performance segment will also include a performance by Ailee.

The final collaborative stage to be announced is that Dynamic Duo will be performing with various idols during the Hip-Hop segment. All three collaborative moments will take place in Hong Kong. On top of that, Wanna One will be bringing a special performance to Hong Kong.

Another thing to look forward to is the collaboration between Red Velvet and NCT 127!

Meanwhile, in Japan, they have confirmed that I.O.I and AKB48 will be collaborating together. However, it is not revealed whether or not all the members of I.O.I will be performing. Even though it isn’t a collaboration, fromis_9 will be making their first performance as a group at MAMA Japan which is ahead of their debut.

2017 MAMA has been split up into three locations this year. There will be one in Vietnam held on November 25th, one in Japan held on November 29th and one in Hong Kong on December 1st! What do you think of the collaborations? Let us know in the comments below!