24K visited Europe several weeks ago with their ‘Still with 24U‘ tour. Visiting more than five cities across the European continent was not enough for their fans and so the group decided to return to Europe with an encore tour this October and November!

Cory, Changsun, Jeonguk, Jinhong, Hongseob and Kiyong are going to meet their fans in five cities this time, including two stops in Russia. 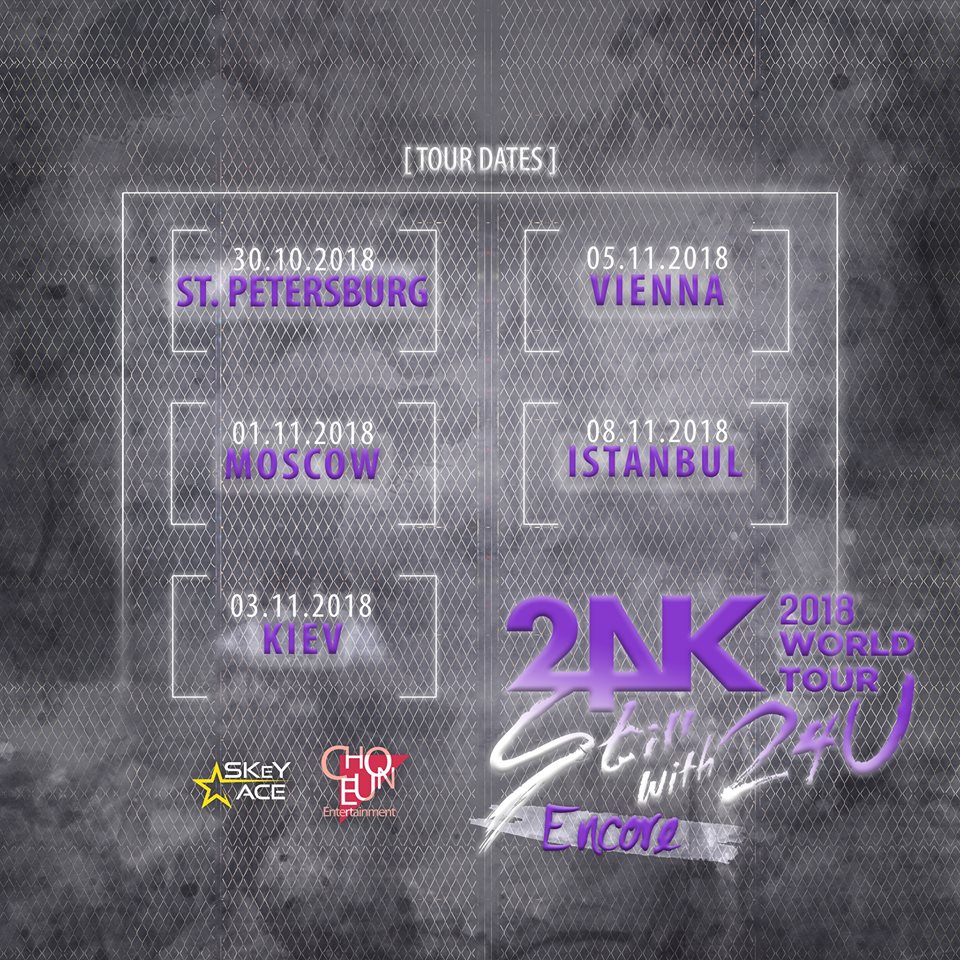 Stay close to us for more updates about this tour and in the meantime support the group by watching their latest MV ‘Bonnie and Clyde‘ and reading our coverage of the Prague stop where the boys made history.

Scroll for more
Tap
JUNOFLO has been added to the lineup of the 2018 MFBTY AU Tour in Sydney!
CRUSH: The first one to tour Europe in 2019
Scroll
Loading Comments...